CIDSE returned this year to the 5th session of the open-ended intergovernmental working group on business and human rights to follow the negotiations of the international legally binding instrument on transnational corporations and other business enterprises with respect to human rights (hereafter referred to as the Treaty).

CIDSE’s position towards the Treaty:

CIDSE welcomes draft 1 of the Treaty. Rooted in our direct work with women and men, communities and workers negatively affected by business operations, their experiences and proposals, we elaborated our own submission of recommendations for the next draft (available in English, French and Spanish).

Our activities at the session:

CIDSE was present throughout the week of negotiations with our members CAFOD, CCFD, DKA, Entraide et Fraternite, Misereor and Trocaire and many of our partners.

We participated with them in the demonstration for the Amazon, for Indigenous Peoples and for Climate Justice, denouncing transnational corporations and the free trade agreements. 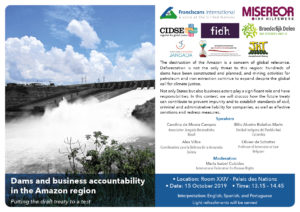 In our side event on 15th Oct. 13:15-14:45, lawyers and activists presented the cases of commercial dams negatively affecting human rights. An international expert analysed these cases in the light of the current revised draft legally binding instrument, in order to identify the gaps that this draft already fills, and the ones that may still not be addressed by the version negotiated at the 5th session of the OEIGWG. This was livestreamed on Facebook.

We shared our events throughout the week on our Twitter page and the negotiations were followed under the hashtag #BindingTreaty.

CIDSE and the Treaty Alliance

CIDSE is one of the leading members of the Treaty Alliance, a global coalition of civil society groups and movements supporting the development of a binding international instrument.
See the Treaty Alliance concluding statement about the IGWG 4th session (EN-ES).

Since the 4th session, CIDSE, its members and partners have been actively working on substantive issues.  The report “Making a Killing” (EN) highlights the experiences of land, environment and indigenous defenders, the violence against them and lack of global accountability.  The report “La Vigilance au Menu” (EN-FR) documents specific risks in the agribusiness sector to food sovereignty, human rights and the environment, and how to apply the duty of vigilance obligation; while the reports “Regulating Corporations to Ensure the Right to Food” (EN-FR) and “I Padroni della Terra” (IT) examine land grabs, their impact on the right to food and the lack of access to justice.

Our members have been active in raising public awareness and support for the Treaty and national action, including via campaigns “For Our Common Home – Defend the Defenders in the Amazon” from Development & Peace in Canada; “Defend People Under Attack” from Trócaire in Ireland; “Reprenons le pouvoir sur les multinationales” from CCFD-Terre Solidaire in France, “Stop Child Labour” from DKA Austria; “Against Profits Without Conscience” from Misereor in Germany; and “Let’s Close the Scissors of Inequality” from FOCSIV-Volontari nel Mondo in Italy; as well as via analyses “Justice à la Carte pour les Multinationales ?” from CCFD-Terre Solidaire in France; and « De l’or d’origine douteuse acheté par une raffinerie suisse » from Fastenopfer in Switzerland. 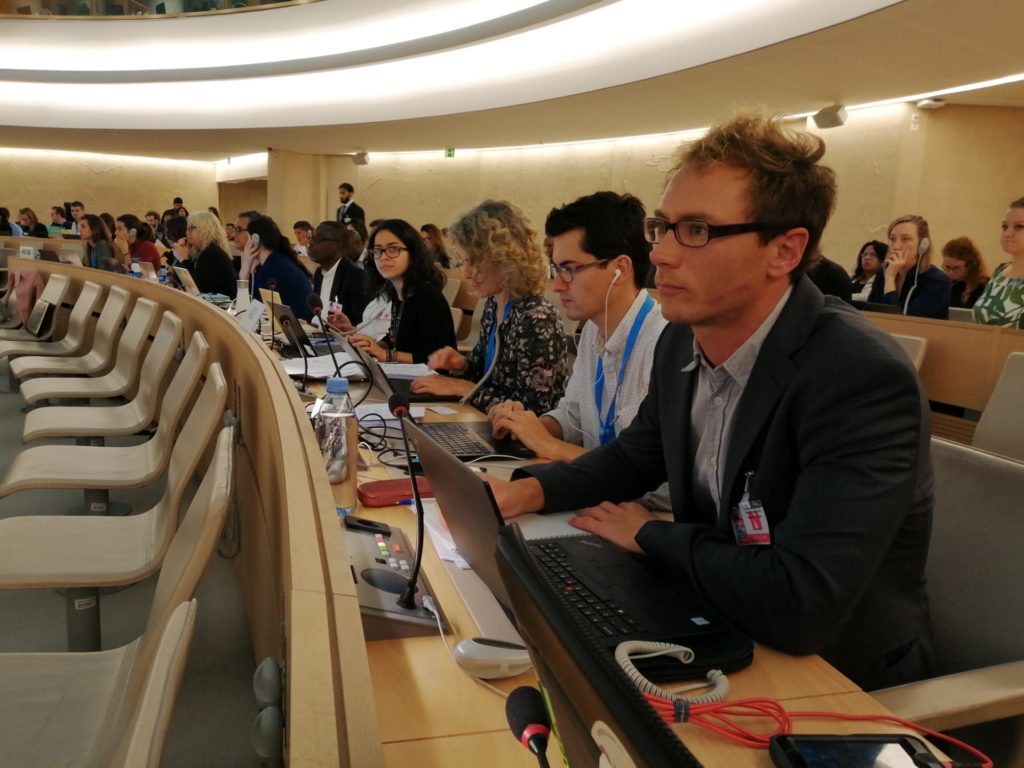