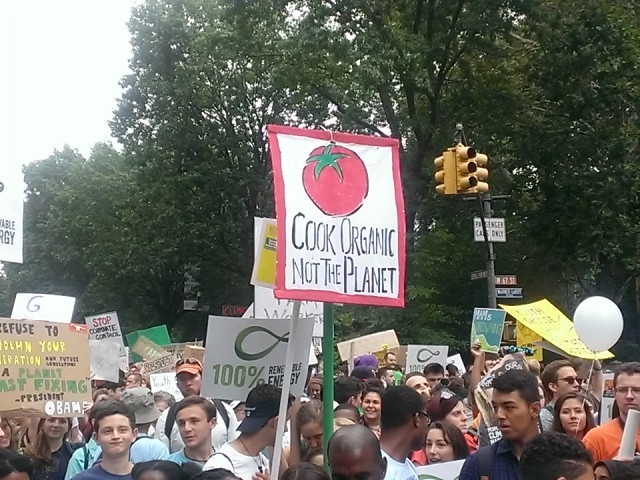 Today the UN Climate Summit in New York called by the Secretary General Ban Ki-moon sees the launch of a flawed and risky initiative: the Global Alliance for Climate-Smart Agriculture.

The Global Alliance on Climate-Smart Agriculture (GACSA) has emerged as a voluntary initiative, in parallel to and independent of the pre-existing global institutions and agreements that govern the world’s response to food insecurity and climate change. The Alliance established a roadmap during the third Global Conference on Agriculture, Food and Nutrition Security and Climate Change (held in 2013 in South Africa), which includes the launch of the Alliance during the United Nations Ban Ki-moon Climate Summit in September 2014.

The Global Alliance for Climate-Smart Agriculture circumvents the World Committee on Food Security (CFS) and the United Nations Framework Convention on Climate Change (UNFCCC), and does not address the structures behind problems. CIDSE warns of false solutions offered at the launch of the Alliance. “The definition of climate-smart agriculture offered is too broad to be useful, as it can also include damaging practices”, said Bernd Nilles, Secretary General of CIDSE, speaking in New York. “Instead we need enhanced action to implement internationally agreed and successful approaches serving people and the climate, such as strengthening local and regional food systems, resilience and respect of the right to food.”

The critique of the Global Alliance for Climate Smart Agriculture is being raised at the UN Climate Summit by a CIDSE delegation present in New York. CIDSE has also signed an open letter against the GACSA.

François Delvaux, CIDSE Policy Officer for Food and Agriculture, criticized the intransparent nature of the Alliance. “There seem to be no social or environmental safeguards in their working methods – not even a proper governance structure. This is not the way to save the climate, nor the way to help the 805 million people who already suffer from chronic hunger. We need to treat food as a right, not something to be turned into a commodity. If this is the emperor of global food and climate crisis governance, he truly is naked.”