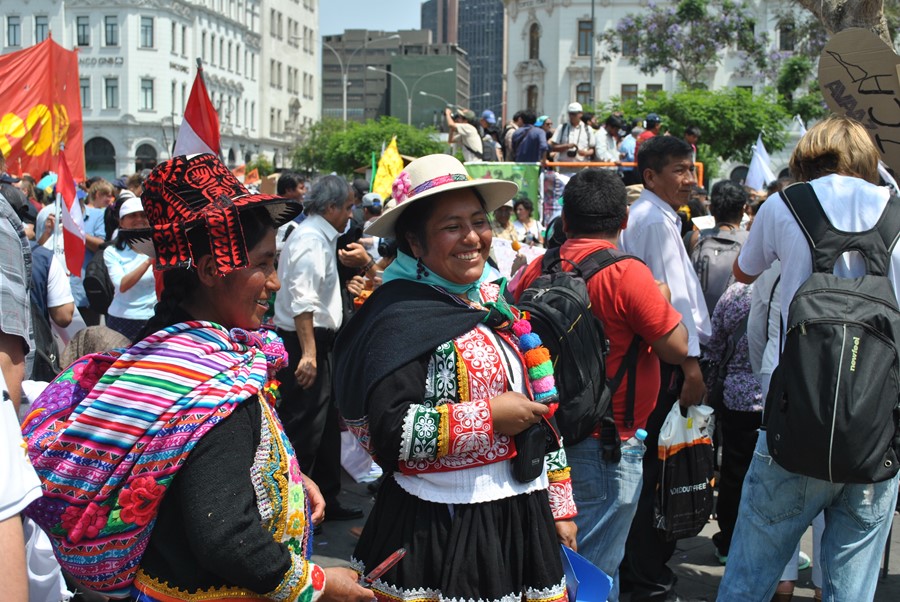 Yesterday the People’s Summit Against Climate Change ended in Lima, after 4 days of events, concerts and exhibitions, attended by a mix of international and Peruvian groups, who discussed and shared experiences on real solutions to tackle climate change.

CIDSE, together with CCFD-Terre Solidaire, Secours Catholique-Caritas France as well as with MOCICC (Movimiento Ciudadano Frente al Cambio Climatico) organised two events: one on agriculture, which touched upon possible alternatives against the so-called “false solutions” currently being promoted, with interesting stories from partners in Bolivia and Zimbabwe, and the second one on issues related to energy access and the extractivism model, which saw the participation of communities directly affected by the destructive mining industries in Peru, such as in Cajamarca or Cerro de Pasco regions.

To mark the occasion of World Human Rights Day on December 10th, about 15,000 individuals from all over the world marched in the streets of Lima, with peaceful chants and colourful banners to demand climate justice now. Unofficial words are saying that this was the largest climate march in Latin American history: messages of justice and the right to sustainable development echoed strongly from indigenous groups, miners, trade unions and international social movements, all united under the People’s Summit slogan “Change the System, not the Climate”.

As negotiations at COP20 have now entered heated debates with the start of the High-Level Segment, Ministers are now called to respond to people’s demands. And they have to do this right, as next year’s historic appointment for the climate change talks in Paris cannot be missed.

The website of the march, called Cumbre de los Pueblos Frente al Cambio Climatico in Spanish. You can find CIDSE’s photos from the march here.

Return to the overview of CIDSE at COP20