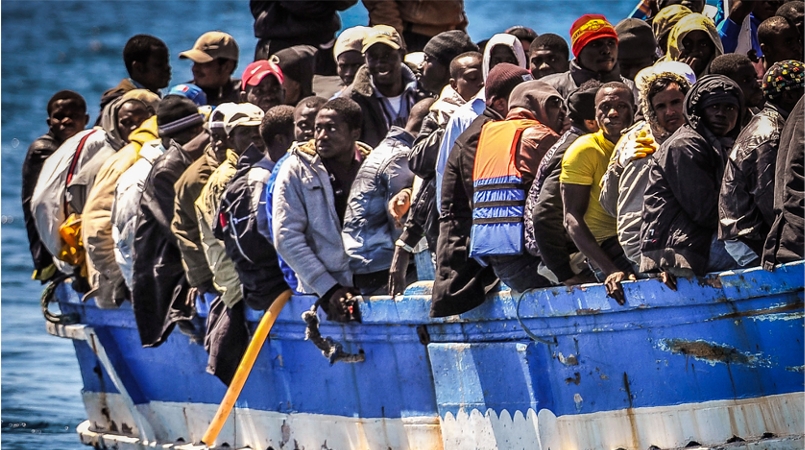 CIDSE expresses its concern about the continuing tragedy of migrant deaths in the Mediterranean Sea.

After several tragic events involving the death of migrants trying to reach European shores, CIDSE would like to express its deepest solidarity with the victims. A solution is urgently needed in order to prevent this suffering from reoccurring.

Below are a selection of articles and press releases published last week by our member organizations, expressing their thoughts and recommendations on this terrible situation.
–CAFOD (United Kingdom) strongly supports Pope Francis’ call to prevent further suffering for migrants crossing the Mediterranean Sea:
http://www.cafod.org.uk/News/Emergencies-news/Mediterranean-migrants

–CCFD- Terre Solidaire (France) launched an appeal to the President of the French Republic to push for measures at the EU level, and to open legal access to Europe to people who have fled situations of war and repression:
http://ccfd-terresolidaire.org/infos/migrations/sommet-exceptionnel-de-5017

–CORDAID (Netherlands) denounces the lack of action at the EU level:
https://www.cordaid.org/en/news/migrants-dying-european-indifference/

–FOCSIV (Italy), together with other Catholic organizations, addressed several recommendations to the Italian government, including the enforcement of a new European policy on migration and the establishment of a European Agency for Migration:
http://www.focsiv.it/comunicati-stampa/fermiamo-la-strage-dei-migranti-le-richieste-delle-organizzazioni-cattoliche-al-governo-italiano/

–Manos Unidas (Spain) demands that more investment in programs for International Cooperation and Development Aid to tackle the problem at its root:
http://www.manosunidas.org/noticia/tragedia-el-mediterraneo-contra-la-indiferencia-actua

–Misereor (Germany) calls the German population to adopt a positive attitude towards immigration and immigrants:
http://www.misereor.de/presse/pressemeldungen/pressemeldungen-details/article/schluss-mit-abschreckung-und-abschottung.html