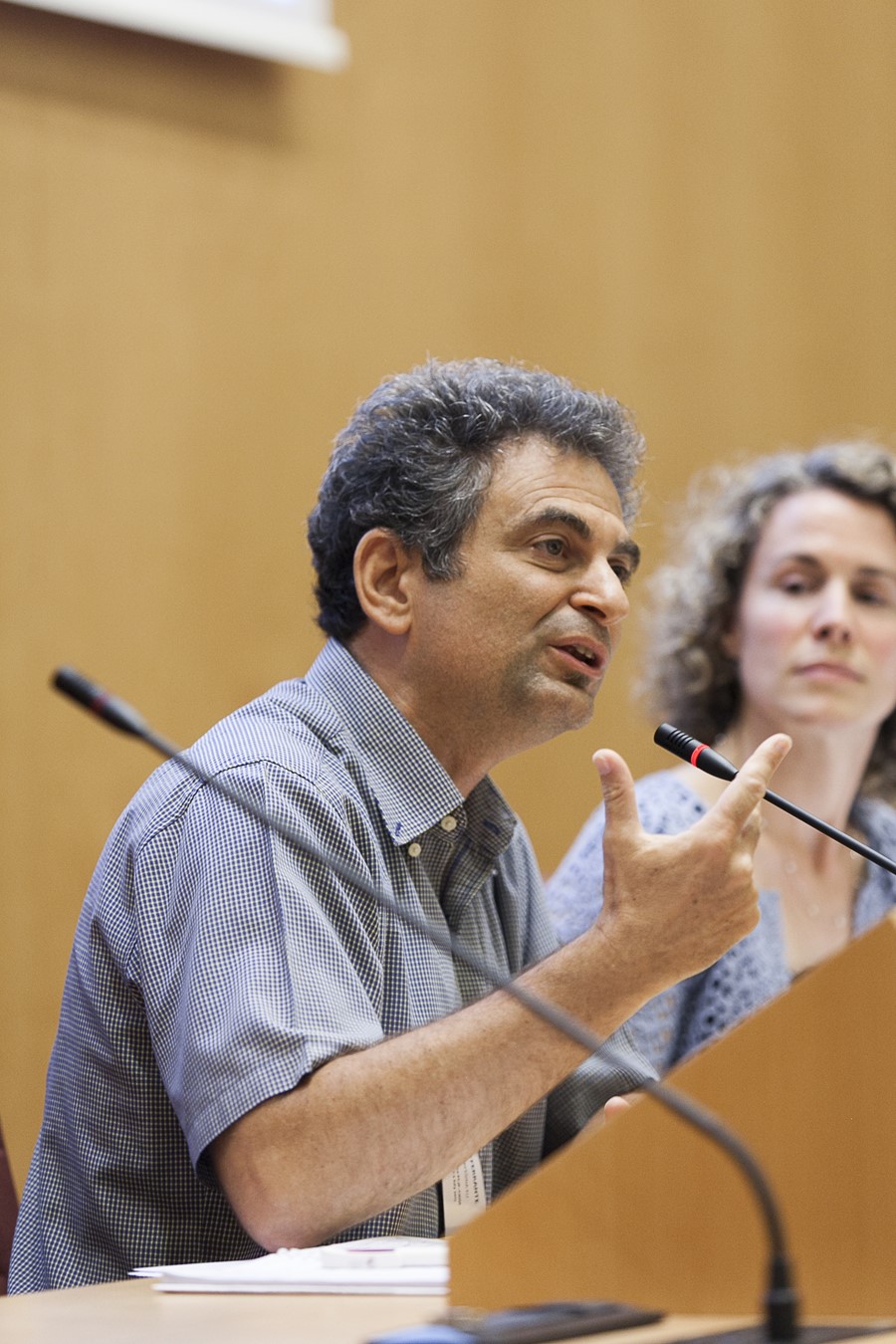 Reflections on the third panel dialogue at the Conference “People and Planet First: The Imperative to Change Course”, held in Rome 2-3 July 2015.

On the 2nd and 3rd of July 2015 CIDSE and the Pontifical Council for Justice and Peace held a conference in Rome on the topic: ‘People and Planet First: the Imperative to Change Course’ which brought together Church leaders, Decision Makers, and representatives of Catholic and civil society organisations from around the world. This blog reflects on a panel dialogue which took place during a session concerning ‘Pathways that respect our common home’ with emphasis placed on ‘Church, People, politics: how to work together to bring forward alternatives’. Panellists included Mgr. Louis Portella Mbuyu and Andrea Ferrante.

Facing crisis, climate change in this case, has the power to bring people from various backgrounds together. The panel on ‘Church, People, politics: how to work together to bring forward alternatives’ at a conference emphasising the need to put ‘people and planet first’ has indeed shown that secular organizations, social movements, and faith-based organizations and institutions can come together to share strategies, propositions, visions and analysis. The format of this conference allowed us as participants to go beyond the usual finicky technical discussions, and look at the climate crises from different and broader perspectives. And what struck me was the radical and challenging dimension of some of the analyses that were shared.

First of all, the Church, through the voice of Mgr. Louis Portella Mbuyu, vice-president of SECAM, highlighted the need for true radical transformation in our societies and lifestyles by approaching the concepts of degrowth1 and voluntary simplicity. These were radical ideas and concepts that we almost never hear when it comes to climate change; especially not through the mouths of official delegations but neither in the mouths of the many NGOs that are working on the issue. While the encyclical highlights that “we need to grow in the conviction that a decrease in the pace of production and consumption can at times give rise to another form of progress and development“ (…) and that “the time has come to accept decreased growth in some parts of the world”, Portella encouraged us to adopt a “prophetic lifestyle where we are not worried about having but about being. Sobriety, simplicity and humility: here are the fundamental qualities that we need to live now” he said. These messages are far from those that the ‘green economy and sustainable growth approaches that will save us all’ and from the overly simplistic messages that ‘switching to led light bulbs, not printing your emails and having faith in the fact that technology and renewable will save us all and allow us to keep more or less the same lifestyles’. These are the types of messages that usually circulate in mainstream media and organisations. This shows that we’ve just started exploring what kind of change is needed and will be imposed on us in the face of climate change, as no small adjustments will do. Radical changes in our lives and our societies are knocking at the door. Radical thinking, proposals and alternatives can only help us to create change by contributing in the elaboration of an alternative narrative and vision that will inspire our future actions and strategies.

The second message that struck me was when Andrea Ferrante from Via Campesina highlighted the conflictual dimension of climate change. Dominant discourses tend to imply that everybody will come out of this fight as a winner; according to them it’s all about win-win solutions. However, whether we succeed in tackling climate change in the coming years or not, our future will look radically different. To think that some of the structures and institutions that are at the core of our defective system will still be part of the picture of the society-to-come is an idealised but unrealistic statement that shows our limited ability to clearly see the changes that are at stake. As Andrea Ferrante puts it, implementing “agroecology means that somebody will not sell anymore seeds, pesticides or fertilizers because we think that the soil is a living organism and as it is a living organism I will not kill him with chemical fertilizers”. Conflict is at the heart of change and acknowledging that not all institutions and structures are part of the solution is something that needs to be done in order to help us move forward.

This raises questions about our strategies: do we need to engage with big companies? In the case of a win-win ideology – that is definitely not up to the task – it might be something we could consider. But in the conflictual framework portrayed by Andrea Ferrante, it cannot be envisioned:

“Last week Cargill came to the World Committee on Food Security ‘high level forum on connecting smallholders to markets’ and stated ‘we are the solution’. Cargill is the main actor of the global cereals market. They set the price of wheat and maize and determine the price of these products at international level. These products form a minimal part of the things that we eat, but by setting the prices for farmers in Burkina Fasso, in Italy or in India they are making us poor. And yet they came in that forum and said ‘ok we do charity, we have a nice program, we are giving money to CARE and with them we are making a good project for 30 000 families’ … Ah! Is this a good way of helping farmers worldwide?! How can we think that those actors can be our allies? It’s impossible because it is structurally impossible for them”.

In addition to the issue of collaboration with big companies, Andrea also addressed the problem of Climate-smart agriculture and green washing strategies put forward by the largest polluters stating: “those people are the main actors in GHG emissions and now they have something to say to the world so they invented Climate-Smart Agriculture. That is nothing else than trying to green a model that is totally unsustainable. How can we think that this global alliance for Climate-Smart Agriculture is somehow reducing poverty? We cannot limit ourselves to only think about reducing CO2 emissions (the Encyclical is quite clear about that), but these companies are saying nothing about reducing poverty because they can’t, because it’s structurally impossible for them”. As such, actors are trying to sell us their unsustainable models as solutions. We must acknowledge that their strategy is much more than a green-washing strategy: they are not just hiding their current practices and models behind a green façade, they are actively using climate crisis (as is the case with the food crisis) as an opportunity to expand their operations. A shock doctrine2 as Naomi Klein could have put it, further endangering our planet and our future.

The radical statements and elements of analysis that I extracted from this panel discussion are, for me, a confirmation that those who’ve insisted so much on portraying civil society organisations as dreamers are in fact the ones pursuing an unobtainable goal. The belief that everybody will win from tackling climate change; that we can change this world and our societies with modifications at the margins (or through marginal changes); that our lives and societies can go through these crisis without being heavily affected or transformed, and without addressing the inherent conflict that emerges because of them. This utopian belief is the now the major fallacy of our times.

So, as our societies might well be on the edge of collapsing, radical changes are needed without which radical changes will come to us. Creating a sustainable future requires work, not utopian beliefs that win-win situations are possible in our current system. Building a new narrative, going beyond discourses on growth and marginal changes, nurturing solidarity within communities, strengthening relationship between movements sharing similar visions, and initiating, multiplying, and strengthening pockets of resilience at local level while making them visible to other citizens and decision-makers: this is where hope probably lies. These ideas should therefore be at the centre of our actions and strategies.

Still, some important questions remain to be answered: What does it mean for me as a human being to take these elements into account? What does it means for us as organizations? What does it mean for us as members of communities? By clarifying certain analysis and strategies, by providing us with bits and pieces of information on concepts, strategies and reflections that can help us move forward, In this way, by challenging us, the encyclical and the various panellists of the conference have invited us to reflect on our own lifestyles, on our place and role in society (as individuals and organizations), on our efforts to try to shape society-to-come, and on the positions and strategies we’ve taken so far. 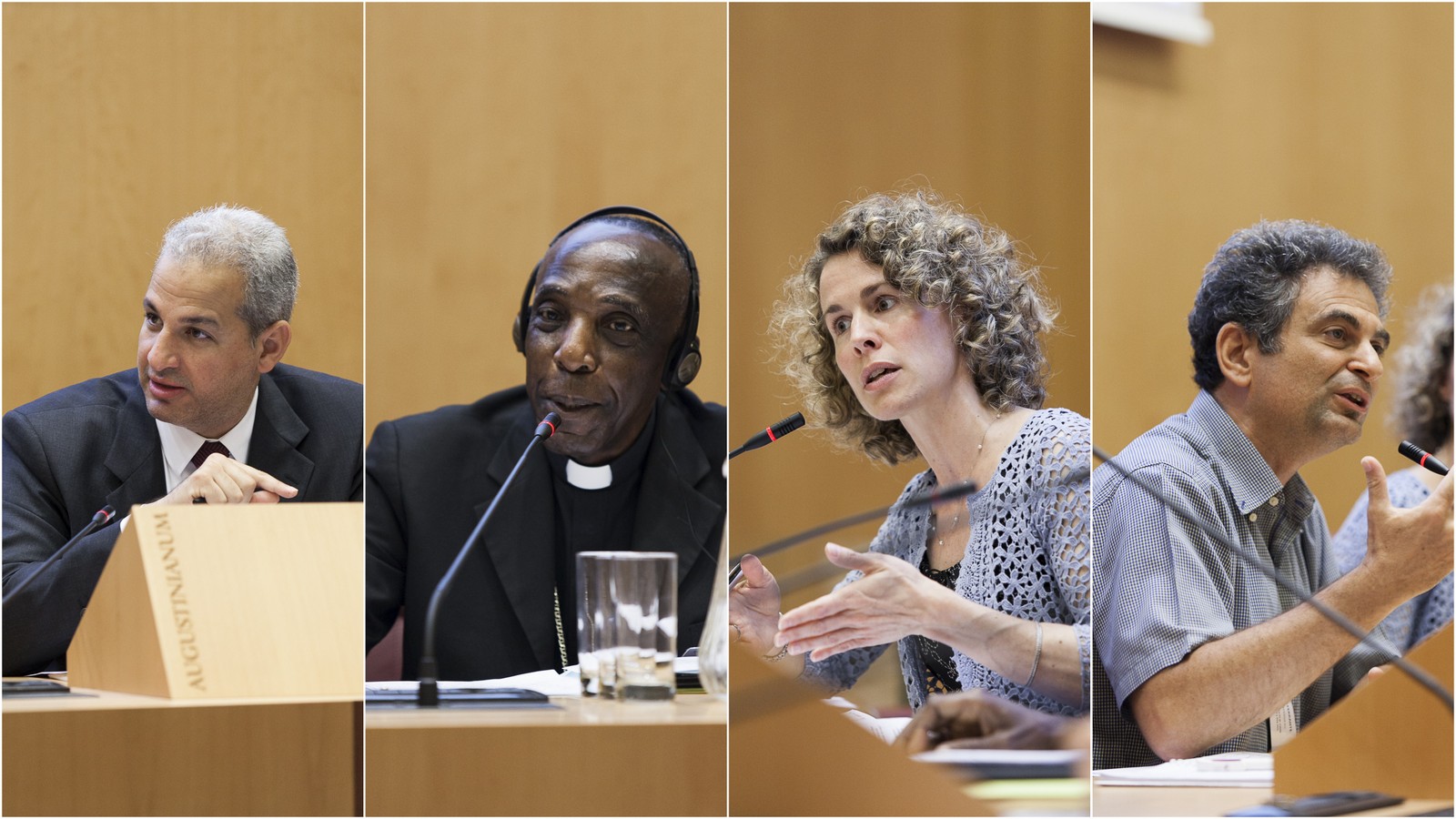 1 One definition of degrowth: “Sustainable degrowth is a downscaling of production and consumption that increases human well-being and enhances ecological conditions and equity on the planet. It calls for a future where societies live within their ecological means, with open, localized economies and resources more equally distributed through new forms of democratic institutions. Such societies will no longer have to “grow or die.” Material accumulation will no longer hold a prime position in the population’s cultural imaginary. The primacy of efficiency will be substituted by a focus on sufficiency, and innovation will no longer focus on technology for technology’s sake but will concentrate on new social and technical arrangements that will enable us to live convivially and frugally. Degrowth does not only challenge the centrality of GDP as an overarching policy objective but proposes a framework for transformation to a lower and sustainable level of production and consumption, a shrinking of the economic system to leave more space for human cooperation and ecosystems”. Source: http://www.degrowth.org/definition-2

2 “The suggestion is that when a society experiences a major ‘shock’ there is a widespread desire for a rapid and decisive response to correct the situation; this desire for bold and immediate action provides an opportunity for unscrupulous actors to implement policies which go far beyond a legitimate response to disaster” (Wikipedia)