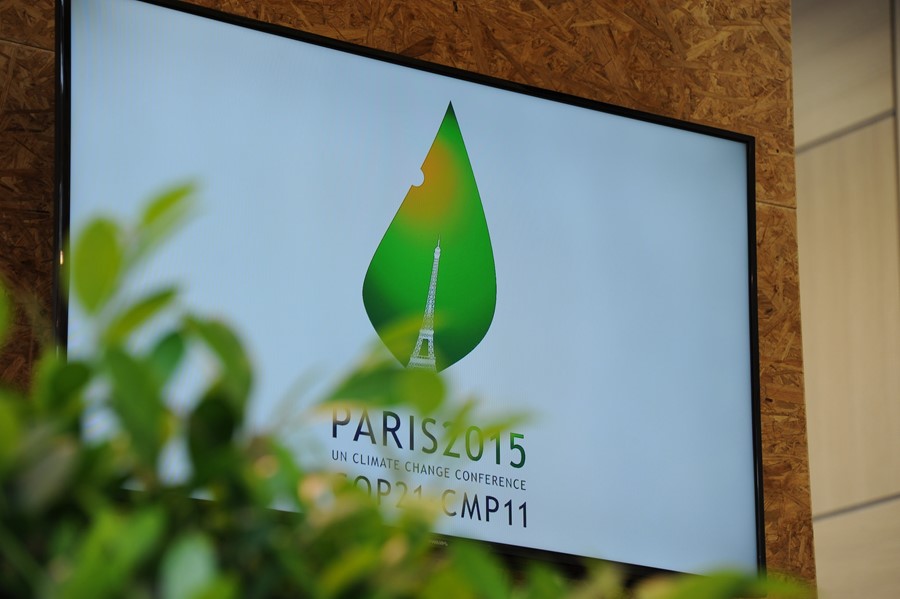 CIDSE is in Bonn with its members CCFD-Terre Solidaire (France) and Trócaire (Ireland).

Once again, CIDSE boarded the train to Bonn, where negotiators have been gathered since yesterday for one of the last sessions (31 August- 4 September) of the United Nations Framework Convention on Climate Change (UNFCCC) to take place this year. In this session the co-chairs of the negotiations will collect responses to their proposed draft agreement, and a decision will be made on which documents will be included in the formal agreement and which will go into the accompanying COP decision document.

The Bonn session takes place immediately before a ministerial meeting. The ministerial discussions will tackle how finance and adaptation are to be included in the Paris agreement. The meeting will also deal with the thorny issue of how to source and deliver the $100 billion a year in climate finance promised by 2020; a prerequisite for poorer countries to sign on to the new agreement in December.

Climate finance, which is crucial to enable countries to carry out the transition towards a low carbon path, is one of the deal breakers for negotiations. It is therefore essential that climate finance, specifically in the form of public funds, is guaranteed to allow for adaptation in the most vulnerable regions affected by climate change. At the EU level, important informal and formal upcoming ECOFIN meetings, such as that on 10 and 11 September and on 10 November, will define the EU mandate for COP21 on climate finance. These will be important opportunities to define a pre-2020 roadmap and get clarity on how predictable and adequate climate finance post-2020 will be delivered.

Pa Ousman Jarju, chair of the Least Developed Countries Group (LDC) and The Gambia’s Minister of Environment, Climate Change, Water Resources, and Parks and Wildlife, whom we met during our conference “People and Planet First: the Imperative to Change Course” gave interesting insight on the need for finance and adaptation in the Gambia and provided a LDC perspective on the negotiations in this interview.

While following the negotiations, our thoughts go back to the last session in Bonn in June, which ended with little progress. Since then, however, throughout the summer, several encouraging signals have come from faith communities; calling for a strong agreement in Paris to face climate change.

For a start, the Bonn session coincides today with the “World Day of Prayer for the Care of Creation”: the outcome of an initiative by Pope Francis. This day is dedicated to the care for creation and aims to highlight environmental concerns ahead of COP 21. It follows on from the Pope’s Encyclical Laudato Si’, which sparked worldwide reflection, inside and outside the Catholic World, on environmental concern and the steps we need to embark upon to protect our common home. September 1st is also the day Orthodox Christians mark for protection of the environment: this gives the occasion added symbolism and signals openness between the Eastern and Western branches of Christianity.

Additionally, a group of 60 Muslim leaders and Islamic scholars have recently produced an “Islamic Declaration on Climate Change” for the first International Islamic Climate Change Symposium (Istanbul, 17-18 August). The declaration includes an appeal to rich nations and oil-producing states to “lead the way in phasing out their greenhouse gas emissions as early as possible and no later than the middle of the century”. It also adds a call to people of all nations and their leaders to “set in motion a fresh model of wellbeing, based on an alternative to the current financial model which depletes resources, degrades the environment, and deepens inequality”.

Another encouraging signal of faith communities’ engagement against climate change came in June through the Lambeth Declaration. This declaration, signed by faith leaders in the UK, calls on faith communities to recognize the pressing need to make the transition to a low carbon economy.

We hope that the bold calls by so many different communities, embraced by people around the world, will be reflected in the negotiations’ outcomes.

Today, as on the first day of every month, CIDSE joins the Fast For the Climate Initiative: a movement of youth, environmentalists and people of faith showing the strength of their commitment by going without food once a month to call for world leaders to do more to solve the climate crisis.