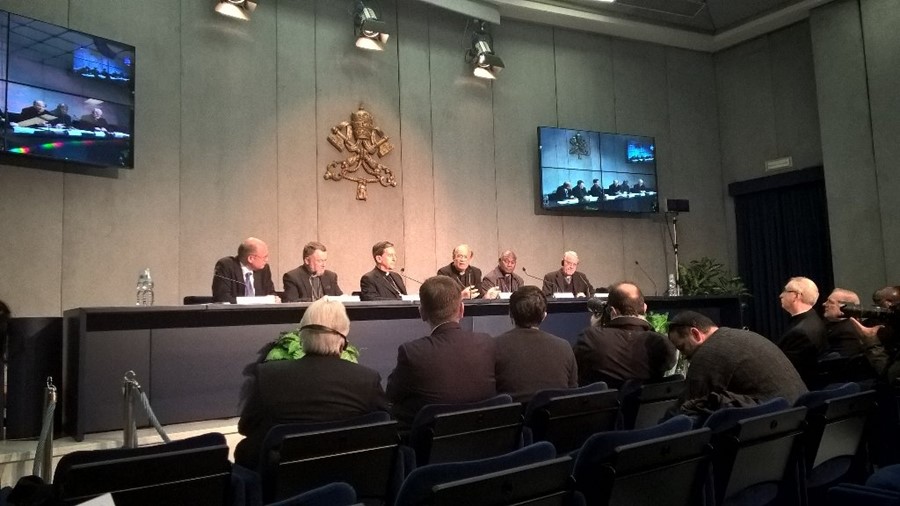 Today, the presidents of all the continental Associations of Bishops’ Conferences issued a compelling appeal to the negotiating parties and heads of state working towards a new international climate agreement to be agreed this December at COP 21 in Paris.

(The full statement in English, French, Spanish and Italian can be dowloaded from the attachment below)

The appeal underpins the importance of the Encyclical Laudato Si’ by Pope Francis. The signatories “join the Holy Father in pleading for a major break-through in Paris, for a comprehensive and transformational agreement supported by all.”
The appeal is a powerful call to work towards the approval of a fair, legally binding and truly transformational climate agreement that must put the common good ahead of national interests and should protect our common home and all its inhabitants. The agreement, according to the signatories, should limit global temperature increases to avoid catastrophic climatic impacts, especially on the most vulnerable communities. Based on scientific evidence, faith leaders recognize that excessive reliance on fossil fuel is primarily responsible for accelerated climate change, and they call not only for “drastic reduction in the emission of carbon dioxide and other toxic gasses”, but also for ending the fossil fuel era.

Putting forward a ten-point proposal (see the 10 points in the notes to the editors), the appeal draws on the concrete experience of people across continents, and links climate change to social injustice and the social exclusion of the poorest and most vulnerable of our citizens. As Pope Francis states in Laudato Si’, the climate is a common good, belonging to all and meant for all, and its degradation challenges us to re-define our notions of growth and progress, rethinking our lifestyles. The Church is also witness to how climate change is affecting vulnerable communities and people, and signatories therefore “call for social justice to be placed centre stage”.

The appeal was written in collaboration with our Catholic networks CIDSE (international alliance of Catholic development agencies) and Caritas Internationalis and with the sponsorship of the Pontifical Council for Justice and Peace.
Cardinal Gracias, President of FABC, who presided at the press conference said: “We the Presidents of the continental associations of Episcopal Conferences call on the COP21 negotiators in Paris to come in December to a binding agreement in order to avert the dangers of climate change. It is our responsibility to convey, with a clear and confident voice, the message of Pope Francis’s Encyclical Laudato Si’ of caring for the earth and caring for the poor.”
The Church leaders at the press conference highlighted that climate change is already a reality in all regions and that climate impacts and risks are particularly high for Small Island States, coastal regions, and those working in agriculture, with tragic consequences for poor communities. The Bishops emphasised that the rich countries, producing and consuming the largest proportion of carbon-based energy, have real responsibilities towards poorer countries.

CIDSE warmly welcomes the declaration, which reaffirms the Church’s engagement for a fair and transformational climate agreement. “We feel that this document, as well as the Encyclical Laudato Si’, underpin the work many Catholic groups worldwide are doing for climate justice. “Climate change is clearly not only an environmental problem but the result of a failing model of consumerism, fossil fuel exploitation and injustice. A transition towards well-being for all, recognizing nature and the atmosphere as common goods, is required,” said CIDSE Secretary General Bernd Nilles.

-The full statement can be downloaded from here below

-Pictures from the press conference, including the signature of the statement, will be available here: https://www.flickr.com/photos/cidse/albums/72157657518271633

-The Press Conference may be followed via live audio-video streaming on the site: http://player.rv.va/ (Vatican Player of the Vatican Radio), where it will subsequently remain available on demand, or on the CTV YouTube channel: http://youtube.com/vatican which offers only direct streaming during the event.

The 10 points:
1. to keep in mind not only the technical but particularly the ethical and moral dimensions of climate change as indicated in Article 3 of the United Nations Framework Convention on Climate Change (UNFCCC).
2. to accept that climate and atmosphere are global common goods that are belonging to all and meant for all.
3. to adopt a fair, transformational and legally binding global agreement based on our vision of the world that recognises the need to live in harmony with nature, and to guarantee the fulfilment of human rights for all, including those of Indigenous Peoples, women, youth and workers.
4. to strongly limit a global temperature increase and to set a goal for complete decarbonisation by mid-century, in order to protect frontline communities suffering from the impacts of climate change, such as those in the Pacific Islands and in coastal regions.
• to ensure that the temperature threshold is enshrined in a legally binding global agreement, with ambitious mitigation commitments and actions from all countries recognising their common but differentiated responsibilities and respective capabilities (CBDRRC), based on equity principles, historical responsibilities, and the right to sustainable development.
• to secure that the emissions reductions of governments are in line with the decarbonisation goal, governments need to undertake periodic reviews of the pledges they make and of the ambition they show. And to be successful these reviews need also to be based on science and equity and shall be mandatory.
5. to develop new models of development and lifestyles that are climate compatible, address inequality and bring people out of poverty. Central to this is to put an end to the fossil fuel era, phasing out fossil fuel emissions, including emissions from military, aviation and shipping, and providing affordable, reliable and safe renewable energy access for all.
6. to ensure people’s access to water and to land for climate resilient and sustainable food systems, which give priority to people driven solutions rather than profits.
7. to ensure inclusion and participation of the poorest, most vulnerable and impacted at all levels of the decision-making process.
8. to ensure that the 2015 agreement delivers an adaptation approach that adequately responds to the immediate needs of the most vulnerable communities and builds on local alternatives.
9. to recognise that adaptation needs are contingent on the success of mitigation measures taken. Those responsible for climate change have responsibilities to assist the most vulnerable in adapting and managing loss and damage and to share the necessary technology and knowhow.
10. to provide clear roadmaps on how countries will meet the provision of predictable, consistent, and additional finance commitments, ensuring a balanced financing of mitigation actions and adaptation needs.