Klimaatloop (Climate pilgrimage) in the Netherlands – CIDSE
Skip to content 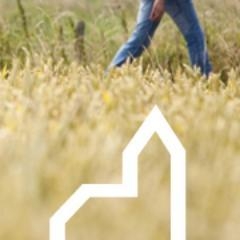 All over the world, people from churches and other religions have been moved to take action for an effective and equitable climate policy, under headings such as Act now for climate justice, We have faith, Bringing faith to the climate talks, Geht doch in Germany and Make 2015 the year of hope here in the Netherlands. Literally moved, by the way, because increasingly these actions are taking on the form of pilgrimages, whether by foot or bicycle.

This ‘religious movement’ seems larger and broader than in the past, and it is attracting more attention. Even more so after the Paris attacks. Where did this all begin? And what does it mean? Is this the work of the Spirit, as we like to call it?

All these pilgrimages are generating widespread enthusiasm. Hundreds of people participated in the Klimaatloop (Climate pilgrimage) in the Netherlands, organized by a broad coalition of churches around the Dutch Council of Churches and a number of affiliated faith-based organizations, including Cordaid. Participants view the pilgrimage as a new, positive way of conveying their commitment to a good climate and climate policy. The Climate Pilgrimage has also attracted people who were previously less engaged with climate issues, but who essentially liked to walk and by participating became more aware of the urgency to tackle climate change. There are also people participating who (no longer) have that much of a connection with the churches, but recognize the extremely positive role that churches are playing. Some even view these events as another way of practicing faith.

It is tempting to attribute this movement to Pope Francis and his Laudato si encyclical. This papal letter undoubtedly mobilized people. That is also true of the Pilgrimage of Justice and Peace, which the World Council of Churches organized and asked people to join in 2013. At the same time, the encyclical and the pilgrimage are a sign that clerical and religious attention for sustainability and climate change is on the rise.

There is more to it than meets the eye. That is evident from the fact that the movement is literally growing outside religious circles too, such as the Urgenda Climate Miles and the Climate March, which various environmental organizations are taking part in. At this point, climate change has become an incontrovertible scientific fact. Indeed, we are being constantly confronted by increasingly frequent and alarming reports about super storms, severe flooding and extreme drought. More and more, people are linking this to a runaway global economy that seems characterized more by ‘every man for himself’ than ‘God for us all.’ It is an economy that is burdening us with all kinds of crises, from the 2008 global financial crisis to the Eurozone crisis in recent years. The opposition against it is on the rise, and that is part of the reason for the growing concern about climate change. It has also helped that the UN Millennium Development Goals for poverty reduction and development were replaced in 2015 by the Sustainable Development Goals, in which stainability and climate change play an important part, in addition to poverty reduction and development.

Does that make the religious movement a mere repetition and copy of the movement elsewhere in society? It almost seems that way sometimes, when it talks about climate change in the same alarming tone as is often heard in the environmental movement, which the slogan Act now for climate justice does evoke to a certain extent. At other times, the religious movement even seems to see itself as the vanguard, when it argues that “bringing faith to the climate talks” is necessary to establish a moral compass for the climate negotiations.

But there is another side to the story too. That becomes clear if we link Act now for climate justice to We have faith. It is precisely this link that makes it clear that Act now does not so much mean “time is running” out, but rather that every step – literally and figuratively – matters. Or, to put it another way, it is never too late and no one is ever too unimportant to make a meaningful, positive difference. Fighting climate change is not a matter of devising a masterplan that first has to be designed by government leaders and then implemented by us, before it is too late. It is a matter of everyone repeatedly making contributions, through all layers of society, from our neighbor to government leaders and CEOs. Steps taken by one, even if they are small, can inspire others to move ahead. Gradually this will lead to a climate of enhanced mutual trust and a movement that inspires confidence.

Will this help us save the climate? Before it is too late? No one can guarantee that. But the Climate pilgrimage, which is set up as a relay, expresses the notion that we do not have to all save the climate ourselves, nor can we, but that one of us can pick up where another left off. Indeed, the essence of We have faith is the belief that we can be positively surprised – surprised by this confidence-inspiring process, by being part of it as it unfolds, and surprised by each other. The point is not that we have to be able to save the climate. The point is that we have to be willing to play our part in a movement that hopes and trusts that this will happen. We do not have to save the climate; we just have to actively participate in the process. Then we will witness real change. That will be apparent if we, from all layers of society, save the climate after all, even if Paris 2015 does not ultimately succeed in achieving what we all want it to. This is the hope and confidence conveyed by the Climate Pilgrimage. So with these two things in mind, let us not judge Paris a failure too quickly after it ends. Even if just to avoid playing into the hands of “the opposition”, as Tom Athanasiou from EcoEquity also argued recently in his powerful article “Paris: The End of the Beginning” – as opposed to “The Beginning of the End”.

Christiaan Hogenhuis
Oikos Foundation and Coordinator of the Klimaatloop: churches on the road to an equitable climate policy
www.stichtingoikos.nl / www.klimaatloop.nl