Press release: A new campaign gives voice to citizens to tell EU leaders to “Stand up in favor of an ambitious regulation on conflict minerals” – CIDSE
Skip to content 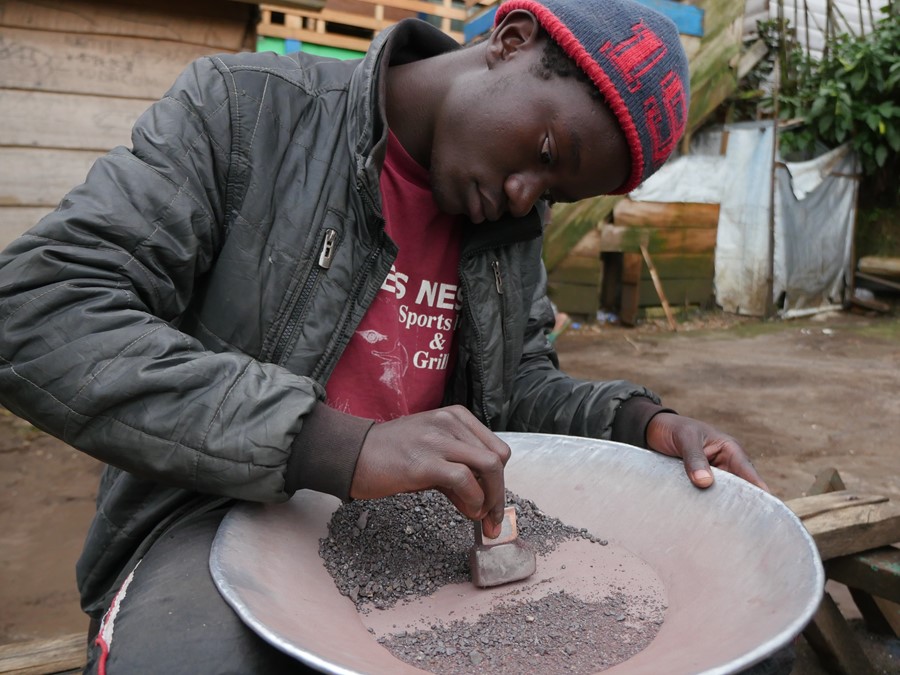 One month after the beginning of the Trialogue on conflict minerals (the negotiations between the European Parliament, the European Commission and the 28 EU Member States that form the EU Council) CIDSE, EurAc and Commission Justice & Paix launch a campaign to maintain high pressure on EU decision makers.

Through this campaign, citizens will have the possibility to sign a letter alerting politicians that they are “deeply worried that the products (they) buy might hide a story of suffering”.
In the final stretch to make their voices heard on the “conflict minerals” regulation, citizens will ask EU negotiators to stand up for a legislation that puts the ethical dimension at its core, rather than pushing a position that puts profits before people. In May 2015, following strong public pressure, the European Parliament voted in favor of an ambitious and mandatory regulation. But this achievement is now at risk as many EU Member States are opposing a mandatory law and pushing for a voluntary and partial system, which is not sufficient to help put an end to conflict minerals and to give guarantees to EU citizens that their electronic products don’t hide stories of suffering. 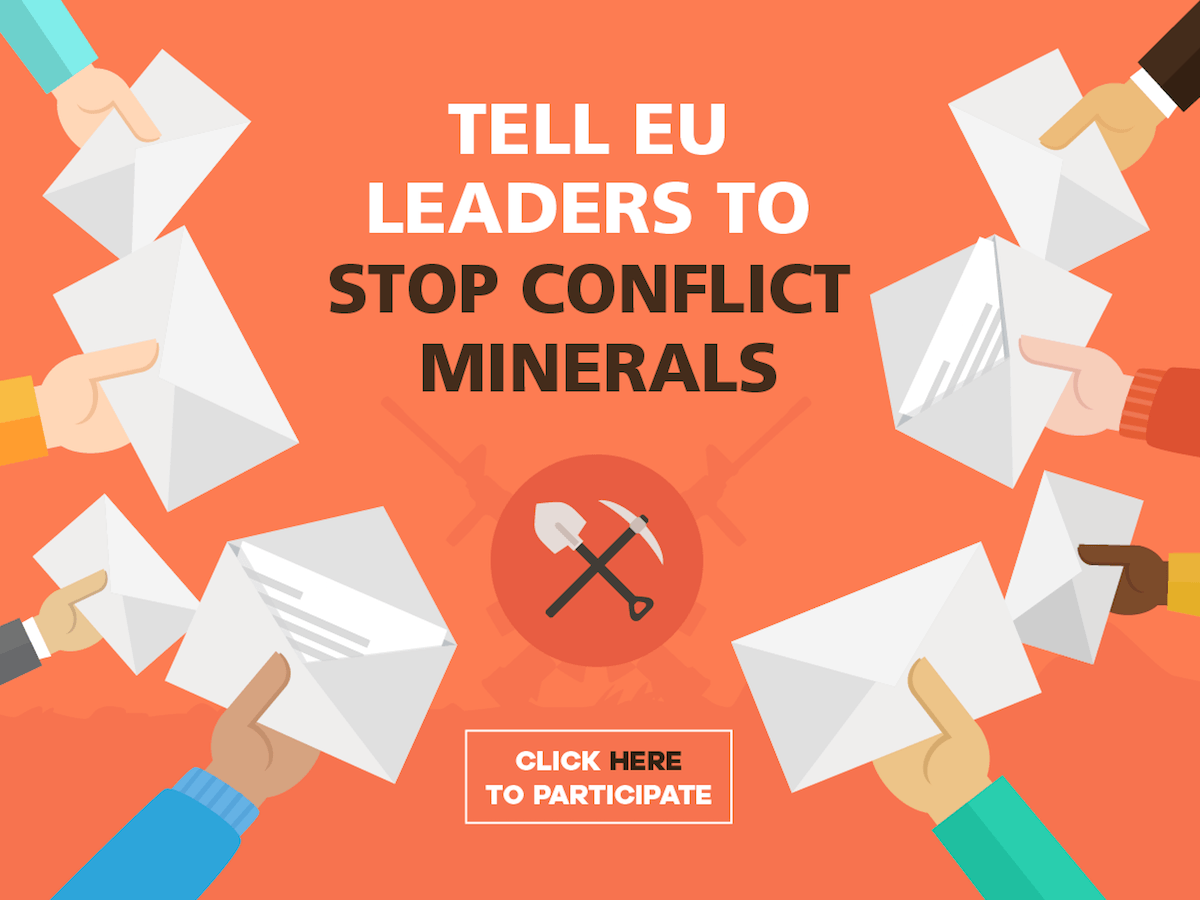 While sourcing minerals coming from conflict-affected or high-risk areas, European businesses are at risk of contributing to fuelling violence to the detriment of human rights, peace and development if they can choose not to undertake proper checks in their supply chains. In this way, “conflict minerals” can find their way into our computers, our telephones, our cars. CIDSE’s Secretary General, Bernd Nilles, highlights that “through this campaign action, European citizens will be able to act and show to their representatives that they don’t want to be complicit with this deadly exploitation and trade of natural resources. We trust that the citizens’ messages addressed to key EU decision makers will encourage them to rise to the occasion and act strongly on this regulation, reflecting the concerns of many European citizens.”

For the legislation to truly contribute to breaking the links between natural resources and conflicts, citizens call on decision makers to:
1. Show leadership on this issue by supporting mandatory due diligence requirements along the entire supply chain.
2. Support a Regulation that aligns with the OECD Due Diligence Guidance on Conflict Minerals, by:
• Ensuring that all due diligence obligations are consistent with the OECD standards
• Engaging companies downstream of metal importers, in particular companies that place products containing covered minerals on the EU market
• Including language that reflects the flexible and progressive nature of due diligence.

Background on the conflict minerals regulation:
In the absence of a strong regulatory system, European citizens cannot be sure that the products they buy and use daily didn’t involve human rights violations. To tackle this issue, the European Commission proposed the “conflict minerals” regulation in March 2014. The proposal was disappointing in many ways: it consisted in a self-certification system that companies could voluntarily join, and it only apply to importers of raw material, while not covering all products entering the EU market that contain the targeted minerals. In May 2015, the European Parliament (EP) strengthened the proposal by requiring all European companies manufacturing or importing components and final products containing the targeted minerals to check if their supply chains don’t fuel conflicts or participate in human rights violations. Even if some gaps still remain, our organisations welcomed this vote as an important step forward. Unfortunately, the Council’s mandate agreed by COREPER on 17 December 2015 falls below the international standard developed by the OECD (see the policy briefing: “EU responsible mineral sourcing regulation: civil society response to the Council mandate agreed by COREPER on 17 December 2015”) to foster transparency in mineral supply chains (OECD Due Diligence Guidance). EU Trilogue negotiations on the draft regulation started on 1 February 2016. The European Commission, the European Parliament and the Presidency of the European Council will attempt to agree a compromise text in the coming months.

-About EurAc
EurAc, the “European Network for Central Africa”, brings together 41 European organizations, from 11 European countries that are active in Central Africa. EurAc’s members wish to tackle the structural causes of instability in the Great Lakes region and support local dynamics. EurAc’s members share the same vision and objective: a policy of the EU and its Member States in Central Africa that is coherent and attentive to the needs and aspirations of the populations of this region, particularly the most vulnerable and most marginalised.

-About Commission Justice & Paix
Commission Justice & Paix, “To understand to act better”, is a Belgian organization with Christian inspiration. Their work focuses on promoting human rights and justice, as a factor of peace and sustainable development. Prevention and management of conflict and post-conflict is at the heart of their work.