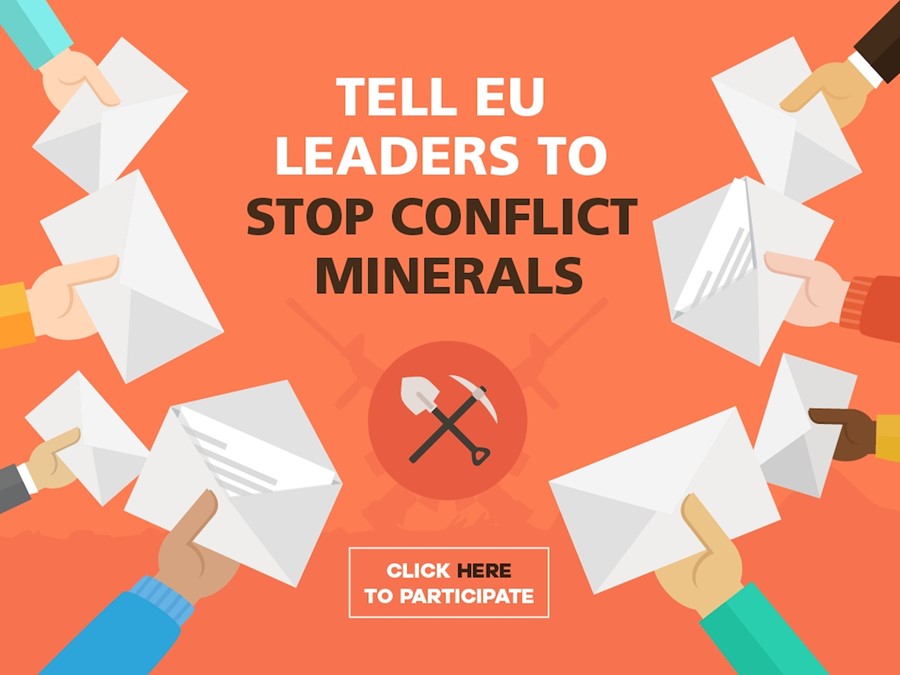 Did you know that the extraction of minerals for your smartphone, tablet or laptop could have funded armed groups?

In countries such as Colombia, Democratic Republic of Congo and Myanmar, local populations can be victims of mutilation, massacres, rape, slavery and massive displacements just because they live near a mine. In these countries many people are suffering from this spiral of violence linked to natural resource extraction.
The EU needs an effective regulation that will contribute to reestablishing peace!

The EU decided to take action on this and made a proposal aiming to ensure responsible sourcing of minerals by businesses. In May 2015, following strong public pressure, the European Parliament voted in favor of an ambitious and mandatory regulation. But this achievement is now at risk as many EU Member States are arguing only for a voluntary scheme, putting profits before people.

Click here to join the action and send a message to decision makers!