One Family at a Time – CIDSE
Skip to content 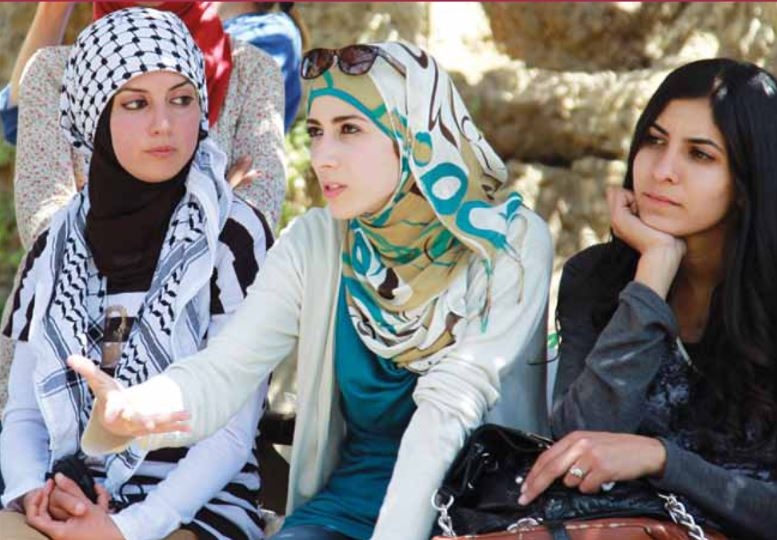 The days and months go by at a small town near Bethlehem with hardly any reason for its Palestinian residents to celebrate. But today the atmosphere inside one of the homes is different; the family is preparing to celebrate the home-coming of their 16-year old son after spending three months in an Israeli prison.

“Hasan likes the chicken dish I make with rice and roasted almonds” the mother said with a twinkle in her eyes as she raced with time to finish everything she needed to do before the convoy of cars decorated with Palestinian flags ushers Hasan home.

The party was loud and chaotic and everyone had great fun. Hasan felt he was a hero; the whole town welcomed him home and the tears in his mother’s eyes were tears of joy. The sound of the loud bang at the door and the image of masked and heavily armed soldiers storming into the house in the middle of the night had faded away. The fear was gone; at least for the time being.

Hasan and his family are among an estimated 800,000 Palestinian men, women and children who have been imprisoned by Israeli authorities since Israel occupied the West Bank, the Gaza Strip and East Jerusalem in June 1967. This year marks the 49th anniversary of occupation and millions of Palestinians still live under occupation and as a result are suffering from serious human rights violations.

Over the years, the Women’s Centre for Legal Aid and Counselling (WCLAC) has collected testimonies from Palestinian women in the West Bank, East Jerusalem and Gaza on a whole range of issues, highlighting the impact of Israel’s human rights violations on women. In these testimonies women managed to convey powerful human stories in which they described the human cost of life under occupation. However, there is one issue, above all others, which stands out due to the frequency with which it occurs and the devastating impact it has on women and that is night raids conducted by Israeli military into Palestinian villages and homes which have been taking place on a nightly basis in the occupied territories for the past 49 years, one family at a time, to the extent that women believe it is not a question of whether their house will be raided and their children arrested, but is rather a question of when.

According to a report issued by WCLAC, it is estimated that the Israeli military conduct nearly 1400 night raids each year, with over 68,600 since military law was imposed in June 1967. In a sample of 100 instances of night raids conducted since 2014, the one common thread mentioned by the women who provided testimonies to WCLAC was a sense of terror. The raids usually begin at around 2:00am with aggressive banging at the front door or simply an explosion to blow it in. Masked soldiers storm into the house as the family tries to comprehend what is happening. Sometimes a family member will be arrested, other times not. The house will be searched with reports of damaged furniture, wardrobes emptied with contents thrown to the floor, while soldiers leave muddy boot marks throughout the house.

WCLAC’s testimonies reveal that every night raid occurs on average within two kilometers of an Israeli settlement built in occupied territory in violation of international law. It should come as no surprise those Palestinian women who live in close proximity to an Israeli settlement show signs of severe anxiety and depressions.

One mother told me she sleeps on a couch by the window overlooking the main road to keep an eye in case the military enter the village, raid her house and arrest her son. She wants to be able to wake her children gently to save them the horror of the loud bang at the door. The stress and deep sense of insecurity is unmistakably felt the minute one walks into these houses. It manifests itself physically, mentally and psychologically. Some mothers look 10 years older than they are. They complain of chronic headaches, hypertension, stomach pains, insomnia and other symptoms typical of stress and anxiety.

The fear and insecurity that come along with the settlements have found their way deep into these mothers’ psyche, a place where they can go un-noticed by the media and politicians but where they can cause irreversible damage, steal dreams, and nurture resentment and despair.

The simple fact is that to guarantee the protection of hundreds of thousands of Israeli civilians living illegally in occupied territory, the army must engage in mass intimidation of the Palestinian population.

In reality there is nothing to celebrate in the little house at the edge of that village near Bethlehem where children are terrified and mothers don’t sleep. Meanwhile in the nearby settlement Israeli mothers sleep all night and children dream of a bright future, under the ever watchful eye of one of the world’s most powerful militaries and the blind eye of the international community.

Salwa Duaibis is the head of International Advocacy at the Women’s Centre for Legal Aid and Counselling (WCLAC), a not-for-profit Palestinian organization that seeks to develop a democratic Palestinian society based on the principles of gender equality and social justice. WCLAC aims to address the causes and consequences of gender-based violence within the Palestinian community, as well as the gender-specific effects of the occupation and provides social and legal counselling, awareness raising programs, proposes bills and law amendments and participates in the advocacy and pressure campaigns nationally and internationally on behalf of Palestinian women and the community at large.