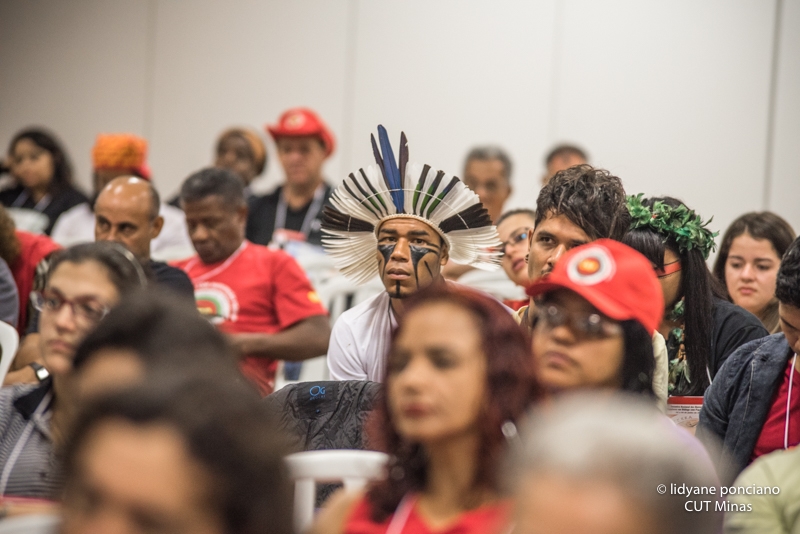 Meetings of popular movements with Pope Francis took place in Rome in 2014 and in Bolivia in July 2015. Brazilian movements reunited this month, without the physical presence of Pope Francis this time but keeping his words close to the heart.

In the meeting of popular movements that just took place in Mariana on 2-4 June, around 300 people including indigenous people, African descendants, fisher folk, traditional communities, farmers, workers, unions and pastoral movements shared their hopes and experiences of resistance.

The popular movements and the Church denounced the responsibilities held by the mining companies Vale and BHP Billiton, with the complicity of the State, for the collapse of a dam in November 2015, making 19 victims and dangerously contaminating the river. Mariana’s archbishop, Mons. Geraldo Lyrio, explicitely asked once again that responsibilities are identified and that the right reparations are put in place. On top of this terrible environmental and social injustice, Brazil is going through a difficult and complex political phase; the crisis is profound.

Reflections also focused around the “3Ts”, in Spanish “Tierra”, “Techo” and “Trabajo” (land, housing and work), which are fundamental elements as the Pope reminded in Bolivia. The meeting in Mariana explored these issues in the Brazilian context. Regarding the land, traditional communities and family farmers denounce the large use of pesticides, the concentration of agricultural properties, the criminalization of those defending their land and the use of violence in rural areas, and the intensification of mining activities. An agrarian reform and the diversification of the local economy are urgent and cannot be postponed. In cities, reforms are needed to address speculations and to guarantee a right to housing as a public policy. Work is threatened by the possibility of a neoliberal turn of the political situation, where the looming perspective of unemployment is used as an element to keep discipline among workers.

According to the movements reunited, the gravity of the Brazilian context is however stimulating social aggregation and the creation of resistance fronts in growing dialogue among each other such as the “Frente Brasil Popular” and the “Frente Povo Sem Medo”.

Read the full version of this article in Portuguese and Italian from the attachment below.