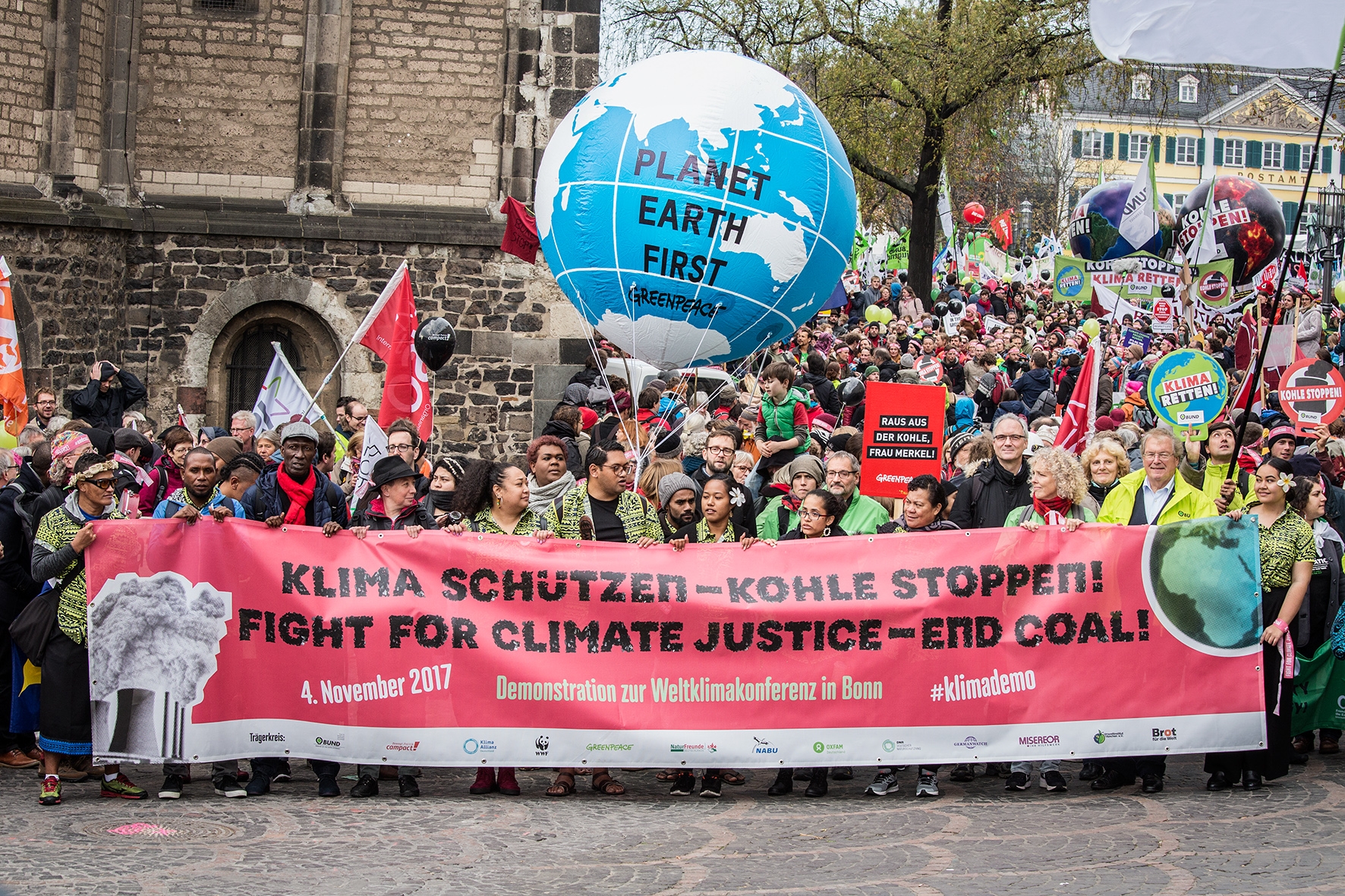 As the climate change conference COP23 draws to a close, the Catholic network CIDSE sees some positive developments but reaffirms that urgent steps are necessary if we aim to face the climate crisis and guarantee a safer and better future for the most vulnerable.

As countries wrap-up discussions at the climate talks in Bonn, Germany, it’s clear that climate change is a reality and that climate action can no longer wait. We are already in the midst of a climate crisis and the future of millions of people, starting with the ones living in highly impacted areas, is at risk. We need urgent solutions- this was the message of the Fijian Presidency of the conference, who brought the point of view of a country who is dramatically affected by climate change. If nothing more is done to change the course: across the Pacific Islands, home to 10 million people, up to 1.7 million could be displaced due to climate change by 2050.

In addressing this challenge, CIDSE believes we must follow the principle of equity. In a report released by a group of social movements, environmental and development NGOs, trade unions, faith and other civil society groups including CIDSE, it is evident that all countries need to step up their fair share of effort, while considering the historical responsibilities and different capabilities of every nation.  “In agreement with what Pope Francis defines as the “ecological debt”, rich countries must deliver their fair share of public climate finance to limit warming to 1.5°C. Unfortunately COP23 did not deliver on increased climate finance nor on the roadmap towards the $100bn by 2020. This is disappointing as it’s the least rich countries can do for the most affected by climate change in order to embark on a low-carbon development pathway.” said Giulia Bondi, CIDSE’s Climate Justice and Energy Officer.

Ambition needs to be at the core of climate action. CIDSE welcomes the positive advancement of this year’s talk with the set-up of the “Talanoa Dialogue” that sets into motion the plan for governments to keep global warming below 1.5C. At COP24 next year, countries must collectively assess progress on their national climate plans – NDCs –and make commitments to ramp up ambition by 2020. To make the just transition and sustainable future a reality, it is crucial to maintain the political will high.

A new mechanism put in place during the concluding session of the climate talks will introduce the possibility to tackle agriculture more directly in the framework of the Paris Agreement. It will now be possible to better address the impacts of climate change in agriculture, including the key role of adaptation, and how non-CO2 Greenhouse Gas emissions (GHG) from agriculture can be reduced. This is a welcome development especially considering that the global food system has a huge carbon footprint contributing to up to roughly 30% of total GHG.

The adoption of the “Gender action plan” and the operationalization of the “Local Communities and Indigenous Peoples’ Platform” were also a positive step; however there is still a long road ahead for gender equality and the rights of indigenous peoples to be fully integrated into climate action.

While system change and political will are necessary to solve this crisis, individual commitments and behaviors are as important in addressing climate change. “Walk on Earth Gently”, a multi-Faith invitation to Sustainable Lifestyles supported by CIDSE, invites people to embark on a journey towards compassionate simplicity for the sake of the climate and to put belief into action in relation to our own lifestyles like the CIDSE network does through the campaign “Change for the Planet- Care for the People”. “We wish to support the Pope’s call for a personal and spiritual conversion that puts into question our daily choices.” said Josianne Gauthier- CIDSE Secretary General.

The landmark encyclical Laudato Si’ still remains our inspiration guiding our climate justice work. Through the release of the paper Climate Action for the Common Good during COP23, CIDSE encouraged governments to respond to the climate challenge in a way that reflects the spirit of Pope Francis’ encyclical and it reminded governments of the massive transformational change needed to tackle climate change and of the urgency we need to deliver this – in the cultural, economic, social and spiritual perspectives of today’s lifestyles and for future generations.