Report “Vigilance on the Menu: 5 riskS to human rights and the environment that agro-industry must identify” – CIDSE
Skip to content 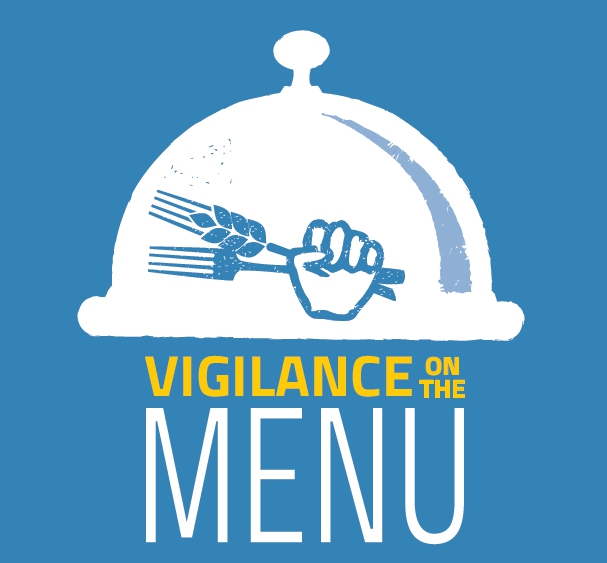 Two years after the adoption of the French law on the duty of vigilance, French companies are publishing their first vigilance plans. We note that the measures implemented by agro-industry companies are insufficient and do not meet legal requirements. The report of CCFD-Terre Solidaire “Vigilance on the menu” highlights the risks that must be taken into account in this sector so that respect for human rights and the environment are not just lip service.

In March 2017, the French law on the duty of vigilance – for which CCFD-Terre Solidaire strongly mobilized – was adopted. This law requires French companies employing more than 5,000 people in France or 10,000 people globally to exercise a duty of vigilance with regard to their operations and those of their subsidiaries, subcontractors and suppliers around the world. Large French companies are now obliged to develop, publish and implement a vigilance plan based on an inventory of risks that their activities pose to fundamental freedoms, human rights and the environment. If human rights or environmental violations nevertheless occur, the affected people can use this law to seek redress before the French courts. The law on the duty of vigilance therefore represents a historic step towards ending corporate impunity and facilitating access to justice for those affected by corporate activities.

The agri-food sector in the spotlight

With a turnover of 180 billion euros in 2017, the agro-industry is one of the major sectors of the French economy: France ranks second in Europe and fourth globally in terms of agro-food exports. The French food system is also heavily dependent on imports of agricultural raw materials from countries outside the European Union. French agri-food companies therefore have an important responsibility to prevent the risks that their activities pose to human rights and the environment, particularly abroad.

In this context, the CCFD-Terre Solidaire report “Vigilance on the menu” identifies and presents five risks characteristic of the agro-industry:

The risks of land and water grabbing

The seizing of agricultural land is a real threat to farmers and populations. This affects local communities, whose economic, social, societal and environmental equilibrium is deteriorating in favor of multinational companies. In addition to this land grabbing, the appropriation of water resources deprives farmers and local populations of this vital resource.

Beyond the issue of resource grabbing, some companies violate the human rights of peasants by entering into contracts with peasants and granting themselves exclusive rights over future output. In Vietnam, 90% of cotton and fresh milk is produced under contract farming. In Mozambique and Zambia, 100% of cotton and tobacco is produced using the same model. The use of contracts can lock small producers into a cycle of debt and can compromise their food sovereignty.

The seed standardization strategy of large seed companies directly threatens food sovereignty and biodiversity. This reduces the possibility of adapting crops to climate change by making it difficult to use farmers’ diversified seeds. Moreover, the oligopoly formed by a small number of seed companies allows them to influence seed supply, production and sales, jeopardizing the rights of farmers and peasants.

Risks to the environment and health

The use of pesticides weakens ecosystems by causing the contamination of air, soil and water and the disappearance of plant and animal species. The human impacts are also important, since 30% of pesticides sold in developing countries do not comply with international quality standards, thus increasing health risks. Today, 25 million agricultural workers suffer from diseases linked to the use of pesticides.

Defenders of peasants’ rights and the environment face life-threatening risks on a daily basis. They work under the threat of extrajudicial executions, kidnappings, surveillance, incrimination and intimidation as a result of their battle against huge economic interests. In 2017, the agri-food sector became the riskiest and most deadly sector for human rights defenders. 321 human rights defenders were murdered in 27 countries in 2018.

This detailed analysis demonstrates the relevance of the law on the duty of vigilance in order to question public policies and companies’ business models, and to carry out relevant and effective actions to prevent human rights and environmental violations.

“While initiatives are multiplying to hold transnationals companies accountable for their human rights and environmental impacts in court, agri-food companies are publishing vigilance plans that do not meet legal requirements. For this reason, we are working to make sure that French public institutions ensure that companies apply their duty of vigilance effectively”, says Swann Bommier, Advocacy Officer for the regulation of transnational corporations at CCFD-Terre Solidaire.

“One in three people in the world does not have access to a healthy, sustainable and balanced diet. This is the result of globalized food systems that prefer to feed the shareholders of large transnational corporations rather than the people. However, the potential ravages of their activities are well known: land grabbing, soil and water pollution, impacts on the health of producers and local populations linked to pesticide application. We have to stop closing our eyes!” says Maureen Jorand, Head of the advocacy department for Food Sovereignty and Climate.