Lent 2016: reflecting on the dignity of all human beings – CIDSE
Skip to content 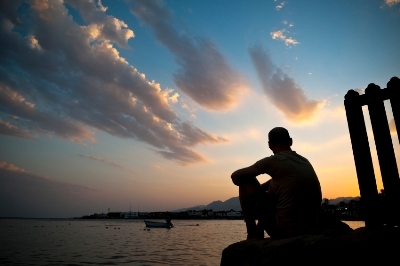 The season of Lent, a special time for reflection and prayer, has just started. We are called to think about what is essential for the life in dignity of people.

In this Year of Mercy, we are particularly asked to listen and respond to situations where people are deprived of their property, their resources, their dignity, their feelings and even their lives. Several CIDSE members are running Lenten campaigns in their countries, on topics ranging from food, to agriculture, to sustainable lifestyles and to climate justice.

Bridderlech Deelen, Luxembourg, puts food security at the core of its Lenten campaign; from 1990 the number of people suffering hunger in the world has dropped by 215 millions, but there are still 795 people on earth experiencing starvation or malnutrition. Bridderlech Deelen’s campaign focuses mainly on training projects on agriculture and agro-ecology and food security.

Broederlijk Delen, Belgium, is running a campaign on the right to land, in particular in support of Colombian farmers. Here armed groups and large enterprises demand more land, sometimes through violent actions, undermining the livelihood of many communities.

CAFOD, United Kingdom, has launched the campaign “Turn on the taps” aiming to support communities, mainly in Uganda, to improve their access to clean water: world-wide it is estimated that women and girls spend 140 million hours a day collecting water.

CCFD- Terre Solidaire, France, will dedicate the Lent to international solidarity, to build a more just and fraternal world. The Lent is also an occasion for CCFD for inviting Southern partners to come to France for an exchange between citizens from different communities.

Development and Peace, Canada, with its campaign “Create a Climate for Change” tackles the topics of living simply and presents alternative lifestyles suggested and already implemented by Southern partners.

Entraide et Fraternite, Belgium will focus its campaign on climate change, agriculture, solidarity and alternatives through the showcasing of examples from Madagascar.

Fastenopfer’s campaign, in Switzerland, will revolve around corporate responsibility towards the environment and human rights, with the key objective of asking companies for due diligence. They will particularly focus on gold mining Africa.

Some members of KOO, Austria, are running Lenten campaigns on several issues. KFB (Catholic Women’s Movement) is working on economic policy and women, gender budgeting and sharing economy. Other Lenten campaigns of KOO members are run in the dioceses of Graz-Seckau (by Welthaus Graz), St. Pölten (by Fastenaktion St. Pölten), Eisenstadt (by Fastenaktion Eisenstadt) and revolve around living sustainably and cutting meat consumption

Manos Unidas, Spain, in occasion of the Lent has launched a 3-year campaign about food and agriculture. Among the topics tackled will be: food security, increasing small farmer´s productivity agro-ecology, water, seeds, land rights, state responsibility, and lifestyles.

Misereor, Germany, chose to organize its Lenten campaign around the topics of human rights and the access to water, specifically for indigenous people in Brasil. Actions will take place in collaboration with Brasilian churches.

Progressio, United Kingdom, has launched in occasion of the Lent the “ZimFare and ZimFast” fundraising campaign. People are asked either to ZimFare: Cook a sponsored Zimbabwean meal for friends or to ZimFast: Fast on a repetitive Zimbabwean diet for 6 days.

SCIAF, Scotland, challenges every year the people of Scotland to give up a favorite treat for Lent, and put the money they save into a SCIAF WEE BOX, asking this way people to contribute to improving the life of some of the poorest communities in the world. This year’s WEE BOX appeal brings our focus to Ethiopia and more specifically Borana in the south.

Trócaire, Ireland, is focusing its Lenten campaign on Climate change, which unfairly affects poor and vulnerable communities that Trócaire works with around the world.

Other CIDSE members that are not running Lenten campaigns but who have other exciting ongoing projects are: Erko (Slovakia), FOCSIV (Italy), FEC (Portugal).