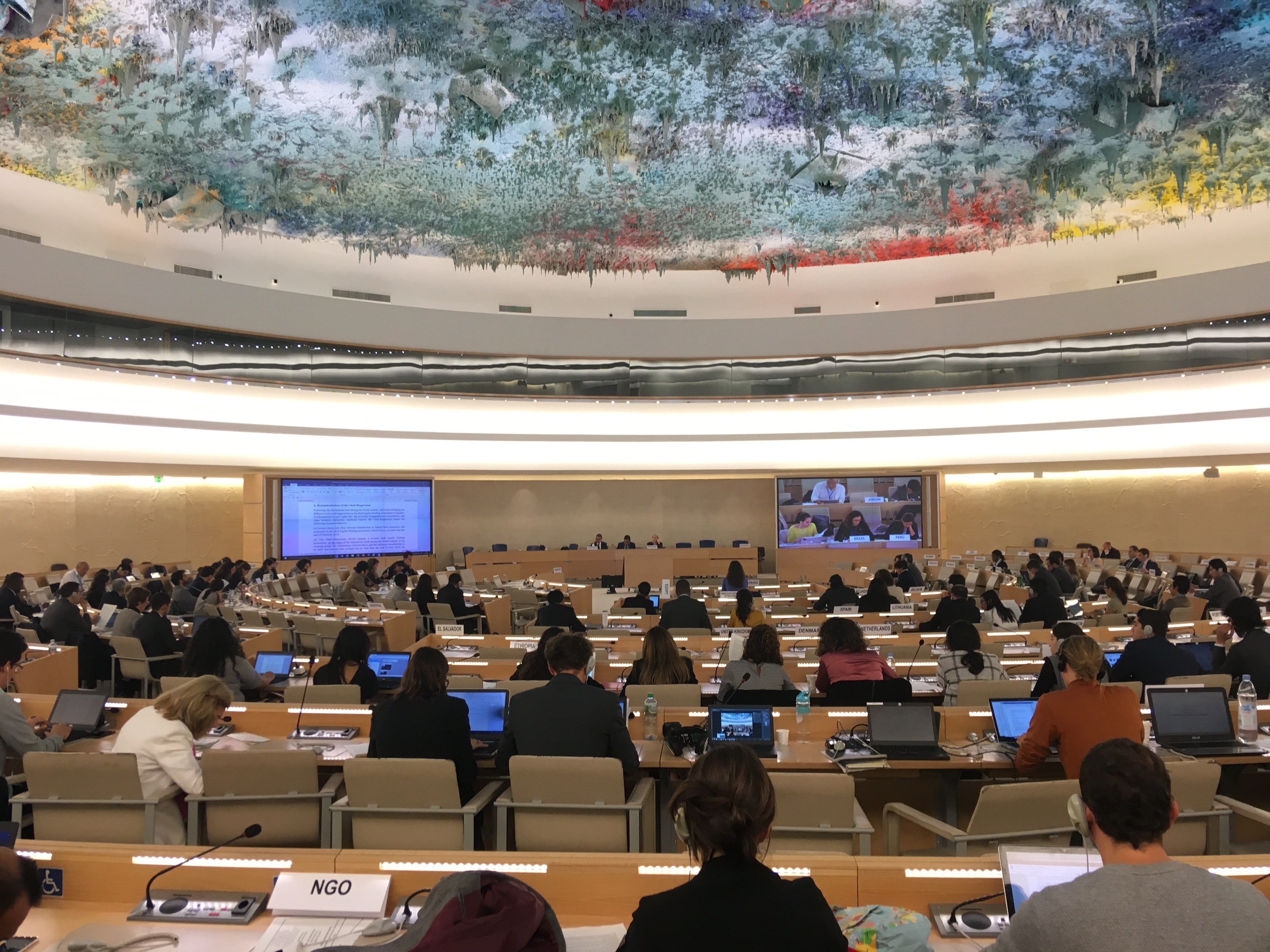 This week has been a milestone in advancing negotiations of the open-ended intergovernmental working group (OEIGWG) for the elaboration of an International Legally Binding Instrument on Transnational Corporations and other Business Enterprises with respect to human rights, also known as the Binding Treaty.

This week saw the first round of substantive negotiations on the Draft Zero of the treaty. In the Human Rights Council room, 94 states participated along with over 300 civil society organisations and trade unions in the negotiating session. We now have constructive comments and positions from states on the issues of scope, jurisdiction, and the refinement of legislative language. Many states proclaimed their support for the UN binding treaty process, as did Church actors at global, European, and Latin American level, joined by academia and the European Parliament whom all spoke out in favor of stronger international regulation of business.

As stated in a joint declaration signed yesterday by more than 160 civil society organisations, this is an important step for “countless communities, workers, and survivors who have struggled for decades to protect their human rights from violations and abuses by transnational corporations and other business enterprises”.

We welcome the French intervention on Article 9 relating to prevention. The EU has been unhelpful in the negotiations on the content of the Draft Zero, but France stepped forward to detail the content of its newly adopted Duty of Vigilance law. These comments were extremely useful to help the intergovernmental working group solve some of the technical issues that still need to be sorted out when it comes to tying mandatory human rights due diligence to the legal liability of the parent company.

On the same day as the conclusion of the session, the EU ratified a free trade investment agreement with Singapore that contains a clause committed to creating a multilateral investment tribunal for investor­­–state dispute settlements (ISDS). We are dismayed that the EU is consistently prioritising the protection of corporations and neglecting the protection of people.

We have heard at the UN and directly from our partners numerous testimonies of longstanding and continued human rights violations by corporations. Maha Abdallah Al’Haq from occupied Palestinian Territory, partner of CIDSE’s member organisation Trócaire said – “The activities of transnational corporations are prolonging situations of conflict with devastating impacts on the rights of our communities and human rights defenders. We won’t rest until we have a legally Binding Treaty that protects us against corporate impunity at all times.”

It is clear that the current international legal framework does not adequately address access to remedy for victims of corporate human rights abuses. Where other states have offered drafting suggestions to improve the draft text, the EU has been silent.

The bishops present at the session also testified on the impact of the activities of transnational corporations on their dioceses. In a side event with high level church leaders, Mgr. Ramazzini from Guatemala condemned the severe inequality in access to natural resources that have affected his diocese. He stressed that such resources should be considered a commons available for the benefit of all to ensure human dignity for Guatemalans.

We welcome the Holy See’s continued strong support for the process. In an oral statement during the Treaty Session on Monday the Holy See affirmed representatives showed their strong support for the process by saying that “A binding instrument would raise moral standards, change the way international corporations understand their role and activity and help clarify the extraterritorial obligations of States regarding the acts of their companies in other countries.”

We have witnessed ourselves the extensive contributions from other states and civil society in the negotiation room of the Human Rights Council. Now we want the EU to match its words about protection of human rights defenders with a change in its approach to the upcoming fifth session of the OEIGWG.