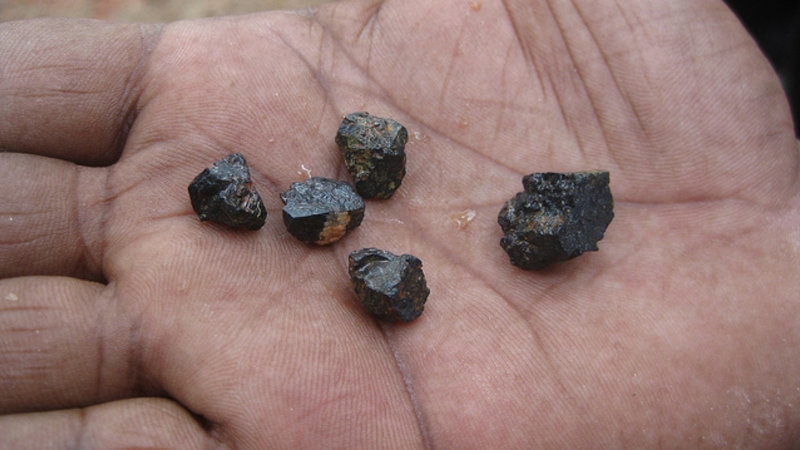 Around the world, multinational companies dealing with natural resources are fighting a global battle to access, control and extract precious stones, oil, gas, minerals and even plants.

Opinion article originally published on Euractiv by Cardinal Oscar Rodríguez Maradiaga, Archbishop of Tegucigalpa, Honduras and the coordinator of the council of cardinal advisors to Pope Francis.

And as in every battle, civilians pay the strongest price, with casualties occurring every day. My continent, Latin America, has recently experienced a wave of shock and incredulity after the murder of Honduran activist Berta Cáceres. The groundbreaking solidarity movement that followed exposed to the world that the appetite for natural resources is so strong that human lives can be sacrificed in the name of “development”. And whereas Berta Cáceres’s case reached international media, countless other cases of daily human rights abuses stay unknown. While the globally known companies delivering everyday consumer products may not be the ones directly holding the weapons responsible for the death of many civilians, they have a strong responsibility through their business practices. In the mining sector, this collusion between natural resources extraction and increased conflicts is expressed in the words “conflict minerals”.

In countries including Colombia, the Democratic Republic of Congo or Myanmar, local Churches witness that populations living near mining areas are suffering intensely from the presence of armed groups who violate on a daily basis the most basic human rights. They profit from child labor, illegally tax workers and often sexually abuse the women present near mining areas. The armed groups profit from the resources contained in the soil, whose extraction provides them with funds to continue their deadly activities. Those same minerals are then used building the production of mobile phones, laptops, or jet engines. Cutting the source of funding of armed groups is essential to prevent further human rights violations and to stop fuelling conflict.

In May 2015, nearly 150 Bishops from around the world joined together to call for an ambitious EU regulation on conflict minerals in a statement coordinated by CIDSE, the international family of Catholic social justice organizations. With the European Commission having put forward a draft proposal for a voluntary measure with limited scope, the European Parliament then showed strong leadership by voting in favor of a binding regulation that would apply to all businesses dealing with the concerned minerals, including those importing finished products into the EU market.

This week now marks the final stretch in political negotiations on the conflict minerals regulation between the European Commission, the 28 EU Member States that form the EU Council and the European Parliament. With some European Member States pressuring to water down the Parliament’s regulation by going back to a partial and largely voluntary system, those of us working with communities suffering from violence must ask: Why does the European Union on the one hand claim to be a leader for global human rights, while on the other hand trying to weaken a strong proposal which would better protect vulnerable men, women and children?

The bishops’ statement on conflict minerals emphasizes that “As images and stories of horrors inflicted on vulnerable children, women and men in conflicts around the world strike us daily, citizens are expecting guarantees that they are not complicit. The indifference of a few, who look away from their part of responsibility for other peoples’ pain, threatens our shared human dignity. To stop this, new rules are urgently needed to ensure that the bounty of God’s creation does not serve unquestioning consumption while underwriting the destruction of life. The Earth’s resources must be managed wisely by good stewards, with assurances for people at both ends of today’s global supply chains that join us as to the morality of our trading system.”

Today I express my support for this call. In Latin America where I come from, and in many other places around the globe, people are increasingly standing up to denounce certain private vested interests influencing political choices. In Europe, there has been much recent outrage over automotive enterprises cheating on emissions standards, while agribusiness interests aim to keep pesticides on the market, to the widespread detriment of citizens’ health. Let me also recall that one year ago Pope Francis published his encyclical Laudato Si’ addressed to all people worldwide, calling on us for an ecological conversion and pointing out that “there are too many special interests, and economic interests easily end up trumping the common good and manipulating information so that their own plans will not be affected” and “urges that the interests of economic groups which irrationally demolish sources of life should not prevail in dealing with natural resources” (Laudato Si’, 54).

Europe, the continent who won the 2012 Nobel Peace Prize, has a great responsibility towards the communities affected by conflict minerals. For that, it is urgent that EU decision makers target all companies dealing with “conflict minerals” along the entire supply chain in line with the OECD’s international standard, with a mandatory due diligence requirement. Not doing so, wouldn’t change things on the ground. This circle of suffering and violence can still be stopped. I am eager to see a Europe that through its policies puts what is right for women and men first. We are all one shared humanity, living in our common home: it is simply not acceptable that trade and extraction of natural resources cause suffering. There are no second class citizens of this world towards whom we can allow this to happen.