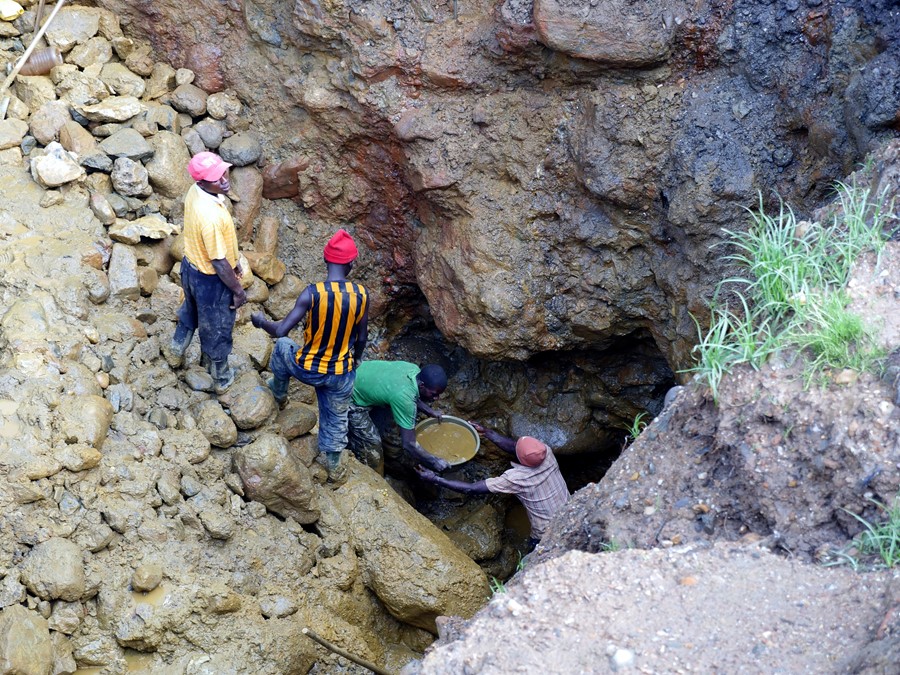 While EU representatives negotiating the text are now celebrating the deal, CIDSE points to the weaknesses of the agreement that will limit its tangible impacts for populations living near mine areas.

Despite a strong call from 150 catholic leaders from 38 countries around the world, despite actions taken by citizens, despite many advocacy meetings and public conferences, EU member states resisted calls for a fairly shared responsibility along the entire supply chain, out of step with efforts to strengthen international standards with a coherent approach.

The regulation takes a partial approach as only the importers of metals and raw minerals will have to check their supply chains. All other companies importing the minerals within finished or semi finished products have no obligation at all. Bernd Nilles, CIDSE’s secretary general “recognized a first step in the right direction thanks to the efforts of those who worked hard to secure a mandatory requirement, while deploring that European citizens still won’t have any guarantee that the high-tech products they buy aren’t hiding stories of suffering. The decision that has just been taken doesn’t put the people, and especially the most vulnerable, at its core; it therefore doesn’t reflect the principles of a virtuous European Union”.

In an opinion piece just prior to the Trialogue meeting, Honduran Cardinal Oscar Rodríguez Maradiaga recalled the words of Pope Francis’s encyclical Laudato Si’ published one year ago: “There are too many special interests, and economic interests easily end up trumping the common good… The interests of economic groups which irrationally demolish sources of life should not prevail in dealing with natural resources.” Though the European Parliament voted for a strong proposal in May 2015, EU member states preferred to exempt from the regulation many categories of EU companies, including large companies importing minerals in components for finished products which could have brought their greater means to bear in raising due diligence practice in a comprehensive way across supply chains.

Stefan Reinhold, CIDSE’s conflict minerals campaign coordinator, said: “The deal means that only a fraction of companies will be obliged to act responsibly, while others are let off the hook. Without the important role that downstream companies have in driving change, we can only have serious concerns about the effectiveness of the regulation to meet its objective of ‘breaking the links between mineral trade and conflicts.’ The two years review clause will be essential, because it’s likely we could see limited improvements by a small set of business actors, while communities will experience continuing abuses by armed groups on a significant level due to the huge gaps left by allowing the majority of businesses to continue with a self-regulatory approach.”

Notes to the editors:
Background on the conflict minerals regulation:
In the absence of a strong regulatory system, European citizens cannot be sure that the products they buy and use daily didn’t involve human rights violations. To tackle this issue, the European Commission proposed the “conflict minerals” regulation in March 2014. The proposal was disappointing in many ways: it consisted in a self-certification system that companies could voluntarily join, and it only applied to 19 smelters and refiners based in the EU (while not covering all products entering the EU market that contain the targeted minerals). On 20 May 2015, the European Parliament (EP) strengthened the proposal by requiring all European companies manufacturing or importing components and final products containing the targeted minerals to check their supply chains to make sure they don’t fuel conflicts or participate in human rights violations. But Member States have been looking to weaken the plans. High-level negotiations have gone behind closed doors in a trialogue process where the regulation is being watered down and rendered almost meaningless to those affected by this bloody trade.

A message from Pope Francis:
In a public message sent to leaders of communities affected by mining in July 2015, Pope Francis highlights the shared responsibility of governments, citizens and businesswomen and men to act in order to bring the needed change: “The entire mining sector is decisively called to effect a radical paradigm shift to improve the situation in many countries. To this change a contribution can be made by the governments of the home countries of multinational companies and of those in which they operate, by businesses and investors, by the local authorities who oversee mining operations, by workers and their representatives, by international supply chains with their various intermediaries and those who operate in the markets of these materials, and by the consumers of goods for whose production the minerals are required. All these people are called upon to adopt conduct inspired by the fact that we constitute a single human family, “that everything is interconnected, and that genuine care for our own lives and our relationships with nature is inseparable from fraternity, justice and faithfulness to others”.

CIDSE has coordinated a statement signed by 150 Church leaders from 38 countries on 5 continents, asking for strong regulation to achieve the objective of breaking the link between natural resources and conflicts.

Other CIDSE’s resources on conflict minerals are available.