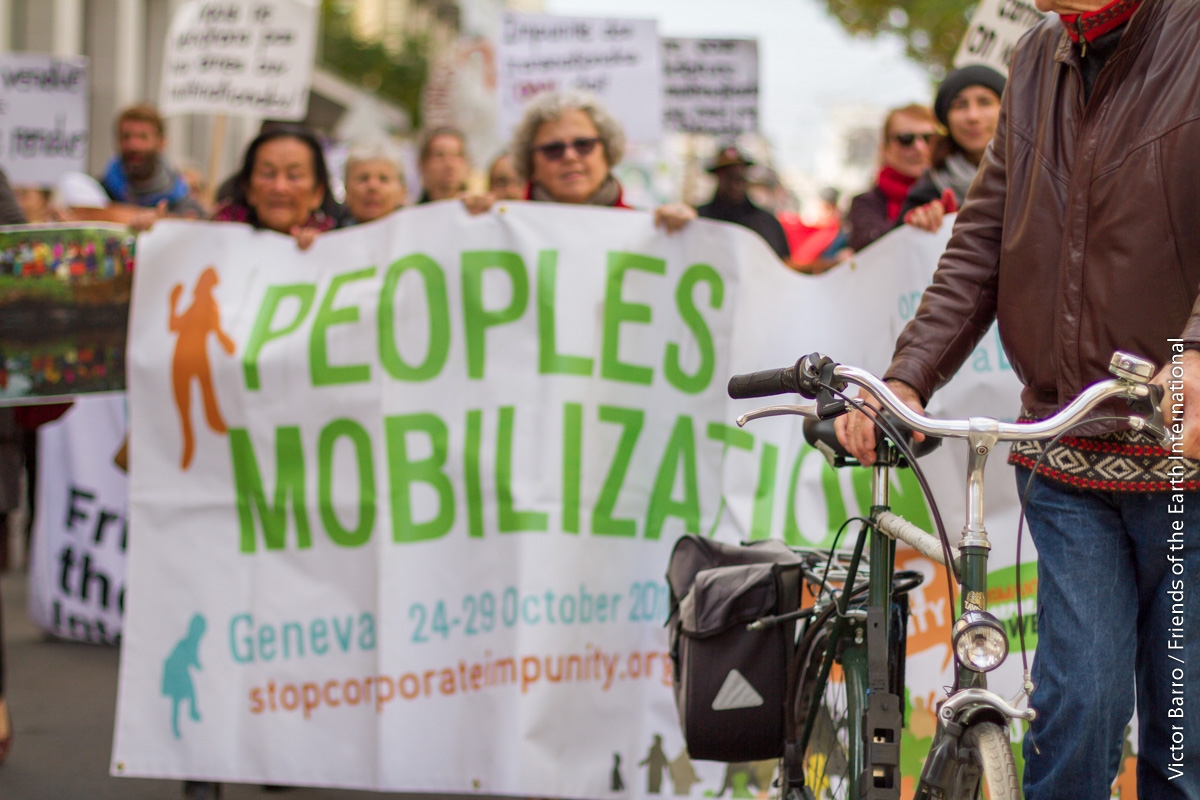 After a week of activities in Geneva, CIDSE reaffirms its commitment to strengthen international protection of communities from abuses of their human rights by corporations.

Throughout last week, more than 100 activists and civil society representatives working together in the Treaty Alliance gathered in Geneva on the occasion of the “Open-ended intergovernmental working group on transnational corporations and other business enterprises with respect to human rights” (IGWG). The 2nd session concluded on 28th October and was followed by a people’s demonstration in the streets of Geneva, where participants asked concrete actions to “Stop corporate impunity” and to “Protect human rights”.

At the end of the IGWG session on Friday, the creation of a Treaty that would protect human rights is gaining further momentum. In addition to the impressive civil society mobilization and contributions, encouraging signs included the participation of a broader group of States including members of the European Union, and the deepening of high-quality substantive discussions on options for the format, scope and content of the Treaty.

As the IGWG now begins to move forward towards the 3rd session in 2017, preparing for substantive negotiations on elements for the Treaty, CIDSE reaffirms its commitment to advocate for the achievement of a Treaty that can make an important contribution to effectively stopping the occurrence of human rights abuses by businesses on the ground.

Together with partners and allies, CIDSE made last week several oral statements to address civil society concerns in regards to the Treaty:

Additionally, video footage of the 24 October event co-organized by CIDSE, allies and partners, “In preparation for a Treaty: Calling for constructive dialogue and joint action” with Alyansa Tigil Mina (Philippines), Equipo Comunitario de Acompañamiento Psicosocial (Guatemala), CERN (Democratic Republic of the Congo) and Tierra Digna (Colombia) can be watched here.

A series of short interviews filmed by CIDSE with civil society representatives in Geneva last week on their expectations for the Treaty can be watched here.