CIDSE towards COP 21 in Paris – CIDSE
Skip to content

In view of the 21st Conference of the Parties (COP21) of the United Nations Framework Convention on Climate Change (UNFCCC), CIDSE is advocating for climate justice through policy papers, events and various activities.

CIDSE view on climate change
CIDSE works towards climate justice, firmly believing that climate change is not only an environmental problem, but also a developmental emergency affecting the world’s poorest and most vulnerable people.

COP 21: what, when and where
The COP21 will take place in Paris, France, from 30 November to 11 December 2015. The objective of the conference is to achieve a fair, legally-binding and universal agreement on climate, from all the nations of the world.

• A fair, ambitious legally-binding agreement signed by all Parties (countries) at COP21.

• Decarbonisation of economies by 2050. An action plan whereby countries reduce their emission to zero and phase in 100% renewable energy systems. This means phasing out conventional fuels including coal as well as fossil fuel subsidies, which can be redirected to meet the needs of the poorest and most vulnerable.

• A deal must contain review clauses to allow for mitigation ambition to be increased. These should take place every 5 years and countries should be obliged to review their own targets. Long term goal (LTG) – a long term perspective or end goal – is needed. Ensuring that the 1.5°C threshold is enshrined in a legally-binding global agreement, with ambitious mitigation commitments and actions from all countries, depending on their common but differentiated responsibilities and respective capabilities (CBDRRC). By ensuring that 1.5°C degree remains within our reach, the world community would show commitment to protect all vulnerable groups and regions from dangerous climate change and would signal embarking on changing course towards sustainable and just pathways of life and development.

• Climate finance: without money on the table developing countries cannot meet their adaptation needs or transform their economies to stay on a low-carbon pathway. We need to see pledges to the Green Climate Fund and a clear trajectory for countries to meet their shares of the USD100bn by 2020. We need an agreement on a public finance goal for adaptation. The role of the private sector has to be more transparent, any money coming in from the private sector should be in addition to the USD100bn. This money should be new and additional to the existing ODA pledges and flows. Transparent and robust reporting will be crucial for tracking financial flows in order to ensure that climate finance doesn’t come at the expense of development aid, which funds education, health and poverty reduction.

• Equity should be at the heart of any commitments made. Those historically responsible for the emissions and not only producing, but also responsible for most of the per-capita emissions and consumption, should take on most of the mitigation burden and help developing countries by financing their country-specific needs.Pope Francis calls this the true ecological debt in the Encyclical Letter, Laudato Si’.

• The most vulnerable people and communities must have a strong voice and role in shaping the agreement. We as faith-based groups have a moral obligation to bring these voices forward and highlight their concerns. These are the communities at the forefront of climate change and its impacts.

• Sufficient adaptation measures will not occur without planning and attention. Climate extremes can result in losses that exceed the capability of people, communities and even countries to manage the risk. Therefore, Parties need to ensure that the Paris climate agreement gives equal priority to mitigation and adaptation, including loss and damage. Support for communities that will be displaced and people who have to relocate due to the irreversible effects of climate change should include rights-based relocation, rehabilitation and full re-establishment of communities.

• The world’s leading scientific body has confirmed that climate change is real, that human activities are responsible for all warming since 1951, and that impacts are happening faster than previously predicted. The IPCC’s Fifth Assessment Report (AR5) offers the most comprehensive, authoritative and thoroughly scrutinized assessment of climate science ever produced. It shows that as temperatures continue to rise, impacts including sea level rise, sea ice decline and ocean acidification are happening faster than anticipated and affecting every continent and the oceans. Parties need to take into account this scientific evidence and acknowledge the relationship between climate change, extreme weather events, and humanitarian disasters.

• The Paris Agreement should specify – in all climate change related actions – respect, protect, promote and fulfill human rights for all, including the most marginalised and vulnerable. Parties should also be guided by gender equality and ensure full and effective and gender-responsive participation; promote food security and the protection and resilience of natural ecosystems; and consider a just transition of the workforce that creates decent work and quality jobs.

• No to false solutions – adhere to the “do no harm” principle. All channels, including the new Green Climate Fund (GCF), must have robust investment criteria and oversight mechanisms including strong social and environmental safeguards so that projects that could threaten biodiversity and unfairly displace communities are not financed. In addition, the GCF and other climate finance funds should not provide support for polluting fossil fuel projects or false solutions such as “climate smart agriculture”.

• A commitment to not only focus on greening the energy supply but to also reducing consumption and promoting the ideals of living simply, as Pope Francis is calling for in Laudado Si’.

People power
CIDSE believes in the power of people to change the world’s course, and operates for the voice of the people to be heard in different forums. We will provide support and take part in several activities involving citizens asking for climate justice:

• On the weekend of 28-29 November, decentralized actions across Capitals as well as in Paris will take place to call out those responsible for human induced climate change and provide a final wake up call to ministers and negotiators who will travel to COP21 to resolve the climate change chaos.

• From 5 December the French grassroots movement, Alternatiba, will be organising a global village of alternatives, to demonstrate to the worlds’ leaders that people are already finding solutions and alternatives to current systems that are harmful for people and the planet.

• On 12 December there will be a mass mobilization in Paris that will show the strength of the people’s movement for a future in which the environment and people are respected.

In the run up to Paris

•Together with Caritas Europa, CEC, COMECE and ACT Alliance EU, CIDSE organised an Ecumenical Conference on Climate Change and the Papal Encyclical Laudato Si‘ hosted by MEP Othmar Karas at the European Parliament on 29 September.

CIDSE and Caritas Internationalis organised a High Level dialogue on climate change with Catholic Church and government representatives at the United Nations in New York on 26 September and, a few days before, coordinated the launch of a call to world leaders ahead of the UN Summit on Sustainable Development co-signed by over 50 political decision-makers, writers, activists, faith leaders and civil society representatives.

• On 11 June, CIDSE and Caritas Internationalis held the event: “Caring for Creation: Catholic perspective on climate change and expectations on the Paris agreement” at the Bonn Climate Change Conference. Catholic Social Teaching places great importance on caring for Creation and compassion for the most vulnerable, thus, tackling climate change is a matter of social justice. In light of the upcoming Papal Encyclical, Catholic development NGOs presented their views and expectations on the Paris agreement.

• Together with 240 NGOs, CIDSE called for human rights protections in the 2015 Climate Agreement through this paper submitted to the ADP in February.

• Every month CIDSE takes part in the Fast for the Climate initiative, a growing movement of youth, environmentalists and people of faith that are showing their strength of commitment by going without food once a month to call for world leaders to do more to solve the climate crisis.

From Lima to Paris
CIDSE was present in Lima at the COP20 conference and coordinated the “Catholic Bishops’ statement in Lima on the road to Paris”, in which Church leaders from all continents called for a fair and legally binding climate agreement to be signed at the COP21 in Paris. The document was written in collaboration with CIDSE, CEAS (Peru), Caritas Internationalis, CAFOD (UK), CCFD–Terre Solidaire (France), Cordaid (The Netherlands), Development and Peace (Canada), MISEREOR (Germany), Secours Catholique (France) and Trócaire (Ireland).

Who is CIDSE working with to achieve climate justice?
CIDSE works for climate justice advocacy with its members from Europe and North America and with its partners from the South.
CIDSE also works with several partners worldwide, including amongst others, Caritas Internationalis, APRODEV, and the Climate Action Network (CAN) Europe.

Our French member CCFD-Terre Solidaire is one of the founder organizations of the Coalition COP 21, and CIDSE supports the call for action. The Coalition 21 is a group of around 100 civil society organisations calling for mobilization against climate change throughout 2015. 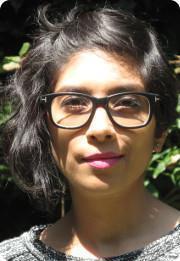 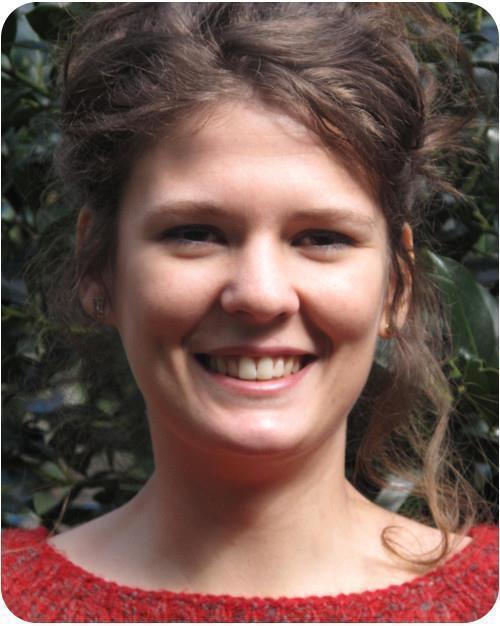