CIDSE activities at COP 21 in Paris – CIDSE
Skip to content 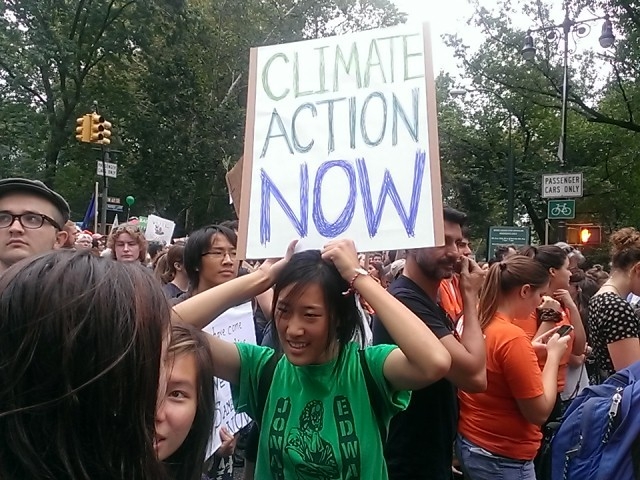 When leaders meet in Paris in December for the UN climate talks it will be a great chance to call for climate justice, to keep the pressure on policy makers and meet with committed people from around the world.
In light of a new way of working within the CIDSE family, and recognising the added value of engaging at several levels, CIDSE will be present in Paris both following the official negotiations and engaging and mobilizing with the rest of the civil society gathering in the city of Paris through various activities.

CIDSE will follow the official negotiations from 30 November until 11 December 2015, advocating for climate justice and for the voice of the most vulnerable to be heard. Policy experts from the entire CIDSE network will work together to ask for a fair, ambitious legally binding agreement signed by all Parties (Countries) at COP21. A side event organized by CIDSE, Caritas Internationalis, Misereor and Friends of the Earth International will shade light on the importance of ensuring human rights when undertaking climate related actions. The event will take place on Monday 7th December; examples from the Oceania and Pan Amazonian regions will be presented.

In its advocacy activities, CIDSE will follow the principles expressed in its recently released paper: “Paris, for the People and the Planet”. Inspired by the Encyclical’s forward-looking vision, CIDSE stresses that governments should place the poorest communities who are suffering the most from climate change impacts at the centre of the debate. As we express in the paper, we advocate for a Paris agreement that should foresee the phasing out of all fossil fuel emissions and the move towards a 100% renewable energy future with sustainable energy access for all. It should ensure that a 1.5°C threshold is enshrined in a legally binding global agreement, set a goal for complete decarbonisation by 2050 and establish 5-yearly reviews of pledges to ratchet-up ambition. Furthermore, in order to pay the “ecological debt” owed to poorer countries, rich countries should deliver adequate, predictable and timely climate finance to poor countries.

On 28 November, together with faith based organizations, we will welcome pilgrims from all around the world, who are currently marching towards Paris. That will also be the occasion for an official delivery of the signatures of the Global Catholic Climate Movement’s petition, supported by CIDSE and its members in the run up to Paris and in collaboration with faith based organizations. Click here for more information.

On the eve of the climate conference opening, our members will march in the streets of the world’s major cities (on the 28th and 29th November) for the Global Climate March. CIDSE members will take part in the climate march in their countries (London, Rome, Madrid, Zurich, Ottawa, etc….).

From 9 to 13 December 2015 CIDSE will bring together in Paris about 130 people from the entire network including campaigners, leadership and volunteers. All together, and in collaboration with our partners and allies from all around the world, we will hold a 5-day programme, including workshops, exchanges and actions outside the official negotiations and in the framework of our ongoing campaign Change for the planet – Care for the people. (A detailed programme will be available soon). We will additionally follow some of the activities organized by the Coalition Climat 21.

See here below an overview of our activities in Paris. We will update the programme with the latest information in the upcoming few days.

For questions related to the campaign Change for the Planet- Care for the People: Chiara Martinelli, martinellli(at)cidse.org