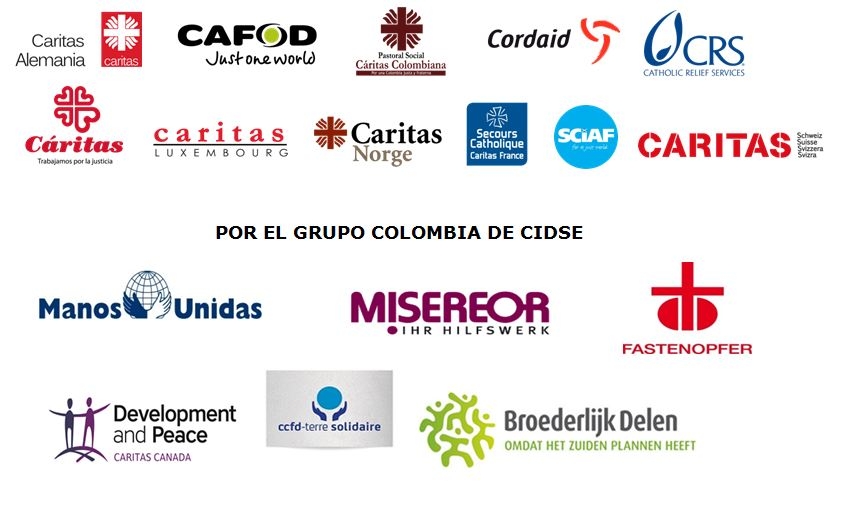 Catholic agencies from Europe and North America have welcomed the announcement that the Colombian Government and the FARC guerrilla group will sign a peace agreement on Monday 26 September to end over fifty years of conflict.

The Colombian Catholic Church and civil society have played a key role in supporting peace in Colombia, and in ensuring the participation of local communities and victims in the peace talks taking place since October 2012.
The Peace Agreement brings to an end a conflict which has generated one of the worst humanitarian crises of the last few decades. Over 265,000 people have been killed, 46,000 disappeared and almost 7 million displaced.

The statement draws attention to the issue of unequal land distribution, an underlying cause of the conflict. The Catholic agencies called on the Colombian Government to take actions to avoid further conflicts over land, including those generated by the lack of prior consultation with local communities regarding mining and energy projects promoted by the government and often operated by multinational companies.

It also calls on the international community to play its part in the regulation of companies who are investing in land in Colombia, to avoid complicity in violating human rights and rights of communities.

The Peace Agreement between the Colombian Government and the Revolutionary Armed Forces of Colombia (FARC) guerrilla group must now be approved by Colombians in a referendum vote which will take place on 2 October 2016.