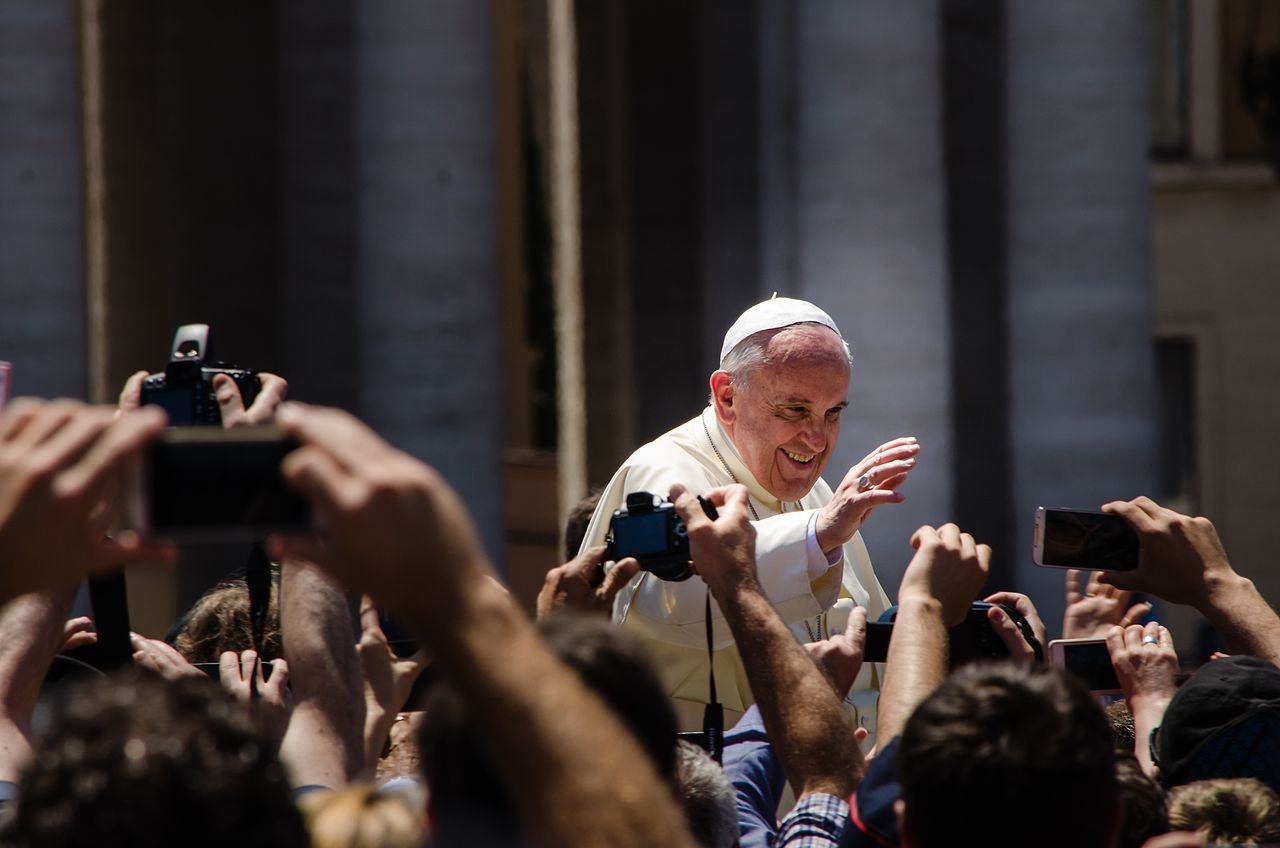 CIDSE, the international family of Catholic social justice agencies, welcomes the address of Pope Francis in Colombia who focused his intervention on the peace process underway in the country.

CIDSE’s Secretary General Josianne Gauthier said: “We fully support the Pope’s call for reconciliation and peace. The situation that has disrupted the life of so many people in Colombia for far too long. We hope that a new peaceful context will also create a favorable environment for addressing related burning issues such as the human rights situation, which has been directly and negatively impacted by the way in which natural resource extraction is happening in the country”.

The Holy Father reiterated messages from his encyclical Laudato Si’ of respect of creation. Reflecting on the inequalities that exist today, the Pope stressed that the economic model in place should respect the people and especially the poor. According to the Holy Father, mega-mining projects have ethical implications as they have an impact on access to energy and consumption and distribution of resources, as well as on the economic development in general. This is especially relevant in Colombia where the extractive industry sector is key for Foreign Direct Investments while not contributing significantly to the GDP. As our partners from the network “Iglesias Y Minería” point out in their press release the exploitation of resources to the detriment of local populations is a burning issue in Latin America. CIDSE endorses their call, asking Pope Francis for support against the attempts to open the Amazonian reserve RENCA in Brazil for mining purposes. The area, consisting of 4 million hectares of jungle, is currently home to many indigenous communities. Mining this land would mean taking their home away and directly attacking their human rights.

CIDSE hopes that the Pope’s visit can draw some attention to the situation of human rights defenders who are still too often putting their life at risk and for which the adequate protection is still lacking. This is especially relevant in Colombia: the 2016 report of Frontline Defenders records 281 killings of human rights defenders in 25 countries and more than half of these happened in Colombia.

Today human rights abuses linked to the activities of transnational corporations are still far too common. Ahead of the next inter-governmental working group on transnational corporations and other business enterprises with respect to human rights (IGWG) session in Geneva (23 – 27 October 2017), CIDSE would like to stress that a UN binding Treaty on businesses and human rights is a necessary instrument to protect communities and their rights in Colombia and other Latin American countries.

Note to the editors:
CIDSE is an international family of Catholic social justice organizations, working together to promote justice, harness the power of global solidarity and create transformational change to end poverty and inequalities. We do this by challenging systemic injustice and inequity as well as destruction of nature.
Several CIDSE members are operating in Latin America through their local partners; see here where the CIDSE family is engaged.
CIDSE recently published the two following reports on the potential of the UN binding Treaty:
– “Removing Barriers to Justice – How a treaty on business & human rights could improve access to remedy for victims”, Daniel Blackburn, CIDSE, September 2017
– “Ensuring the Primacy of Human Rights in Trade and Investment Policies – Model clauses for a UN treaty on transnational corporations, other businesses and human rights”, Markus Krajewski, CIDSE, March 2017