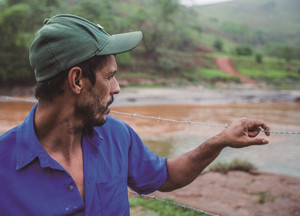 A recent series of decisions related to the mining industry highlight how extractive industries are increasingly being questioned by populations and local authorities who consistenly experience negative impacts of these industries without seeing or receiving any of the benefits.

The different rulings in El Salvador, the Philippines and Peru all point towards the same direction: enhanced regulation of mining operations, if not a complete ban as is the case in El Salvador. In this Central American country, Archbishop José Luis Escobar Alas, President of El Salvador’s Episcopal Conference, played an important role in the mobilization efforts for this law, which was adopted after a long dispute between the government and a Canadian company investing in a gold mining venture in the country. El Salvador finally won the legal dispute at the World Bank court after revealing that the Canadian company didn’t meet the legal requirements to obtain a mining permit. In the aftermath of this arbitration, a strong mobilization led to the approval of a law to completely ban metal mining in the whole country on March 29th 2017.

One day earlier in Peru, a court ordered the government to ensure that two oil companies suspend their operations and withdraw from their leases until a proper consultation is done with local populations. Here again, the case was widely supported by regional Church leaders, including the Pan-Amazonian Church Network, known by its Spanish acronym REPAM.

In the Philippines, the acting secretary of the environment said she was shutting down the operations of 28 of the country’s 41 mining companies. The companies, which account for about half of Philippine nickel production, have been accused of leaving rivers, rice fields and watersheds stained red with nickel laterite. Here again, a strong mobilization of civil society organizations that CIDSE members work with helped political leaders hear the stories of affected communities and take steps to hold companies accountable.

These developments all go into the same direction of questioning the benefits of insatiable material extraction in our finite world. As itis the poorest countries in the world that suffer the most from extractive industries, particularly from extreme environmental pollution and aggravated human rights violations, changes in global economic and trade policies are urgently required. The ongoing negotiation for the international legally binding instrument on transnational corporations and other business enterprises with respect to human rights (the UN binding treaty) represents an essential step in this direction. But during the last sessions in Geneva, the European Union and other developed countries where mining companies are headquartered have not been very helpful in this process, and are trying to redirect the discussion towards already existing voluntary measures.

CIDSE and its partners have been advocating for a comprehensive treaty that could serve to reverse the trend of increased rights for investors and multinationals and the lack of access to justice for victims of human rights abuses. This trend is exemplified with the case of the Salvadorian government facing a demand for $314 million in compensation from the Canadian company for the loss of expected profits from the mining venture, all while more and more community leaders who strive to protect their territory are criminalized.

To address this, the European Parliament’s committee on international trade held a hearing on “Business and human rights in EU External Policies: due diligence, non-financial reporting and access to remedies” during which different instruments were discussed and scrutinized, especially the UN legally binding Treaty on transnational corporations and other businesses. In October 2017, the third session of the UN open-ended intergovernmental working group will begin negotiations on the draft text of an international legally binding Treaty. It is thus a key moment for encouraging debate and reflection on questions of justice, new ways of thinking and measures that would make it so that trade and investment can serve to protect human rights rather than infringe upon them. In a recently published briefing, CIDSE presents proposals for provisions that the Treaty could contain, and which can serve as a basis for a wider discussion that can lead to an effective Treaty.