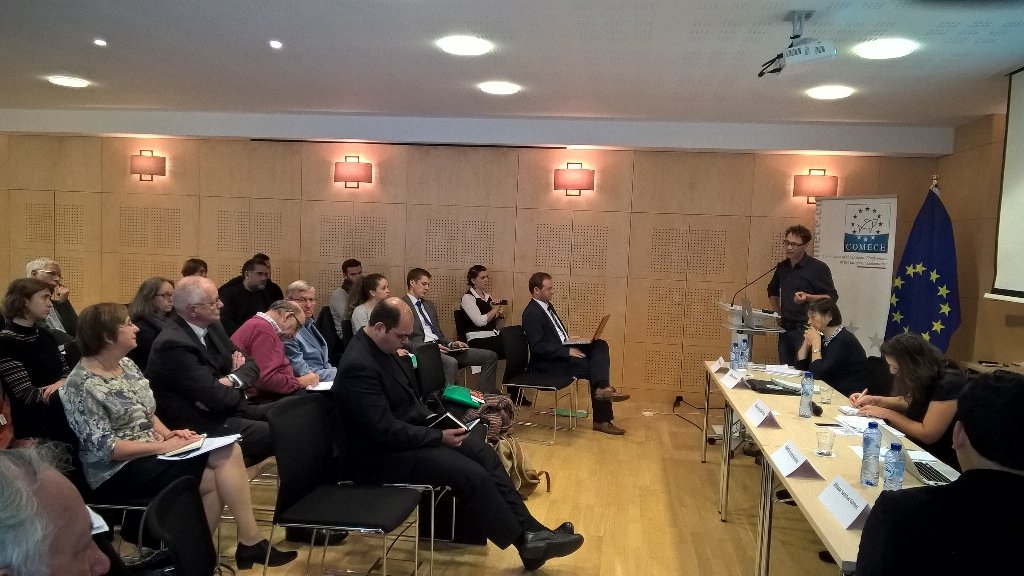 Looking back at the panel discussion “Extractives in Latin America: grassroots and international community responses”

The exploitation of oil, gas, gold, silver, iron, copper, tin and other materials by transnational companies (TNCs) affect many Latin American communities. The situation has deteriorated in recent years with the increase of extractive activities. This generates irreversible and negative impacts on people’s livelihoods and ecosystems; it hinders human rights of local communities and fosters conflicts. While many Latin American governments have supported the practices of extractive corporations through economic incentives and legal changes, alternatives exist.

This topic was explored in the panel discussion “Extractives in Latin America: grassroots and international community responses” organized by Pax Christi International, COMECE and CIDSE on 31st October 2017 and attended by indigenous peoples representatives, civil society and policy makers. 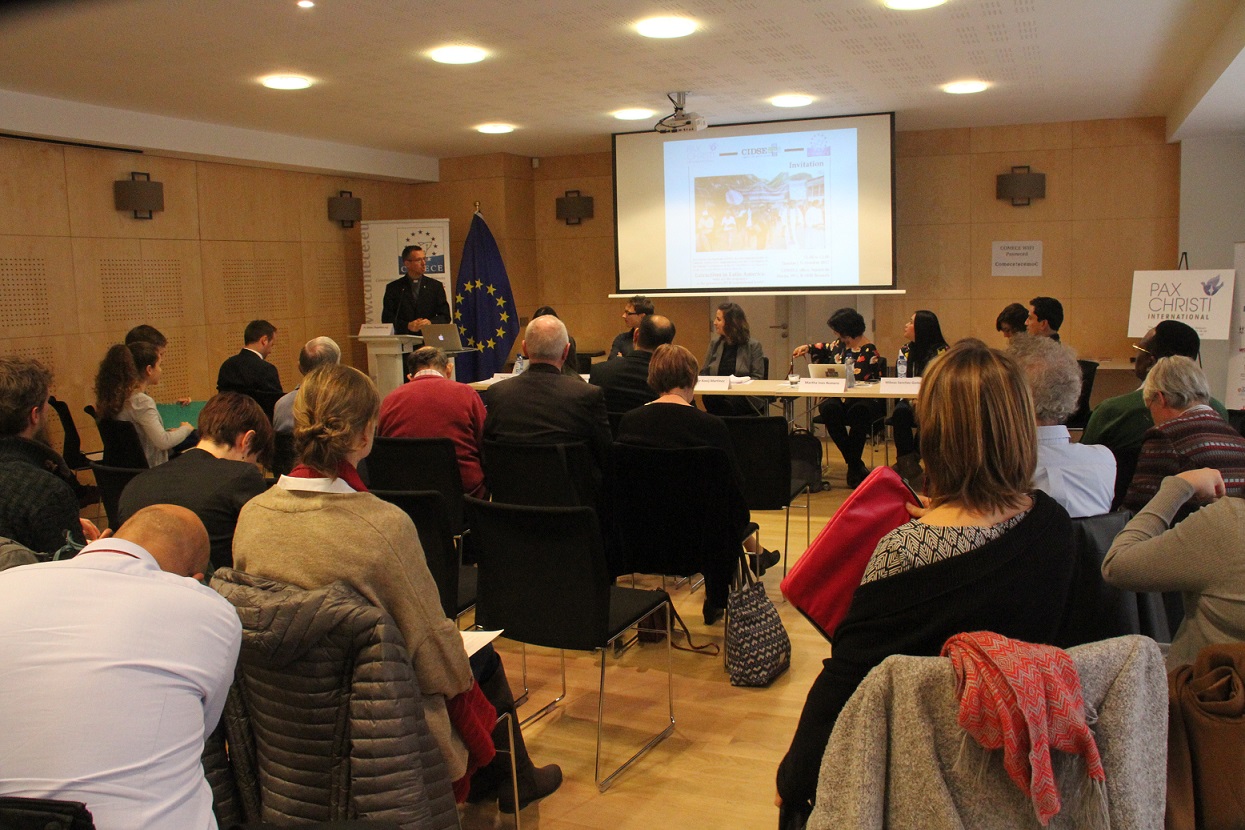 In his opening remark, Fr. Olivier Poquillon, Secretary General of COMECE reminded the audience that the issue of extractives and the access to natural resources is of great concern to Pope Francis, as highlighted in his Encyclical Letter Laudato Si’. The care for creation, respect for others and willingness to dialogue are fundamental in the Latin American region as well.

Martha Ines Romero, Pax Christi International’s Coordinator for Latin America and the Caribbean pointed out how the extractives industry brings many challenges, such as the escalation of conflicts and the environmental degradation. This lead the Latin American region to become one of the most deadly places for human rights defenders.

Mikeas Sánchez Gomez shared a very interesting insight into the struggles of her Zoque community in Southern Mexico. Her community is reacting to the activities of a transnational corporation engaged in oil extraction and mining. The Zoques have mobilised non-violently through assemblies, consultations, collection of signatures and through the creation of ZODEVITE, the Indigenous Movement of the Zoque Believing People in Defense of Life and the Earth. In several cases, their actions have led to the suspension of extractive activities by companies. 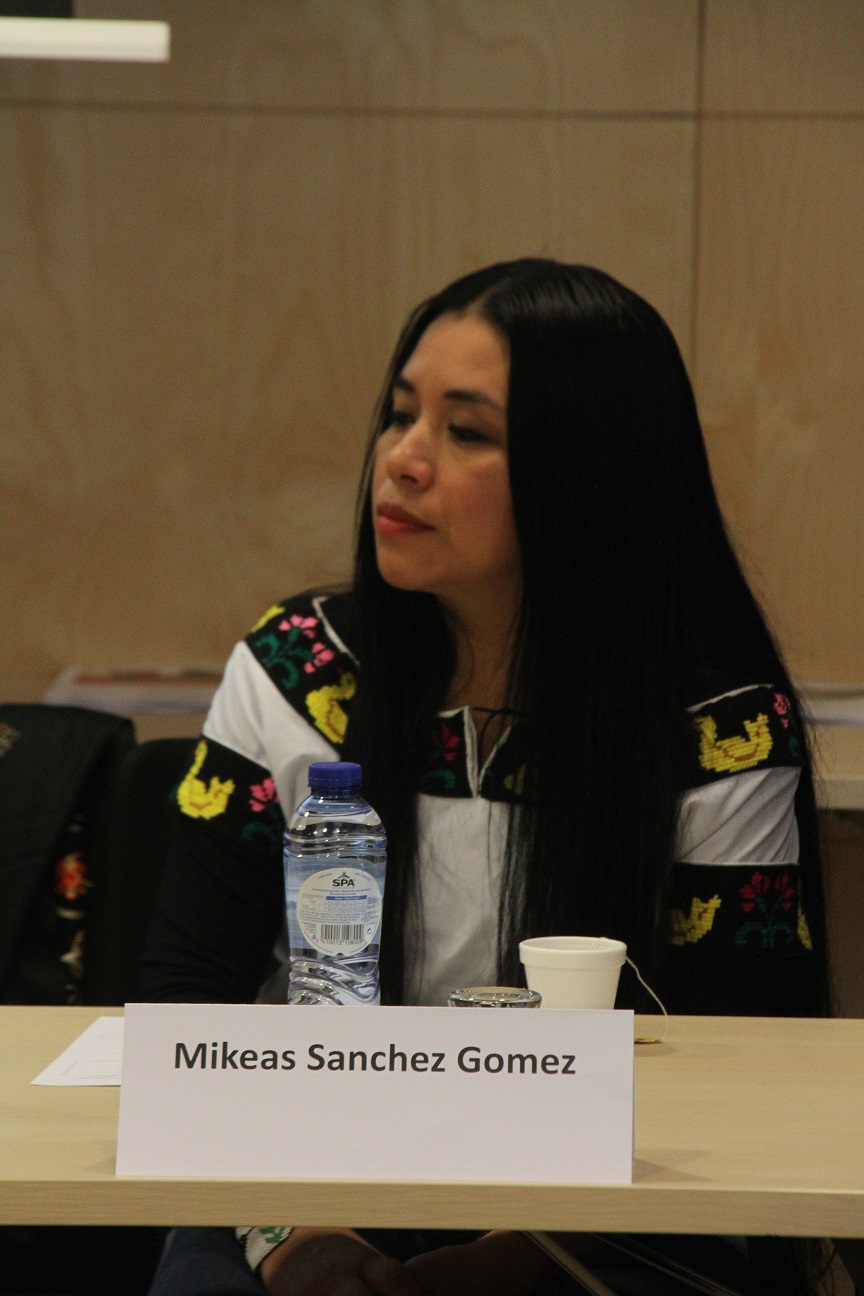 According to Tove Sövndahl Gant, Policy Officer on In¬digenous Peoples at the European External Action Service, the situation of indigenous peoples could be improved by implementing the UN declaration on indigenous people as basis for all actions and policies, and applying the UN Guiding Principles on Business and Human Rights.

Stefan Reinhold, Corporate Regulation & Extractives Officer at CIDSE, reported back from the UN Binding Treaty negotiations in Geneva and he stressed the great opportunities that this process brings. Pointing out the inconsistency of various initiatives taking place at different levels or focusing on different impacts or sectors of transnational corporations, he called on the EU and member states to recognize and seize the unique opportunity conveyed by the UN binding Treaty negotiations to show leadership on an issue crucial to so many European citizens.

From the discussion, the crucial importance of putting the problems of extractives in Latin America high on the agendas emerged. This involves listening to the voices of the affected communities, ensuring the respect of their human rights and granting human rights defenders a safe opposition space. The set up of a strong legal instrument is also necessary, and the EU should adopt a constructive approach in the negotiations on a UN binding treaty on business and human rights.

>>>Full presentations by the panelists can be watched here

>>>See attached a comprehensive summary of the event and the conclusions