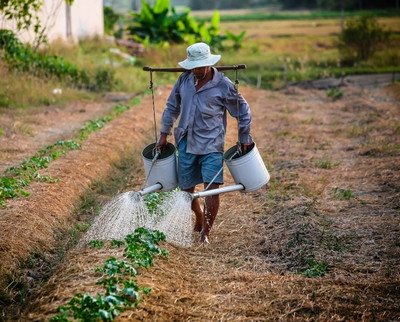 The Catholic network CIDSE calls on governments to up the stakes when it comes to the engagement needed to ensure the success of the Paris climate agreement and seize the climate challenge as the opportunity to put us on course towards a just transition that leaves no one behind.

A new paper, Climate Action for the Common Good, is being launched today at the UN climate talks in Bonn by CIDSE, an organisation bringing together 18 Catholic social justice organisations from around the world. CIDSE wants to encourage governments to respond to the climate challenge in a way that reflects the spirit of Pope Francis’s landmark encyclical Laudato Si’, which was credited as having a significant impact on the world successfully agreeing a global climate deal in Paris.1

Two years on, countries represented in the Paris Agreement have not done enough to fulfil their responsibilities around climate and an important player like the United States has even left the Agreement. While the Paris Agreement saw countries agree to limit global temperature increases to no more than 1.5 – 2 degrees above pre-industrial levels, forecasts suggest that current pledges to limit carbon emissions based on our current economic and development models will fall far short of meeting this target.

Speaking at COP23, Father Bruno Marie Duffé, secretary of the Vatican Dicastery for Promoting Integral Human Development, who is representing the Holy See at the talks, said: “We should not underestimate the importance of the moment we are in now. We are in the middle of the river, and we cannot go back. We have to be together, and we have to be strong, even if one state decides to go back. We have had the Paris agreement and now we have to move from the ethical intentions to making the political happen, and to do that we will need a new model of development that is rooted in dialogue and mutual solidarity, and that recognises the talents that each party has to contribute.”

The new paper is reminding governments that the massive transformational change needed to tackle climate change – in the cultural, economic, social and spiritual perspectives of today’s lifestyles and for future generations and of the urgency we need to deliver this. The way people live and their consumption choice has a direct impact on the climate, but changing this is in their hands.

Josianne Gauthier, Secretary General at CIDSE said: “Through the paper we want to reinforce the urgency of the Pope’s call for transformation in Laudato Si’. Options exist, human ingenuity and creativity exist and local and indigenous knowledge. It is time that people and their solutions become the centre of urgent and ambitious climate action.”

Climate Action for the Common Good says that governments should ask searching questions about their plans to tackle climate change. It suggests that countries consider how climate action can address poverty and human rights, whether the ambition shown matches the scale of the challenge, if their national climate plans encourage the participation of all people, and how the world can transition to a zero-carbon world in a way that does not negatively impact on the poorest and marginalised in society.

1. Laudato Si’ was published in June 2015 and deliberately timed to make an impact upon the Paris climate talks which took place in December of that year.

See here a video message by Father Bruno Marie Duffé recorded by CIDSE in occasion of the release of the paper “Climate Action for the Common Good”.