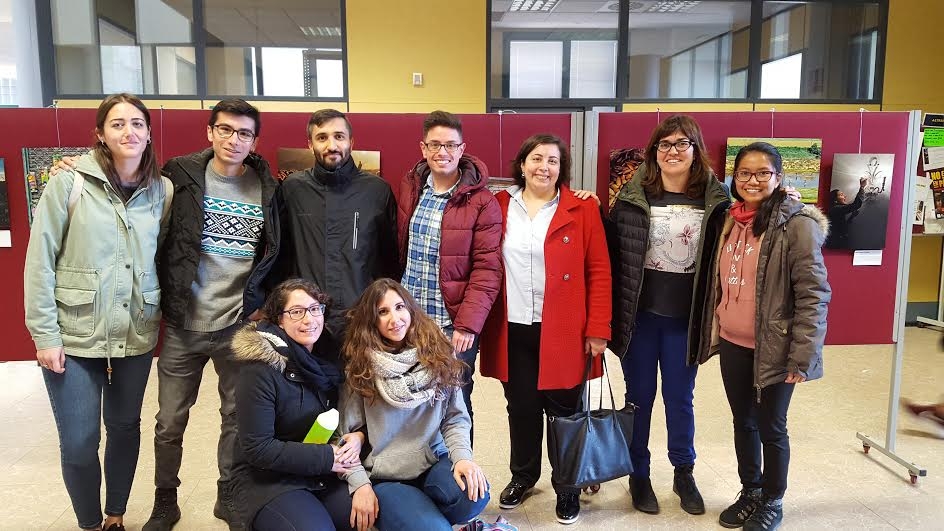 The CIDSE photo exhibition “Inspire Change”, is circulating among the Spanish universities of Castellón, Valencia, Murcia, Alicante and Cádiz (Spain). The exhibition captures 15 stories of people around the world who are taking action, caring for our planet and the people living in it.

It shows examples of sustainable models of production and consumption that are flourishing around the world, driven by people and communities engaged in the pursuit of a fairer and more sustainable society and taking people’s lives and planetary boundaries into account.

Thanks to the enthusiasm of Manos Unidas’ youth volunteers groups the photo exhibition is having a large success among Spanish cities. Supporting the tour, the screening of the documentary “Stories of Change: sustainable food for the people and the planet” is provoking debates among students on successful models of sustainable living.

Both initiatives have been developed in the framework of the “Change for the planet – Care for the people” campaign by CIDSE, launched in July 2015 and promoted by member organizations with the support of the KR Foundation. The campaign builds on the work CIDSE carries out with its member organizations towards social justice, doing so by promoting sustainable ways of living. The global over-exploitation of natural resources puts people and the planet at risk- and it starts with vulnerable people living in poverty.

The main protagonists of the several exhibitions planned are Manos Unidas’ young volunteers, who actively participated in the campaign’s past events. Thanks to the experiences shared with activists also from other European countries and their deep motivation to bring about a more just and sustainable world, they decided to carry on some activities in their cities and proposed the photo exhibition project to their local delegations. Those youth groups took care of everything (venues, translations, diffusion, logistics and permission) with the support of Manos Unidas’ campaigns department and CIDSE. “Change for the planet – Care for the people” invests in activities that put stories of ordinary citizens at the earth. We believe those concrete experiences and the opportunities to multiply are the main drivers of the change we are calling for. A story of change that especially inspired the young volunteers of Manos Unidas was the one of Cristophe Nothomb, a supporter of local agriculture in Belgium and featured in the documentary: “Stories of Change: sustainable food for the people and the planet.

Hundreds of Spanish students already visited the exhibition, which was already staged last November during COP23 in Bonn and in Brussels in June 2017. After the Spanish tour, the exhibition will be displayed in Leuven, Belgium, for the event “Towards transforming our relationship with nature”, organised by CIDSE from 16th – 18th April.