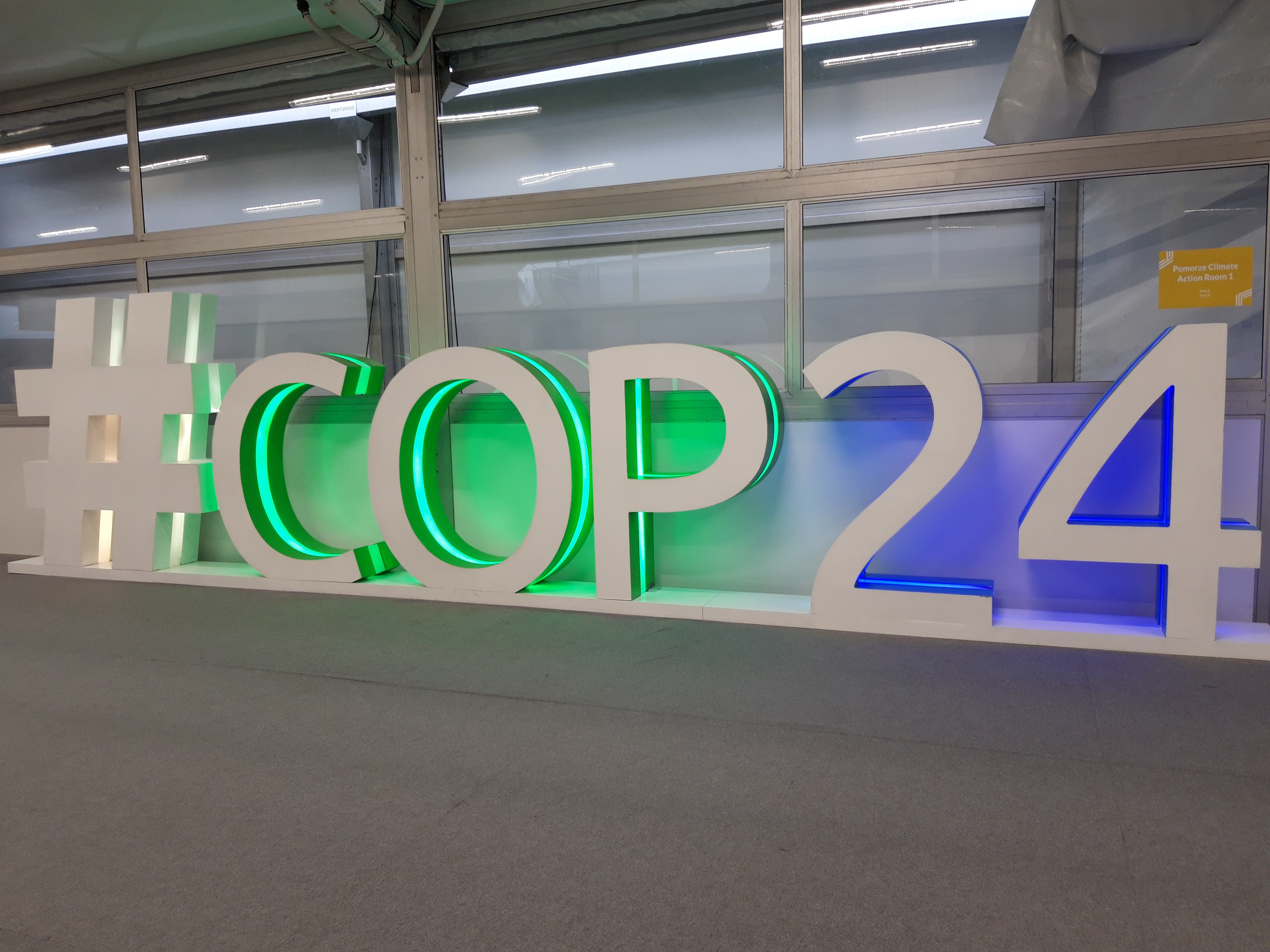 The COP 24 UN climate talks in Katowice, Poland, end today, after two weeks. Negotiators at the conference had the task of drafting the “Paris Rulebook”, the critical next step in the implementation of the Paris Agreement adopted 3 years ago.

In the IPCC landmark report (October 2018), the world’s scientists warned us of the urgency to put all possible measures in place to keep global warming below 1.5 C, if we are to avoid catastrophic consequences. They clearly outlined that we are in a time of climate emergency and that in order to save our planet, we will need to make drastic changes in our policies and lifestyles. The end of these talks and the Paris Rulebook that has been adopted, do not adequately reflect the urgency, and a lot still needs to be done to implement stronger measures that can allow to stay within the 1.5 C temperature limit. Lack of strong mechanisms for enhancing ambition to reduce GHG emissions as well as solid financial commitments, and the exclusion of reference to human rights and food security are clearly showing that governments are shying away from their responsibility to act and therefore to fully implement the Paris Agreement commitments.

Yesterday, civil society including CIDSE, responding to the apparent lack of strong commitments coming out of negotiations, led a huge protest inside COP 24, reminding political leaders of the “People’s demands”, which concur with irrefutable scientific evidence. With many other organizations we highlighted that we need immediate and ambitious action; and a drastic shift of our energy and agriculture systems must begin now; and that finance must support such transformational change as well as help those who are already coping with climate disasters. We repeated that to be truly effective we must do this in a way that is fair and just for grassroots and frontline communities, ensuring that the burden does not once again fall on the poor and those who are most affected by – but least responsible for – the current climate crisis. People asked governments to put transformative actions in place at this COP: “Nobody expected one conference to solve the climate crisis by itself. But we did expect better than this – and we do deserve better.” stated the people in the action yesterday.

“For CIDSE, the foundation of climate policies must be solidarity, as climate justice is a moral imperative and solidarity cannot exist without humility. Politicians of wealthy nations should be humble enough to recognise their duty to put the interests of others first, to understand that we share one common home, and to protect us all as one human family.” said Josianne Gauthier, CIDSE’s Secretary General. Solidarity must also be at the center of our economic system, requiring ambitious and deep structural reforms, calling on our society to anchor itself in new approaches and policies: a new trade regime for a social and solidarity economy, a different banking and financial system – a whole paradigm shift.

The last days spent at COP 24 showed us again that such a shift should be pushed strongly by citizens’ voice and actions. A large group of volunteers from the CIDSE network gathered in Katowice and committed to radical lifestyle changes and action for climate, becoming ambassadors for change in their home communities (see campaign “Change for the Planet- Care for the People”). They know that, their commitment – together with the one of several civil society actors – will contribute to the awakening that they will create all around them, through the power of their actions and their witness. CIDSE as a network also commits to support this committment. Such a push built on the Catholic Church engagement for climate, including the Holy See talking about “Urgent Action and urgent need for a new solidarity” in the climate talks.

The Climate Urgency: Setting Sail for a New Paradigm