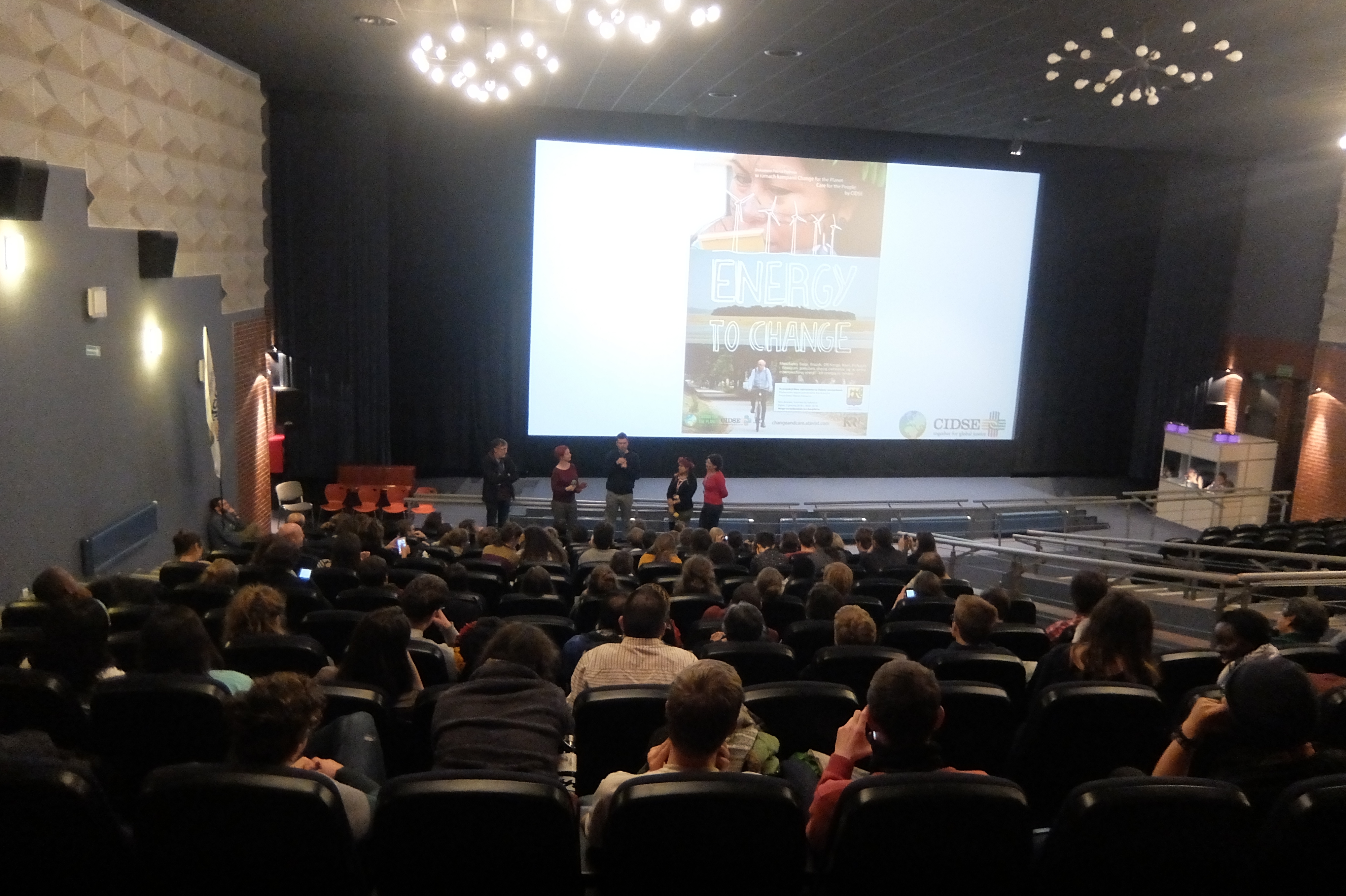 The documentary ‘Energy to Change’ premiered on 7 December to a crowd of 150 people. Among the audience were activists from Polish civil society, climate pilgrims, grassroots organizers, indigenous community members, and COP24 party representatives from across the world.

The screening was the culmination of a day-long workshop for volunteers from the campaign Change for the Planet – Care for the People. After the documentary, three speakers from three of the stories answered questions from the audience.

Energy to Change follows six personal stories of communities and individuals who are committed to using energy more sustainably. A village in DR Congo organizes to build together their own small hydroelectric dam, while an indigenous activist in the Brazilian Amazon resists a privately-owned, large dam that threatens to destroy a sacred site. A Swiss family moves into a co-housing unit where they share energy and space with 15 other people. A Belgian church relies on renewables and preaches on our duty to protect our common home. An activist in Portugal takes the train and rides his bike before attending a climate protest. In rural Kenya, a nurse expresses joy that she now has the solar power to filter water for patients and keep medicines cool.

The documentary visually illustrated some of the initiatives and concerns presented by NGOs to volunteers during the day. Two Polish people shared their efforts to raise awareness among Polish society about the connection between ecology and Catholicism, similar to the Father of the eco-church in Belgium. Both the Polish environmental NGO Klub Gaja and the member of an Amazonian indigenous community speaking after the screening expressed concern with their current authoritarian governments, who not only threaten to roll back environmental legislation, but also democratic mechanisms.

The documentary is also now available to watch online. You can also watch the trailer. Please contact Gotra @ cidse.org for promotional materials if you are interested in organizing a screening in your community.

Watch below one volunteer’s reaction to watching Energy to Change.