These principles are designed to inform CIDSE and its member organisations’ thinking across different areas of work towards a more sustainable and just world. 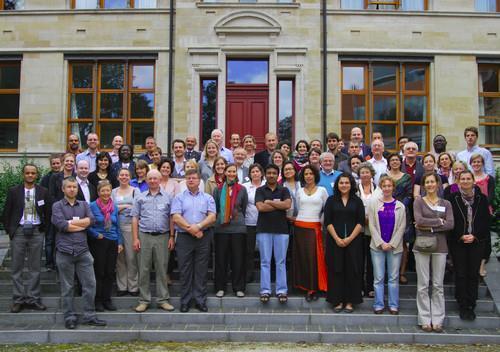 I. Speaking of ‘Growth’ as an aggregate target is unhelpful, as are polarised debates on ‘growth is good’ or growth is ‘bad’. Development or progress are more useful objectives for policy-makers to pursue.

As currently understood, growth is just a reflection of levels of activity traditionally given a financial value in the economy. Some of these are more socially useful, some of these are more environmentally destructive. We need more of some kinds and less of others. The most important question is what kind of growth.

More growth is needed where people are deprived of basic facilities to live decently and need stepped-up levels of resource investment. But rather than defending these countries’ ‘right to grow,’ we should be speaking of the ‘right to development.’ The types of policies that are implemented in the pursuit of growth, as traditionally understood may be different to those that genuinely promote development. And this development has to come first from the territory and from people themselves, with their consultation, and not necessarily from foreign investment.

There are equally obviously places where growth is unhelpful or even destructive – for example, increased consumption in rich countries that does not increase well-being, and does not acknowledge the ecological limit of global resources.

All countries need to plan and implement development strategies within an ecologically and socially sustainable framework, based on equality and a fair/just redistribution of wealth. Additionally, rich countries need to redirect major areas of their economies towards an ecologically sustainable and socially just framework. This dual responsibility fits well with the already existing concept of ‘common and differentiated responsibility.’

II. Shifting to a “Green Economy” should be a challenge taken seriously by policy-makers, not an opportunitistic move to reinforce current hegemony – economic or ideological.

The UNEP coined concept of a ‘green economy’ is being promoted by industrialised countries and multinational companies but appears to be just a repackaging of old economic approaches, meaning to reinforce the weight of dominant economic and financial actors. It risks “greening” a system that is not serving human development and that does not bring benefits to the poorest; the control remains in the North, thus perpetuating or extenuating existing imbalances and injustices.

There are different paths appropriate to specific social, cultural and historic circumstances that can lead to human and ecological well-being. Many alternate models already exist and are delivering more equitable and desirable outcomes than the current dominant model. These need to be showcased.

There are some basic elements that need to be present in whatever the economic model adopted:

III. What is measured matters. GDP needs to be, radically revised and supplemented

The key indicator of growth, GDP currently only counts the monetary value of all goods and services that were produced for final consumption over the course of a year. It does not include unpaid work in the home, care for others, unpaid voluntary work, the entire informal sector in developing countries, social solidarity, leisure and health, education, good governance, freedom to participate and ecological harmony even though these factors have a significant influence on the quality of our lives.

The fundamental function of the economy is to serve the well-being of people and the environment. This calls for revising the parameters to measure growth. Rather than only valuing production, export orientation and net income (which is invariably skewed to reflect the incomes of the richest minority) of the country, it must also value the social and ecological well-being of the country.

IV. Change begins at home and in our mindsets

Criticising the current model might entail openly criticising actors that are not traditionally seen to be negative. It requires a visionary and robust posture to withstand critique and even loss of support from traditional (and conservative) supporter-bases.

We may need to develop strong links with domestic civil society in our own countries.

Positively, we can take advantage of the growing sensitisation among the general public around fair trade, organic food, more ecologically-friendly life-styles etc. to reinstate concepts of ‘small scale’ and ‘local’. This growing awareness allows us to make our own work on promoting alternatives more visible.

There are powerful vested interests at play in maintaining the status quo, and as such, we will be competing for space and influence in our public engagement in presenting our alternative vision.

Additionally, choosing to advocate for alternatives requires us to reflect on the way we currently work: who are our partners? Who are our targets? What are the messages we convey to our constituencies and how do we communicate them?

It may require a radical shift in how we think of and work for development: focussing more on inequality would involve a move to a rights-based approach. It would necessarily include a gender dimension and consideration of the macro- economic dimension.

To change patterns of behaviour, a new set of voices (possibly those who have not been heard so far) need to be heard. To enable this, we need to form alliances with actors that can voice alternatives- mainly to be found in social movements. Bridges need to be built between social movements across the world. While traditionally we have resorted to ‘telling their stories’ and developing ‘case-studies’ of partner organisations we now have to find new ways of bringing partners views, analysis, concerns and proposals to the forefront. We must make an effort to convince our supporters of the value of advocacy work as much as that of service delivery.