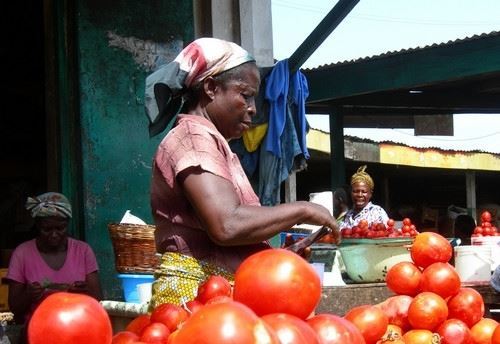 If the European Commission fails to adjust how the EU’s banking sector functions, the world’s poorest will come under additional strain.

This is evident not just in dwindling aid levels – aid from major donors was 3% lower in 2011 than in 2010. Reduced consumption also means that the markets for developing-country exports have dwindled; the European Union’s trading partners in Asia, Africa and Latin America are all suffering the effects. The threat of a crisis at home has reduced banks’ confidence and prompted them to repatriate capital, limiting credit in under-served developing-country markets.

This is why the High-Level Group on EU bank reform is so critical for overseas development. Failing to get it right would risk putting further strain on the most vulnerable.

One aspect of financial-market integration in the European Union has been the increase in cross-border financial firms, which have become more complex and difficult to resolve in case of failure. In the absence of measures to wind down large financial institutions in an orderly way, the failure of a large bank risks putting the vital functions of the banking system at risk, obliging states to step in. Preventive measures are needed to ensure that financial firms never again become too big or too complex so that the society as a whole ends up paying private losses.

The group of experts therefore needs to tackle three tough questions that matter to both citizens of Europe and of the developing world.

First, are the risks that global banks generate outweighed by the benefits they may provide in enhanced efficiency and economies of scale? Experts, such as Andrew Haldane of the Bank of England say that the benefits of economies of scale in banking begin to slow down as banks reach $100 billion (€75bn) in assets. If this is true, chances are that fat banks are really taking in from society a lot more than they give back.

Second, how much of the complexity in the financial system is necessary to further socially desirable functions and how much is just created in order to enable higher profits and tax avoidance? A recent study by the Organization for Economic Co-operation and Development (OECD) found that many complex finance deals did not respond to any real economic purpose, being purely designed to allow tax benefits for the parties involved. This would mean so-called financial ‘innovation’ is not the blessing to the economy that we are told it is, but a drain on public resources.

The financial reforms of the last few years have tried to keep up with such complexity, but they have only made the work of regulators very complex. Speaking of the new rules for capital requirements, the director of the US Federal Deposit Insurance Corporation, Thomas Hoenig, said they “will not improve outcomes for the largest banks since its complexity reduces rather than enhances capital transparency”.

Third, should banks that provide essential retail services – such as deposit-taking – to ordinary citizens be allowed to engage in risky investment-banking activities? While the guarantees provided by governments to retail deposits may be justified, in a crisis it may prove impossible to confine government guarantees to those essential services without providing a backstop to the whole institution, including its most risky financial bets. Knowing this, banks have an incentive to rely on government funding for speculative purposes, thus distorting financial markets.

Unfortunately, despite the many reforms that have been undertaken since the crisis, the financial system is less prepared to react to the collapse of a firm than it was four years ago. Nowhere is this clearer than in Europe, where governments are still being forced to find room in leaner budgets for funds to capitalise troubled banks.

At the very least, limits should be promptly established that would the size of banks and impose restrictions to safeguard traditional banking activities from the consequences of speculative transactions. Mechanisms for supervising and winding down failing banks, especially if they operate in more than one country, are also urgently needed. A banking union might make the supervision of cross-border banks less convoluted, but will not change much if the unnecessary complexity in the supervised banking institutions is not addressed as well.

In the meantime, developing countries are now less able to withstand a renewed crisis than they were four years ago. Their fiscal cushions are smaller, their room to adjust monetary policy is limited, their debt levels are higher, and the ‘engines of growth’ that saved the day in 2008 – south-south trade with Brazil, China, India – are now suffering from economic difficulties themselves. For them, the stakes on a meaningful reform of the banking sector in the industrialised world have never been higher.

Aldo Caliari is director of the Rethinking Bretton Woods Project at CIDSE’s US member Center of Concern.

This article first appeared in the European Voice.