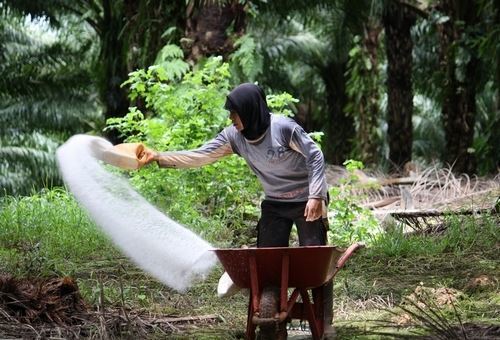 CIDSE partner Rahmawati Retno Winarni of Sawit Watch (Sawit means palm) will be in Brussels for a panel on biofuels at the European Development Days on October 17th.

What impacts does the production of palm oil have on Indonesians?

Industrialised palm oil production leads to soil degradation and water contamination. On top of that comes the climate effect: when peat land is cleared for new plantations, huge amounts of CO2 escape. But the Government is committed to the economic growth sustained by the palm oil industry. The politicians believe in the trickle-down effect, in the fact that wealth penetrates from the top to the poorest layers of society so that all benefit from economic growth.

The intentions of the government’s plan – “Prosperity for all” – are good. But does it work in practice?

No. Especially the indigenous people suffer from the palm oil boom. Many lose their land and livelihood, their health and their culture threatened by the oil plantations. And who fights against it is criminalized. We witness violence, expulsions, murder. Nevertheless, the government promotes the palm oil industry. For one, they pass suiting laws and regulations. Secondly, their support is very concrete.

What does that mean?

Sometimes the government grants “land without people” to companies. This land is, however, too often inhabited by indigenous peoples. The cadastral system in Indonesia is below par. It is particularly difficult for indigenous people to prove ownership of their land. Sometimes, government officials help to put indigenous under pressure to pressure. Let me give you an example: When I began my work at Sawit Watch, I visited a village in the heart of Borneo’s Dayak Ibun – surrounded by plantations. When we arrived in the village after travelling ten hours over muddy roads, the Indigenous population received me with a traditional ceremony. The Dayak are very hospitable. And the powerful make use of that. The palm oil plantation should grow and therefore the companies needed the additional space. To apply pressure, a local politician flew with a delegation of the company by helicopter to the village one evening. So he signaled that it was important people who wanted the land – and the Dayak signed.

How do the people who have sold their land make a living, with the proceeds of the sold land?

Often they don’t get any money for their land. They barter their land against palm trees.

Let’s say an indigenous person has 7,5 hectares of land. Then an investor offers the following deal; for 4 hectares of land and a sum of money the person will become palm trees to grow on the remaining 2,5 hectares. He or she doesn’t need to pay the trees immediately, but can discount it with palm oil earnings. After that, the palm trees belong to him/her, in theory at least. In practice, I know many cases in which people get less land than agreed, less trees per hectare, or didn’t even get to keep their land after paying of their debt. In addition, oil palms need a lot of water and fertilizer and it takes up to four years to get a first harvest. Indigenous people and smallholders don’t have the savings to cover the time until the first harvest.  And even if they do harvest, they have to sell the fruits to mills that belong to big business. Since the fruit must be processed quickly after harvest, they have little bargaining power in terms of prices.

Why do indigenous people engage in such transactions? 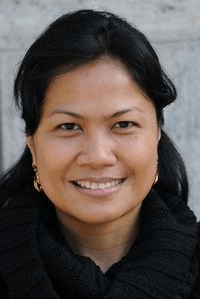 Because they have a very different understanding about private property. The land is communal land. In their understanding, they only lend it. Often they simply do not have sufficient knowledge to judge the situation accurately.

Sawit Watch defends the rights of indigenous people and small farmers. How does your organization work?

We inform people about what is happening in Indonesia’s forests. Society needs to know about the conditions on the plantations. We also inform small farmers, indigenous people and plantation workers about their rights, about the economy and good agricultural practices, so that they can remain independent. Through advocacy we are trying to prevent the spread of palm oil plantations. And where plantations already exist, the rights of residents should be respected. Indigenous people must have access to political processes. The government needs to recognize that these people exist.

Palm oil is used in many products, in ice cream, yogurt, chocolate, cosmetics and biofuel course. What can consumers do to support your work?

You cannot avoid palm oil products. It is therefore important to know how the palm oil is produced. Consumers should require producers to make sustainable products that are not based on human rights violations.

This is an English translation of a March 2012 interview with Rahmawati Retno Winarni by Petra Kilian of CIDSE member organisation Misereor.

More about CIDSE at the 2012 European Development Days via www.cidse.org