“Memo to all bishops: Take the Bus!” – CIDSE
Skip to content 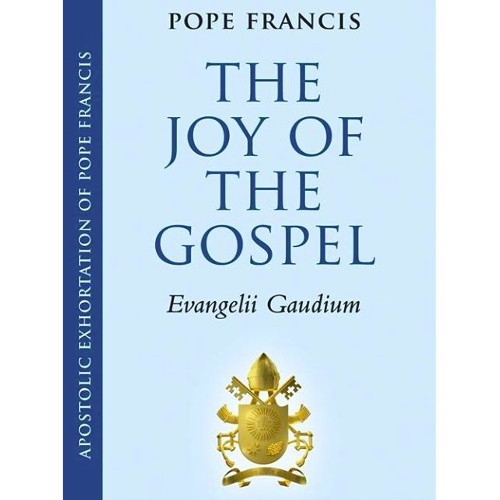 Pope Francis published his first Apostolic Exhortation, Evangelii Gaudium, in late November. CIDSE immediately welcomed the text as putting the poor and vulnerable at the heart of evangelization, and asked James E. Hug, SJ, for a deeper analysis, which he has been kind enough to write for us.

Evangelii Gaudium is clearly a rooted pastoral vision from a man who has ridden the bus to work and spent time with poor people in barrios.  Despite all the efforts to insist that Pope Francis is in tune with traditional Church doctrines and Benedict’s teachings, he has shifted the focus from doctrinal orthodoxy to pastoral need and care.  He shows extraordinary pastoral concern for people trapped in poverty and great respect for their unschooled but Spirit-inspired faith.  He refers to “popular spirituality” as “the people’s mysticism,” insisting that the expressions of popular piety are inspired by the Holy Spirit.

Most important for CIDSE member organizations and the mission we share: this document should put an end (at least for a while) to the “guilt by association” attacks for collaborating with international partners that don’t share all Catholic moral positions.  Under the rubric of not “cooperating with evil,” the attacks have demeaned and undermined effective development and charity work, divided the church community, and diminished severely the resources available to serve those most in need.

Francis takes a very clear and sharp turn away from the ideology that Catholics should avoid contact with people and organizations holding opposing beliefs.  His call for a Church that gets its feet dirty in its engagement with the world and for openness and respectful dialogue with those we disagree with supports long-standing CIDSE practice.  It recalls the stories of Jesus sharing meals and staying with those considered sinners corrupting the holiness of Israel by the Pharisees of his day.

His attention to the structural and societal dimensions of evils like consumerism and inequality and his call for a renewed thinking about development in a context of global solidarity will support CIDSE member organisations’ messages in their home countries.  His courage and directness in challenging things like ‘trickle-down theory’ may make renewed discussion of these issues possible.

Francis also makes an important shift of perspective on problems of social suffering when he asks NOT ‘how could a good God allow this to happen/continue?’ BUT ‘how do you think God evaluates the situation where people are suffering and people who could help do not do so?’  CIDSE communications people should rush to broadcast that statement!

Finally, I suspect that one of the longer-term major contributions to the development of the Church is the attention Francis gives to the difference in cultures and the need to respect them.  It is an important opening to further discussion of inculturation of the gospel message to which CIDSE’s extensive international experience can make important contributions.

Francis is steering us onto a fresh path, one that is badly needed in the world today. CIDSE member organisations would do well to talk with their bishops and urge them not to miss this bus.

Father Hug is an author writing on Catholic Social Teaching and former President of Center of Concern, the CIDSE member organisation in the US

CIDSE’s direct reaction on the text