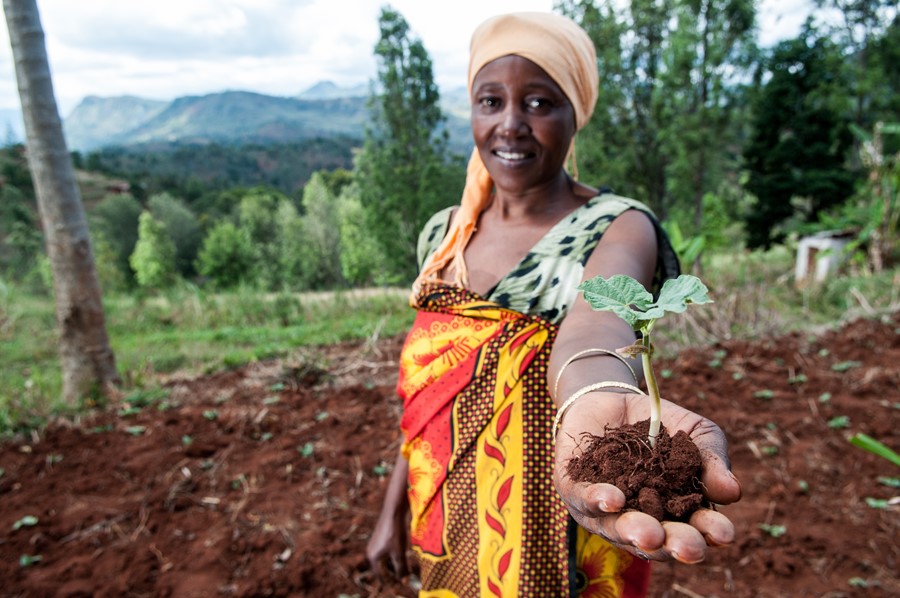 As governments prepare for the Third International Financing for Development Conference (FFD 3) to be held in Addis Ababa next week (13-16 July 2015), an important decision refers to the follow-up process: how will governments be held accountable for the commitments made at FFD3?

How will governments be held accountable for their financing commitments? The Addis Ababa Third International Financing for Development Conference (FFD3) presents an opportunity to improve how these commitments are followed-up upon, so that this does not need to wait another seven-odd years to happen. To improve finance for development, a sustained dialogue within the UN on the holistic picture of FFD flows is needed in a proper follow-up process.

After the Conference has been postponed for three years, FFD3 finally takes place in the same year that the Post-2015 agenda and the Sustainable Development Goals (SDGs) are to be adopted. This has caused a measure of conceptual confusion about the linkages between the two agendas, reinforcing the mistaken assumption that FFD is purely a venue to agree on the means of financing SDGs. While the post-2015 agenda and FFD3 outcome do link up to a large extent, they are political processes with separate histories and purposes.

The FFD process began in the late 1990s and was meant to provide a platform to coordinate all sources of finance in a holistic and comprehensive way and with all development actors. The timeline of these events is illustrated above. Although the FFD process began before the MDGs, the Monterrey Conference became seen as a way to finance the MDGs. However, supporting the MDGS was only one part of the FFD conference purposes. FFD cannot only represent the means of implementation of the SDGs as these are not all financial in nature. The FFD process is a process to advance multilateral action on a broad range of development finance issues, even where these do not directly relate to the Post-2015 agenda. Thus, the relationship between FFD and SDG means of implementation only has partial overlap. 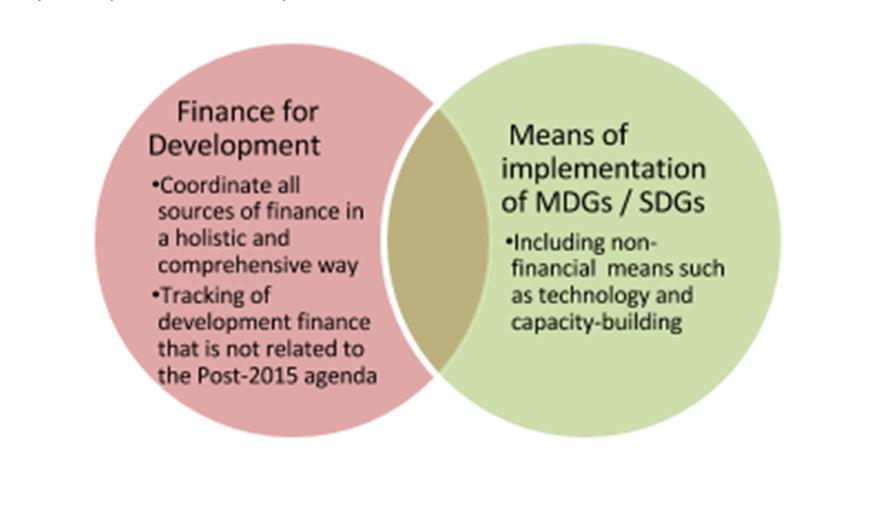 Unfortunately the FFD agenda has been changed since Monterrey to include non-financial means of implementation. The inclusion of non-financial MOIs overloads the agenda and places these in a forum where there is not space for them to be properly addressed. The expansion also creates duplication as the MOIs will be addressed twice, in Addis and at the Post-2015 summit in NY.

A number of countries are proposing that global follow-up for FFD should take place in the High Level Political Forum (HLPF), a subsidiary body to both the General Assembly and the Economic and Social Council (ECOSOC), arguing that a separate FFD track creates duplication and risks incoherence. There are three reasons to question these proposals. Firstly because they are based on the false premise that the FFD agenda is exclusively to implement a time-bound set of 17 goals. Secondly they weaken dedicated space and resources allocated to advance FFD matters at the UN. Thirdly, being relegated to be followed up as part of larger mix of issues through high level political review reduces the likelihood that technical or detailed discussions essentially a part of the FfD process take place under the auspices of the UN.

Our proposal for FFD follow-up

FFD must play two roles: to support the SDGs and to coordinate tracking progress on all sources of finance for development. CIDSE proposes the creation of an autonomous intergovernmental body- counterpart to the Secretariat’s Financing for Development Office. All international conferences have had dedicated bodies to ensure an effective follow-up but FFD does not.

Characteristics of this body:
➢ Subsidiary of ECOSOC or the General Assembly
➢ Should meet periodically, possibly biennially
➢ Should involve a Ministerial level meeting producing a negotiated outcome
➢ Should maintain the sui generis rules of participation in the the FFD process

Coherence and avoiding duplication can be addressed by allocating space in the HLPF for dialogue on Outcomes of the FFD follow-up . HLPF outcomes should be fed back into the FFD process so that input flows in both directions and SDG priorities can also periodically inform FFD follow-up. Countries may also raise concerns about the additional cost. However, considering the poor performance of the past, the cost of improved follow-up is a modest investment for a big payoff.

Traditional FFD stakeholders will continue to have a role in the FFD process. Functional commissions have shown that it is possible to put mechanisms in place which allow interventions by the private sector and civil society while respecting the prerogative of Member States as decision-makers, them being ultimate duty bearers for the implementation of international agreements, rules and obligations.

The current process is not working in tracking the progress of implementation of existing agreements on FFD. This year the international community will embark on a very ambitious global agenda in the form of the SDGs. Ensuring a strong follow up mechanism for critical means of implementation while safeguarding the space to monitor broader discussions on financing for development will be a clear signal of how serious they are. We urge governments in Addis Ababa to step up to the challenge.

Note: CIDSE is co-organising a side-event at the FFD3 Conference which will provide a valuable space for the strengthening of follow-up to be discussed. The event will be held on Wednesday 15 July 2015. The flyer is attached.