Press release: Church sends a strong signal of support for communities affected by mining, and for work towards effective responses – CIDSE
Skip to content 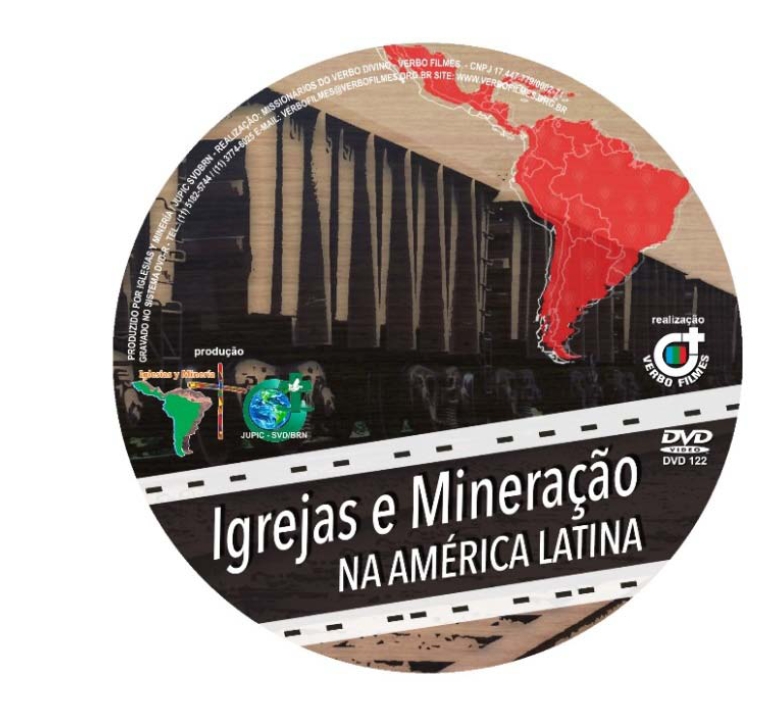 Today, the Pontifical Council for Justice and Peace will welcome about thirty representatives of communities affected by mining activities from Africa, Asia and Latin America for a three-day meeting, “A day of reflection – In union with God we hear a plea”. The meeting is intended as a time for collection of evidence, sharing of experiences, reflection and proposals for future action by the Church or communities themselves.

Hearing the cry of the oppressed and the cry of the earth: Communities in different parts of the world are facing situations of violence and intimidation, lawlessness and corruption, pollution and human rights violations linked to mining, as well as criminalization and persecution of leaders defending their land and rights.

“In our region of Carajás alone, in the North of Brasil, we have seen 26 conflicts in the past three years between Vale mining company and local communities. After people’s demonstrations, in many cases, the response by governments and the multinational has been the criminalization and the filing of law suits against our people. In this way the company tries to change from aggressor to victim, as if our communities were bothering their projects and becoming an obstacle to their profits.”- commented Alaide Abreu da Silva, a leader of one of the communities affected by mining in the Maranhão State.

The ecumenical coalition Iglesias y Minería (Churches and Mining) brings together about 70 Latin American Christian grassroots groups, working side by side with communities to promote and defend human dignity. As Pope Francis emphasized when addressing social movements in Bolivia on 9 July, the poor and the excluded can and are doing a lot: the future of humanity is to a large extent in their hands, in their capacity to get organized and to promote creative alternatives to current development models- which are harming both nature and the people.

Iglesias y Minería embraces this message and works towards empowerment of communities, but at the same time denounces the underlying problem of imbalance that sees on one side big companies investing capital and acting according to narrow economic interests in a territory, and on the other side the local communities. The latter are every day defending the existence of their peoples, their cultures, projects, lifestyles and relation with Mother Earth, against projects that impact them; but they lack the economic, political and media influence that companies often have.

“Our network of grassroots Christian groups was formed with the purpose of defending communities in these types of situations of imbalance. The political lobbying and economic power of companies is very strong and it promotes a continuous increase in mining activities. It is really important that the Church at all levels (also at the institutional level) reinforces the visibility, the disapproval of certain policies, and the just claims of self determination by the communities”- said the Comboni Missionary Dario Bossi, working in Latin America on these topics.

While some mining companies say that they seek dialogue with local communities, the experiences of local communities frequently reveal a falsity in this ‘dialogue’. Often the main objective is rather to make them endorse the companies’ projects, in exchange for very few short-term benefits and for maintaining a façade of “good relations.”

Acting with diligence and responsibility in the service of the common good, justice and human dignity: A number of affected communities are supported, advised, and defended by the Churches, which have taken courageous positions in a variety of contexts. The meeting organized by the Pontifical Council for Justice and Peace (PCJP), on 17-19 July to listen to stories of affected communities, is an example of such Church engagement. Two principles, respect for the self determination of communities and for care of the common good above economic interest are emphasized in the encyclical and further motivate the work on Churches and mining – in the notes for editors some quotes from the encyclical supporting these points have been selected.

Empowered by the Church, it is important to work towards measures to help ensure that businesses respect communities’ rights. Drawing from the concrete experiences of communities, different aspects will be considered at the PCJP meeting regarding proposals for future actions. Among these are respect for communities’ self-determination, through the requirement to undertake a process towards free, prior and informed consent of communities, enshrined in international law. There is also need for properly enforced regulation. An example at international level is the work which has started on a binding UN treaty on business and human rights. The Holy See gave important support to the process towards a treaty through its statement in favor of a legal instrument during the 2014 UN Human Rights Council session that decided on the establishment of the process.[i]

In occasion of this meeting, Iglesias y Minería launched in different languages the documentary “Churches and Mining in Latin America”, exposing the situation in which indigenous peoples and traditional communities are threatened by those interested in mining heir territories.

[1] See Statement of the Permanent Observer of the Holy See to the United Nations in Geneva, 11 June 2014.

Notes for editors:
– The following people are available for interviews:
Patrizia Generoso (Brasil) – leader of the Conceição do Mato Dentro community, in conflict with the mining project “Minas-Rio”, of the mining company Anglo American.
Father Gillarme Joy B. Pelino (Philippines)- Fr. Joy Pelino was active in the community Tampakan, where the company Sagittarius Mines, Inc. (SMI), a subsidiary of the mining company Glencore, is currently preparing the dismantling of the largest untapped copper deposit in Southeast Asia.

The press release presenting the event, which took place on 17 July can be watched here: https://www.youtube.com/watch?v=1fVMGB_svLk

The inerventions of the press conference can be read here: http://press.vatican.va/content/salastampa/en/bollettino/pubblico/2015/07/17/0579/01250.html#int

Further material for journalists will be available after the meeting: “A day of reflection – In union with God we hear a plea”

– Some relevant quotes from Laudato Si’:

About business polluting the environment and exploiting resources:
“The export of raw materials to satisfy markets in the industrialized north has caused harm locally, as for example in mercury pollution in gold mining or sulphur dioxide pollution in copper mining. … The pollution produced by companies which operate in less developed countries in ways they could never do at home, in the countries in which they raise their capital: “We note that often the businesses which operate this way are multinationals. They do here what they would never do in developed countries or the so-called first world. Generally, after ceasing their activity and withdrawing, they leave behind great human and environmental liabilities such as unemployment, abandoned towns, the depletion of natural reserves, deforestation, the impoverishment of agriculture and local stock breeding, open pits, riven hills, polluted rivers and a handful of social works which are no longer sustainable”. (51)

About the need for consent by affected communities in the assessment of risks and benefits of projects:
“In this sense, it is essential to show special care for indigenous communities and their cultural traditions. They are not merely one minority among others, but should be the principal dialogue partners, especially when large projects affecting their land are proposed. … [I]n various parts of the world, pressure is being put on them to abandon their homelands to make room for agricultural or mining projects which are undertaken without regard for the degradation of nature and culture.” (146) “A consensus should always be reached between the different stakeholders, who can offer a variety of approaches, solutions and alternatives. The local population should have a special place at the table; they are concerned about their own future and that of their children, and can consider goals transcending immediate economic interest.” (183)

About the need for action at the international level to prevent wide-scale social and environmental damages by business taking place in the context of global markets:
“Enforceable international agreements are urgently needed, since local authorities are not always capable of effective intervention. Relations between states must be respectful of each other’s sovereignty, but must also lay down mutually agreed means of averting regional disasters which would eventually affect everyone. Global regulatory norms are needed to impose obligations and prevent unacceptable actions, for example, when powerful companies dump contaminated waste or offshore polluting industries in other countries.” (173)

About the relationship with nature only seen as a source of profit:
“When nature is viewed solely as a source of profit and gain, this has serious consequences for society. This vision of “might is right” has engendered immense inequality, injustice and acts of violence against the majority of humanity, since resources end up in the hands of the first comer or the most powerful: the winner takes all. Completely at odds with this model are the ideals of harmony, justice, fraternity and peace as proposed by Jesus.” (82)