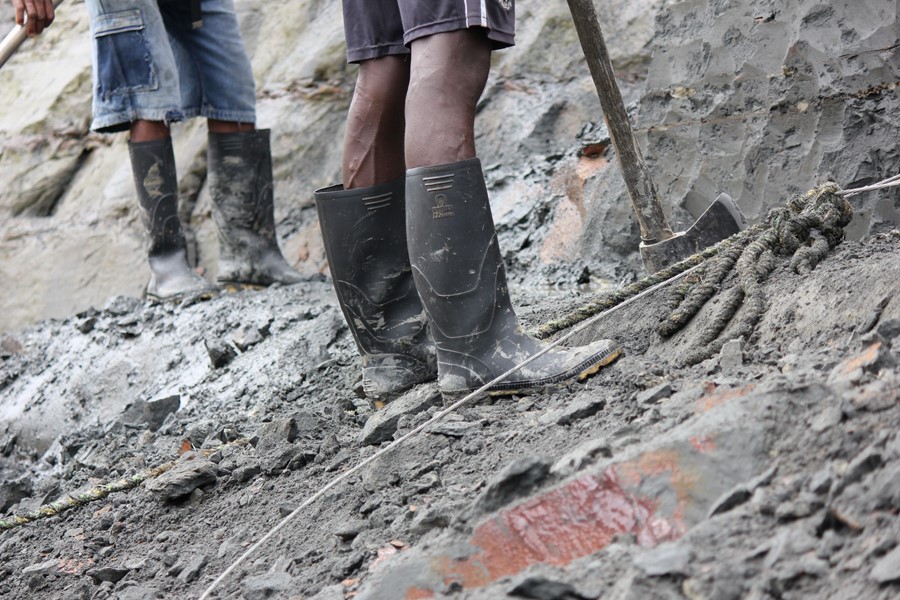 It is a sobering fact that your smart phone might contain conflict minerals. Even more so that EU member states are in the process of scaling back proposals that can help stop this, writes Léonard Santedi.

Abbot Léonard Santedi is Secretary General of the Bishops Conference of the Democratic Republic of Congo and a leader of its Commission on Natural Resources.

Last year the European Parliament voted in favour of a strong regulation that would help fight trade in conflict minerals, but member states have been looking to weaken the plans. We cannot let this happen.

High-level negotiations have gone behind closed doors in a trialogue process where the regulation is being watered down and rendered almost meaningless to those affected by this bloody trade. The next trialogue takes place this Monday 5 April – it is high time to make negotiators realise the impact of watering down the regulation voted by elected EU representatives in the parliament.

Millions of women, children and men in my country, the Democratic Republic of Congo, are facing violence, rape and death in areas surrounding mines, while companies along entire supply chains are not obliged to check whether their products contain conflict minerals. And yet, extracting and trading minerals finances armed groups and military forces who commit serious violations of human rights. This circle of suffering and violence must be stopped.

During my visit to Brussels in March, I took great heart from hearing people in the business sector who are keen to improve their practices, including views that the problem would be cut in parts with exclusion of the important pressure for due diligence in supply chains from consumer-facing companies. Unless member states agree on strong rules, dishonourable businesses will be allowed to continue to trade in murky waters. As a leading conservative MEP put it, he’s been around long enough in business and seen too many ‘Volkswagens’ to know that the value of self-regulation is zero – the agreement must be binding.

Under weak plans, originally proposed by the European Commission in March 2014, a limited number of smelters and refineries importing raw minerals would be encouraged to join a self-certification system voluntarily. During the ensuing debates, nearly 150 Bishops from around the world joined together to call for a more ambitious regulation in a statement coordinated by CIDSE, the international alliance of Catholic development organizations. Fortunately the parliament was bold, voting to require all European companies manufacturing or importing components and final products to check that their supply chains don’t fuel conflicts or turn a blind eye to human rights violations.

Member states and EU political leaders must now support a mandatory due diligence requirement for companies along the entire supply chain of products containing these minerals. They must support rules that align with the OECD’s due diligence guidance. Meanwhile, companies working downstream of metal importers, especially those that place products containing these minerals on the EU market, must be part of this process.

It is heartwarming to see the solidarity from EU citizens who are calling for stronger action, like in this online petition. In the absence of a strong mandatory rule, European citizens cannot have the guarantee that the products they buy and use daily are manufactured without violating human rights.

Citizens and bishops in my country and areas surrounding the Great Lakes have been encouraged by robust action by the United States. A study by our Commission on Natural Resources showed that the 2010 US Dodd Frank Act has spurred real changes on the ground by business actors of all nationalities towards responsible mineral sourcing, disproving claims that it was the source of negative impacts.

Cleaning up trade in minerals must be a common fight of all. In Congo we have a proverb that says, “One single finger can’t peel a banana.” In keeping with its values and respect for human dignity, the European Union has a great responsibility to match and raise global due diligence standards, not lower them. Hear our people’s cry of suffering, and cry of hope.

This article was originally published on Euractiv.