We can make a difference! – CIDSE
Skip to content 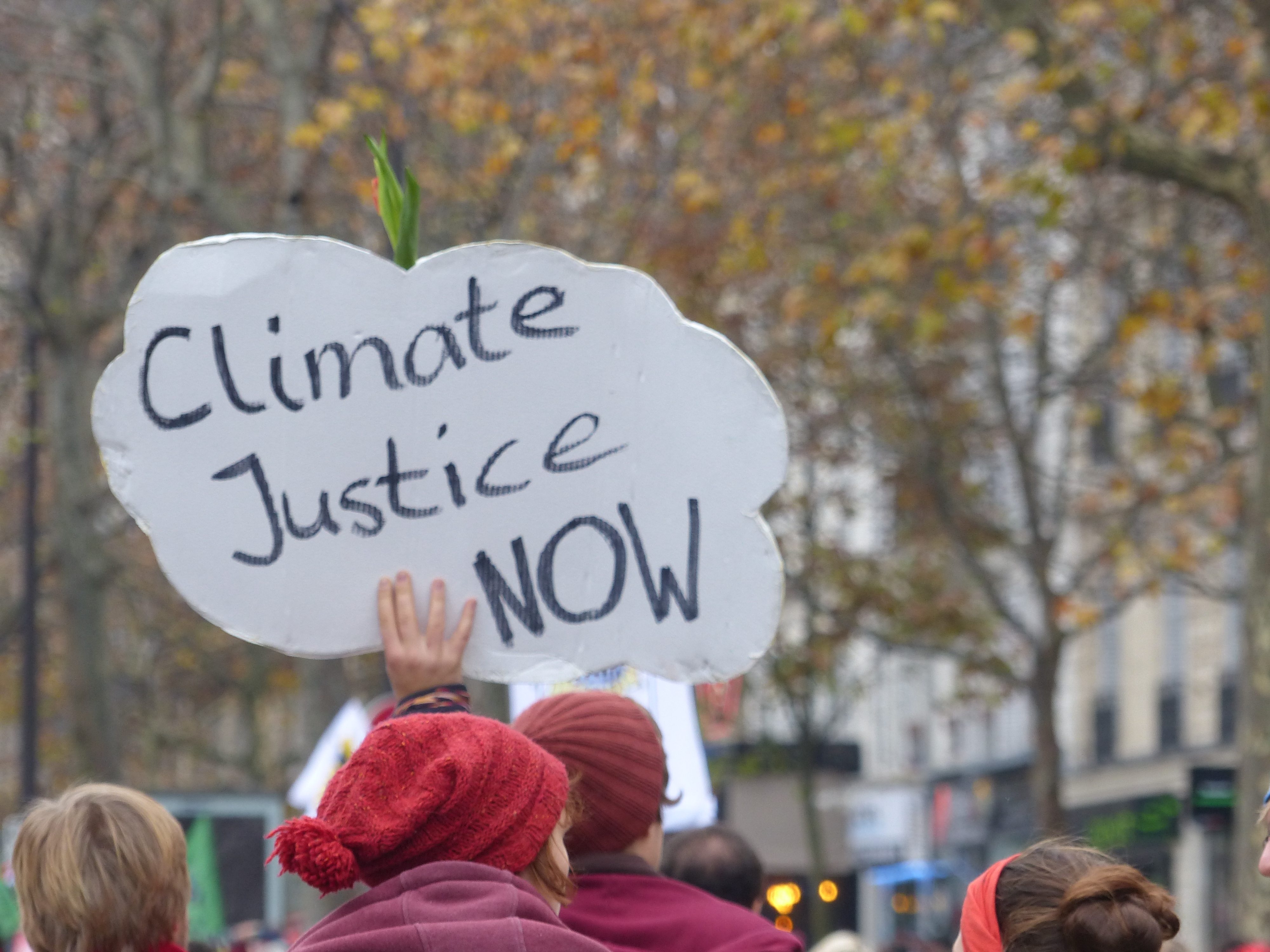 Around this time-last year Molly McCaffrey travelled to Paris with CAFOD and met with other supporters from CIDSE member organisations. At an event in Parliament, she reflected on the impact the trip to Paris has had on her own life. Their efforts, and that of thousands of other volunteers, charities, organisations and negotiators, resulted in the landmark climate agreement between over 200 countries, which entered into for this month. As climate talks continue this week in Marrakech, it is important to remember the lesson that she learnt on her tip – we can make a difference.

Molly McCaffrey is a young volunteer at CAFOD

I was utterly privileged to have been selected as one of the CAFOD volunteers who went to Paris. I believe that everything happens for a reason and being given that opportunity was exactly the experience I needed.

We were challenged to stay positive whilst conversations happened. We met fellow campaigners from around the world, listened to incredibly moving poetry and accounts from people who had personally been disadvantaged by the effects of climate change.

During the evenings when we would have time to wind-down, my mind felt heavy with doubts that perhaps COP21 wouldn’t be a success. But two things happened during that week that made me completely change my mind.

The first seems daft and simple: at a workshop we were encouraged to send a postcard, telling the recipient something we had learned. This came after a session where we were reminded how small changes can make a massive difference, such as reducing meat consumption, not driving, recycling and so on. They were things that we know can easily be altered if we were to be slightly more conscious of the consequences of our actions.
In my university house we are guilty of seriously over-using the washing machine and leaving the heating on too long, so I sent my postcard to my housemates in Durham, with one message: You can make a change
Then at the end of the trip we, as the CAFOD group (which by this point felt more like a family), joined hands with thousands of others at the Eiffel Tower. We made links that couldn’t be broken – moving and chanting together – as one powerful entity.

I spent the afternoon videoing, recording and photographing the moments, publishing them on social media. Just that afternoon, one 10 second video I posted on Facebook had over 800 views. I received so many comments and messages of encouragement on various social media platforms. The most memorable was from a boy at my High School saying he remembered me being his reading buddy five years ago and now I was in the paper and doing ‘all this cool stuff and that inspired him’.

Shortly after, I was nominated as one of the top 20 most influential students at Durham University, and after student voting I placed 10th overall. I was incredibly over whelmed, and conscious that my trip to Paris with CAFOD had reached so many people.

Paris reinstated something I think I already knew, deep down, but had let drift. I can make a change.