HRIA of the Tampakan Copper-Gold Project – CIDSE
Skip to content 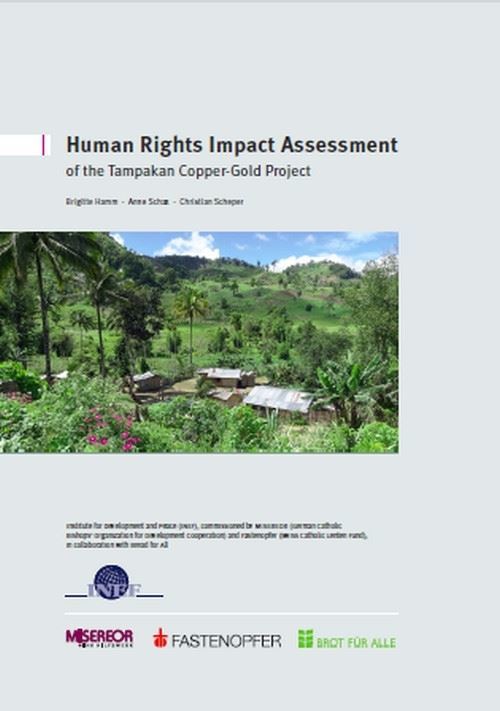 Human Rights Impact Assessmentof the Tampakan Copper-Gold Project. A report by the Institute for Development and Peace (INEF) commissioned by MISEREOR, Fastenopfer (Swiss Catholic Lenten Fund), in collaboration with Bread for All, June 2013

If realized, the Tampakan Copper-Gold Mine would be the largest open-pit mine in the Philippines and one of the largest of its kind worldwide. The project proponent, Sagittarius Mines Inc. (SMI), envisages a start of operations in 2019. Three main motivations lie behind this report. Firstly, research and experience in many areas of the world have shown that the extractive sector is the industry which has been most linked to adverse human rights impacts. Secondly, the project is situated in an area which is not only characterized by a very distinct and sometimes hazardous natural environment but is also affected by political and oftentimes violent confl icts. Thirdly, neither Philippine government authorities nor the company have carried out or commissioned an HRIA so far.  The report does not offer a comprehensive analysis of all impacts of the Tampakan Project. Instead, its focus is on expected impacts on those whose human rights could be most severely affected.