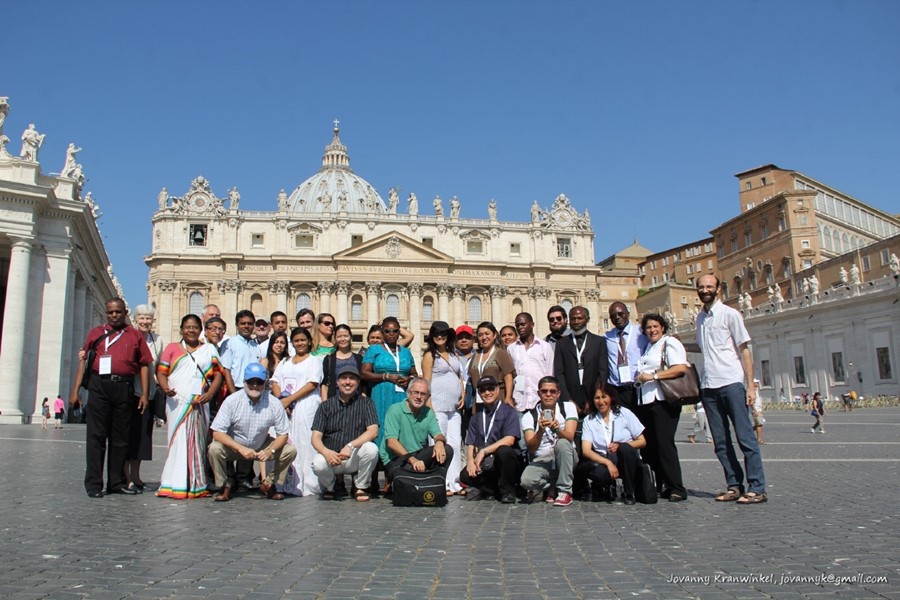 Open letter of the communities affected by mining operations, received in Rome by the Pontifical Council for Justice and Peace

CIDSE is happy to publish this letter written by the communities that participated in the meeting “In union with God we hear a plea”. CIDSE works closely with the Latin American network Iglesias y Minería (Churches and Mining), who collaborated in the organisation of the meeting.

On July 17-19, 2015 the Pontifical Council for Justice and Peace (PCJP), in collaboration with the Latin American network Churches and Mining, organized a meeting in Rome with representatives of communities affected by mining activities titled “In union with God, we hear a cry”.

This meeting was highly anticipated by our communities, which are increasingly organizing to be able to denounce grave human rights violations experienced: environmental destruction and contamination, health impacts, community divisions, uprooting from territories, sicknesses, loss of culture, prostitution, alcoholism and drug addiction, loss of their own economy, and the ties to organized crime that are generated by the mining industry. The communities are also organizing to establish common strategies of resistance and alternatives.

“The objective of this meeting is to acknowledge your human dignity”, affirmed Cardinal Turkson, President of the PCJP. Pope Francis has defined it “the immense dignity of the poor” (Laudato Sí – LS 158).

The Catholic Church is increasingly confronting the gravity of the impacts of mining, the profound wounds to the heart of the earth and the communities, which are a symptom of the “one complex crisis that is both social and environmental” (LS 139).

In his letter to the meeting participants, Pope Francis described the context of the mining conflicts with great insight and empathy: “You wished to gather here (…) to echo the cry of the many people, families and communities who suffer directly and indirectly as a result of the consequences, too often negative, of mining activities. A cry for lost land; a cry for the extraction of wealth from land that paradoxically does not produce wealth for the local populations who remain poor; a cry of pain in reaction to violence, threats and corruption; a cry of indignation and for help for the violations of human rights, blatantly or discreetly trampled with regard to the health of populations, working conditions, and at times the slavery and human trafficking that feeds the tragic phenomenon of prostitution; a cry of sadness and impotence for the contamination of the water, the air and the land; a cry of incomprehension for the absence for inclusive processes or support from the civil, local and national authorities, which have the fundamental duty to promote the common good”.

Cardinal Turkson concluded the event expressing to the communities: “We are aware of your isolation, through human rights violations, persecution, and an imbalance of power”.
Through this meeting, the suffering of the communities received valuable visibility and dissemination into the global public opinion.

Reflecting on the Social Doctrine of the Church, we participants arrived at the conclusion that the Church cannot simply be a neutral mediator between the communities and the companies. “Where injustices abound and growing num¬bers of people are deprived of basic human rights and considered expendable, the principle of the common good immediately becomes, logically and inevitably, a summons to solidarity and a preferential option for the poorest of our brothers and sisters” (LS 158).

The similarities in our reports and complaints reveal that there are repeated practices among the companies at all latitudes, often in alliance with national and local governments and with the mining sector’s strong influence and lobby in all spaces of power, with which the companies, supported by the design of laws that are offensive to life, seek to protect their operational projects and profit interests.

With this imbalance of strength and influences, with the lack of an adequate access to justice and to information, and in addition to the severe criminalization of social protest, it is practically impossible for there to be a dialogue with the companies and the governments that respects and accounts for the demands of the poorest people. In his encyclical, Pope Francis strongly recommends, “major paths of dialogue,” but he focuses on responsible political processes and decision making at the international, national, and local levels (LS 164-198). This is the level of dialogue that we can and wish to empower, with the determined positioning of the Pontifical Council for Justice and Peace.

We would also like to express our concern with regard to the strategy that the large mining corporations have employed to approach the institutional Church. We highlight the contradictions between the discussions held in Rome by these multinationals and their local practices, which continue in the majority of cases to violate human rights in the territories.

In this sense, the words that Pope Francis wrote us on this occasion gain even more strength: this is not a matter of seeking small adjustments in conduct or elevating a little the so-called “corporate social responsibility” standards. Instead, the Pope said that “The entire mining sector is undoubtedly required to effect a radical paradigm shift to improve the situation in many countries”.

We celebrate this meeting because the cry for help from the communities is being heard and they are increasingly organized. However, we also identify the challenge for us to guarantee the human rights and the protagonism of the communities in their territories: “new processes taking shape … need to be based in the local culture itself” (LS 144).

We will be very interested to receive the document that the Pontifical Council for Justice and Peace will prepare with the reflections and suggestions related to the conflicts provoked by mining activities. We deeply desire for it to be a pastoral document: on one hand it could reinforce and empower the communities confirming their dignity and their life projects, and on the other hand it could recommend to local churches the importance of education in caring for Mother Earth, defending the victims of conflict and of criminalization, promoting policies and institutional actions to protect socio-environmental rights, and also to be vigilant in relation to companies.

In the meeting with the business leaders of the large mining companies, we would suggest the PCJP add its unequivocal support to what many peoples and organizations around the world have been demanding: progress toward the design of the Binding Treaty on Business and Human Rights, currently under development in the UN.

Finally, we consider that the most appropriate option to manage conflicts between the companies enjoying State support and the communities that exercise their rights to territory is the total full respect of human rights and the existing laws and treaties, as well as the establishment of new consistent regulatory, political, legal, and economic instruments, both at the national and international level (LS 177); “The local population should have a special place at the table; they are concerned about their own fu¬ture and that of their children, and can consider goals transcending immediate economic interest ” (LS 183). Communities have the right to say “no” to mining. 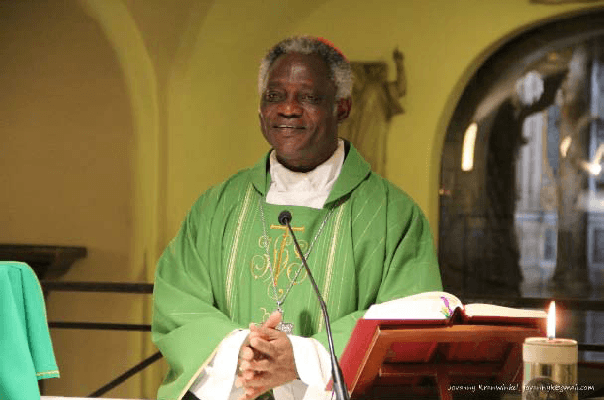 In this sense, we reiterate the importance of guaranteeing areas that are free from mining (“no go zones”). These are regions of special ecologic protection, communities in small territories that would be destroyed by giant mining projects, sacred spaces where the history of a people and its culture are celebrated, areas of particular natural beauty, or places where communities that have already been displaced are settled, among others.

Cardinal Turkson guaranteed us that this meeting represented another stage in the long-standing commitment of the Pontifical Council: “It is not only the Vatican that hears the cry of the victims. The bishops do too. We will animate the local bishops to remain closer to the affected communities”.

We thank the Catholic Church for hearing the cry of those affected by mining and we wish to continue walking in hope “so that the Kingdom of justice, peace, love, and beauty may come.”

Rome, July 28, 2015
Signed the communities that participated in the meeting “In union with God we hear a plea”