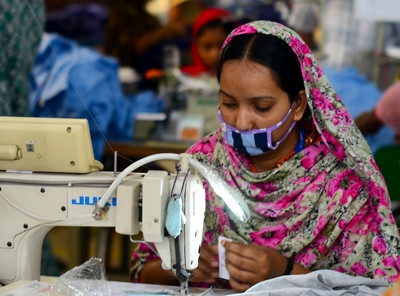 75 civil society organisations, trade unions, research organisations, law firms and academics from 17 countries express their support for the French corporate duty of vigilance law and ask the French Constitutional Council to reject objections brought against the new law by a minority of French legislators.

On 21 February 21, the French National Assembly adopted the corporate duty of vigilance law. Under this new law, the largest French companies will have to assess and prevent their adverse human rights and environmental impacts. This includes impacts linked to their own activities and those of their subsidiaries, as well as activities of suppliers and subcontractors, with whom they have an established commercial relationship.

The law also empowers victims and other concerned parties to bring their issues before a judge. The judge can fine companies up to 30 million euros, and hold companies liable when harms take place that an adequate plan would have prevented.

We welcome this law and consider it a major milestone towards improving corporate respect for human rights and the environment.

We regret that a group of Members of the National Assembly and Senate have immediately challenged the law before the Constitutional Council (the highest constitutional authority in France), in a last attempt to invalidate it after losing the democratic legislative battle. Their opposition to the law echoes the position and opposition of corporate lobby – particularly MEDEF and AFEP – towards any kind of corporate liability for environmental and human rights infringements.

We strongly believe in the importance and the validity of the law. It is a reflection of and a response to States’ international commitments in the area of business and human rights, building on the UN Guiding Principles on Business and Human Rights. The legal concept of vigilance – similar to the concept of due diligence – is well-established and widely used in France and other jurisdictions. The input based obligation it creates (French: obligation de moyens) is a reasonable step towards a more responsible business sector.

Competitive companies know how crucial it is to anticipate and manage their non-financial risks, and those already practicing due diligence should not be subject to unfair competition from reckless companies. The law will help create a more level playing field.

The most severe human rights violations and environmental damages are usually linked to global supply chains or the actions of subsidiaries, and often take place with impunity. The overwhelming majority of French citizens consider this unacceptable. The G7, the Council of the EU, the European Parliament and the OECD have also stressed the importance and urgency of moving towards responsible supply chains.

Business and market responses to these problems have proved thus far ineffective, despite efforts by some companies and a few sectorial initiatives. To tackle the serious issues connected to global supply chains and complex corporate structures, we need to address the root cause: company operations extend transnationally,

and national and international legislation does not reflect this. This allows European companies to evade responsibility for damages that occur outside European borders, or in their supply and subcontracting chains.

In the absence of an international or European legal framework, pioneer states have to pave the way. France already demonstrated this. Its 2010 law on non-financial reporting – that French business fought against, claiming it would create a competitive disadvantage and extra administrative burdens – inspired the 2014 European Directive that now applies to over 7,000 companies.

The duty of vigilance law is likely to have a similar knock-on effect in Europe. France is not alone in striving to improve corporate accountability. Similar legislative developments have taken place, or are currently being discussed at EU level, and in the UK, the Netherlands and Switzerland. Several other Parliaments are debating the issue. The French law will only steer towards larger convergence.

The European Union is at a crossroads. It is imperative to put the rights of people at the centre of its political and economic project. With this reform, the French Government and Parliament have demonstrated the kind of political courage and leadership that is needed to shape a new Europe.

We hope the Constitutional Council will not side with the legislators objecting to the law, and move against a text that is the result of a long and robust legislative process. Human rights and the environment should always come before business interests, and the Council’s decision will affect the lives of hundreds of thousands in global supply chains.

We call on French business to support the law, as some companies have already done.

We urge French legislators from all political parties to side with the majority of French citizens and support this historic reform. French authorities should now work together with companies on its effective implementation; and with other governments and the European Commission on stimulating EU-wide reforms.