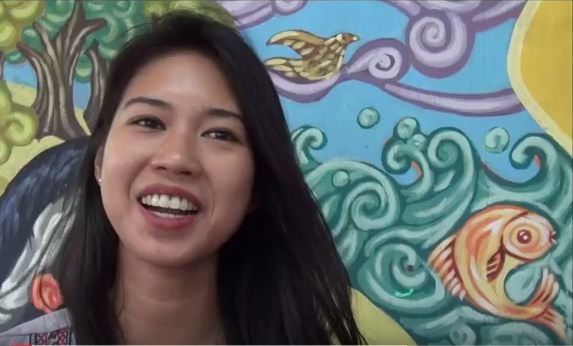 Representatives from two Filipino NGOs point out the main issues related to the current extractivist model in their country. Instead of the benefits promised by companies, they see that local populations suffer from environmental degradation and deteriorated living conditions. People are organizing to defend their rights and build alternatives to large-scale mining.

In the Philippines, a country which is rich in natural resources, large-scale mining is the dominant model, with all the consequences that come with it. Meggie Nolasco is from the Center for Environmental Concerns (CEC), a non-governmental organization founded through the initiatives of organizations representing fisherfolk, farmers, indigenous peoples, women, urban poor, and professional sectors. In this video she explains how, since 1995, when mining was liberalized in the Philippines, it has had a huge negative impact on the country. “Mining here is both a curse and a gift, because we are very rich in natural resources and the government claims that if we develop all our natural resources we could be one of the ten mineralized countries (top ten mineral producing countries), but at the same time, because of that, foreign companies come here in the Philippines and exploit and plunder our mineral resources” said Meggie, highlighting one of the greatest contradictions of the sector. This cycle has dragged the Philippines into deeper poverty, and according to Meggie “It’s a great irony that we are rich, yet we are not able to use our resources to develop the country”.

Communities are however learning to fight back, larger protests are being organized and lobbying activities are being led in Congress and in other relevant spaces. CEC fights for a different economic and mining model, based on the People’s Mining Policy which they have drafted with the grassroots organizations. They push for the nationalization of the mining industry, where the people would take command of the resources and manage the processing of them. Minerals should be extracted according to the needs and the specific characteristics of the local communities, and this way break the vicious circle of poverty.

Sammy Gamboa from the NGO Freedom from Debt Coalition is a Filipino activist and member of the anti mining alliance in the Philippines. At a workshop held alongside the COP21 in Paris, he explained that for more than ten years the anti mining movement has put forward alternatives to replace the mining act of 1995 which opened the entire natural resources of the Philippines to mining investors.

Despite the difficult territory they are operating in and the long way still to go, over the years some victories were achieved by the anti mining movement. First of all in terms of framing of the problem, they were able make the issues and consequences caused by mining known, which changed the perception and understanding of the people. A wide range of tools including legal research, and the different legal instruments that could be used to defend resources and the struggle of indigenous peoples to defend their land were developed and helped defend the cause; tools like the Environmental Impact Assessments, Human Rights Assessments are now used to amplify the legitimacy of struggles on the ground.

The situation also improved in terms of the resistance of communities in the impacted areas which is now increasingly developing: also Sammy confirmed that people are learning to fight back. Moreover, according to Sammy, as the Philippines are also one of the climate change hotspots, the issue of mining should be connected to the broader climate justice movement; it is necessary to challenge existing systems that lead to plunder of resources and destruction of our communities in different ways.

The current model has upset and changed dramatically the existence of many communities around the world. The emergence and building of alternatives to extractivism has the potential to empower such communities and allow them to flourish while managing their lands and resources. As stated in the report “Capitalism and Mineral Extraction: a necessary divorce” by Commission Justice et Paix Belgique, actively involved in CIDSE’s mining work, anti-mining struggles are spreading all throughout Latin America, Africa and Asia. Local populations engaged in the struggles usually oppose mining projects while promoting other kinds of economic activities that are less impactful and more appropriate for the local reality. The report asks citizens whether this rapacious exploitation is really inevitable and invites questioning of the fundament of our economic model as well as the way we relate to nature. Rather than considering nature as something that is at our disposal for exploitation, we should think of ourselves as being part of nature. ,

The Center for Environmental Concern is partner of our member organization Development and Peace.

The Freedom from Debt Coalition is a key ally of CIDSE and its members.