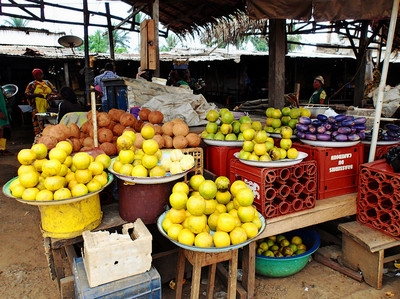 The European Parliament is voting today in plenary session on regulation standards for the implementation of the Financial Instruments Directive (MiFID II). CIDSE is calling on MEPs to either improve or reject the European Commission proposal as it only partly meets the requirement of the European Parliament to terminate scandalous and purely speculative transactions on food and raw materials.

Dear Member of the European Parliament,

As many others, CIDSE – the international alliance of catholic development agencies – welcomed the launch of MiFID in 2014 with the aim to regulate the commodity markets and, above all, to limit the excessive speculation on food-related commodities. Since the financial and food crisis of 2007-2008, excessive food speculation has increased volatility of the agricultural markets and has resulted in high price spikes for food products. People living in poverty in developing countries are particularly affected because they do not have social security systems that could prevent hunger and impoverishment. This also directly affects food producers – and more specifically poor farmers – who do not have enough capital to invest to buffer themselves against such unpredictability, de facto compromising long term production and optimal investments[1]. In order to ensure food security, to realize the human right to food and meet the Sustainable development Goal number two (ending hunger and all form of malnutrition), we therefore urgently need a strict containment of speculation on food under the MiFID. The moral imperative to change course has been highlighted by Pope Francis: “it is increasingly intolerable that financial markets are shaping the destiny of peoples rather than serving their needs, or that the few derive immense wealth from financial speculation while the many are deeply burdened by the consequences”. His statement echoes the words of Pope Benedict who also addressed the issue quite strongly[2].

Unfortunately, the proposed technical regulation standards (RTS 21) of the European Commission would only partly meet the requirement of the European Parliament to terminate scandalous, purely speculative transactions with foodstuffs and raw materials. We call upon you to support the following improvements in the area of position limits[3]:

• The procedure on the position limits proposed by the EU Commission continues to allow national authorities to set very high and thus ineffective limits. Under certain conditions, position limits of up to 35 percent are possible. This means that a single trader can hold 35 per cent of the food on the market at the end of the term business, such as wheat or maize. This means that only three traders can control the financial market of a commodity. From our point of view this is clearly too high. We believe a position limit of 10 to 15 percent for food and raw materials to be effective.

• The EU Commission also proposes to mitigate the positional limits on the joint assessment of the main company, including its subsidiaries. In the present proposal, companies can circumvent this rule if they can demonstrate that the principal company has no influence on the investment decisions of its subsidiary with respect to the positions. In reality, however, it is clear that the interlinking of parent and subsidiary companies cannot be clearly separated. There is therefore the risk that individual companies in the agricultural sector might exert too strong an influence or a dominant position on the market.

With these additional improvements, the MiFID II Directive could become an effective regulation that effectively reduces speculation on food and commodity markets. This would make an important contribution to ensuring food security. In the case the inclusion such improvements would not be possible, we call upon you to reject the Commission’s proposal.

[1] For more information, please refer to our publication “food price volatility: consequences and impacts on the human right to food”
[2] “Pope says « selfish » food speculation causing hunger », REUTERS, July 2011: http://www.reuters.com/article/us-pope-food-idUSTRE7601YR20110701
[3] In line with the requests made by the European Parliament negotiating team: https://europe.fia.org/sites/default/files/content_attachments/D51226_Hill_Regulatory%20technical%20standards%20under%20MiFID%20II_MiFIR%20-%20CL.PDF