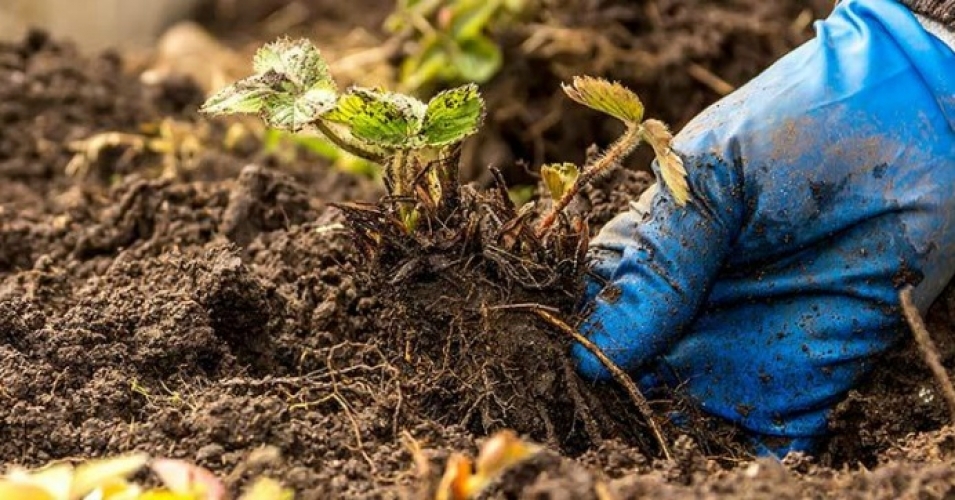 One of the worst droughts in living memory continues to threaten East and Southern African countries, brought on by the recent El Niño event. More than 40 million people across the continent are projected to be food insecure until early 2017, as maize harvests wither and millions of livestock perish from lack of water and food.

This article was originally published on Common Dreams.

Scientists expect more frequent and more intense droughts in a changing climate. As temperatures rise, soil moisture levels are depleted more quickly. As rainfall patterns change, farmers experience less frequent and/or more intense rains, leading to reduced or failed harvests. The current El Niño impacts give us a glimpse of the future under climate change, with greater variability in yields and greater vulnerability of food systems.

Regrettably, action on climate change has been too slow. Though countries have committed in the recently concluded Paris climate agreement to keep warming below a 2°C increase above pre-industrial global average temperatures, and to attempt to stay below 1.5°C of warming, the voluntary actions currently being taken by governments under that agreement put us on track globally for 3 or 3.5°C of warming. According to climate scientist Kevin Anderson of the Tyndall Center for Climate Change Research, that magnitude of temperature rise is “incompatible with an organized global community, is likely to be beyond ‘adaptation’, is devastating to the majority of ecosystems, and has a high probability of not being stable.” For example, climate model predictions with that level of warming indicate long-term droughts and desertification settling in across most of Southern Africa.

We ignore the urgency of climate action at our peril. While much of our attention on climate impacts is focused on hurricanes, cyclones, and the damage of storm surges, the creeping desiccation of many productive areas around the world poses grave risks to stable, let alone increasing, food production. The breadth and severity of impacts from the current El Niño are a realistic indication of what the future holds if we do not manage to quickly transition our economies away from fossil-fuel-based energy sources.

Action in the agriculture sector is also essential. Two strategies in particular are key.

First, we must decrease agriculture’s contribution to the climate problem. Roughly 13% of global emissions come directly from agricultural production, in particular through industrial meat production and consumption and the production and use of synthetic mineral nitrogen fertilizers.

Beef and dairy are particularly problematic. Scientists have estimated that if we reduce meat consumption in the global North to the world’s average—about 35 kg/year/person—we could cut in half the greenhouse emissions coming from the livestock sector.

If we switch from synthetic nitrogen sources—which require very high temperatures as well as natural gas as feedstock in their production, which alone contributes 1% of total global emissions annually—to organic sources of nitrogen fertilizer, we can further dramatically reduce emissions from the agriculture sector.

The other essential strategy is to build resilience in our farming systems. One way to do this is by paying attention to the health of our soils. By deliberately building soils with natural fertility-enhancing technologies—including manure, compost, and cover cropping—we can increase their fertility at the same time we increase their water-holding capacity. Soils can withstand longer dry periods and can absorb more rainwater in extreme precipitation events. For example farmers in Zambia, working with the Kasisi Agricultural Training Center, were able to increase their yields and soil moisture using agroecological practices, which led to an overall increase in household food security.

Another essential element of a resilience-building strategy is seed and crop diversity. By increasing the diversity in their fields, farmers create a buffer against variable weather and the changing climate. One year might be drier and the next wetter. Growing a range of crops, and different varieties of their staple crops, helps them continue to produce food even as conditions change. But to keep pace with changing climates, farmers not only need seeds, they need knowledge of successful climate adaptation practices, and networks to share knowledge and seeds. The Farmer-Scientist Partnership for Development—MASIPAG in its Philippine acronym —is a shining example of such a network: joining tens of thousands of farmers across the Philippines, working together with scientists, to share both knowledge and seeds better adapted to changing climatic conditions.

These low-cost agricultural technologies—of improved soil and water management and farmer-to-farmer networking and seed sharing—are elements of an agroecological approach to crop production, and will be essential components of our efforts to continue to produce food in the face of climate change.

The theme for this year’s World Food Day is “Climate is changing. Food and agriculture must too.” That fact is more than obvious. But we must critically ask the question: “But how?” Tinkering around the edges, engineering small tweaks in how we produce and consume food will not suffice. Nothing less than a fundamental transformation is required.